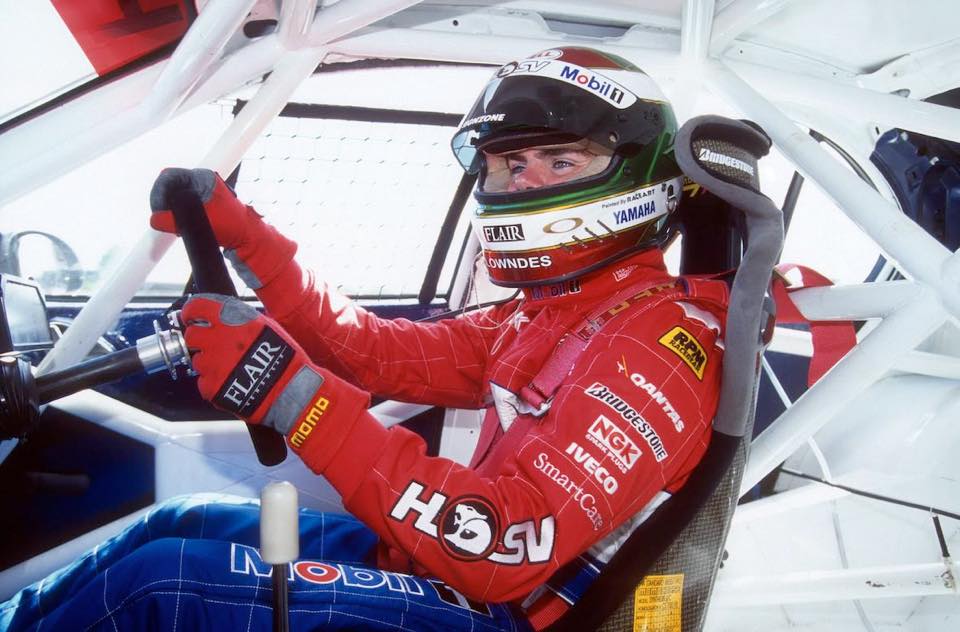 Former Holden Racing Team boss Jeff Grech has indicated that if it was not for John Harvey, Craig Lowndes may never have secured a full-time drive with the famous factory team.

Harvey, who passed away at the weekend of lung cancer at the age of 82, was employed at Holden Special Vehicles and was Holden Motorsport boss at the time of the Lowndes signing.

Lowndes was given what was to be a one-off ride at Sandown with Brad Jones in the 015 HRT Commodore and they finished fifth. He kept his ride for the Bathurst 1000 after the unavailability of European Rickard Rydell.

Lowndes and Jones finished second to Dick Johnson and John Bowe at Bathurst, but not before Lowndes had made a legendary outside pass on Bowe at Griffins Bend with just 11 laps to go, before giving the lead back a lap later.

A year later Lowndes started from pole at Bathurst, but both HRT entries were out of the race early with oil pressure issues.

It was enough for Grech to push his team owners as hard as possible to have the 21-year-old in one of the HRT cars full-time.

Thankfully for Lowndes, Harvey was observing every move and his stamp of approval gave enough clout to get the deal done, according to Grech.

“He (Harvey) was instrumental in helping us get (Craig) Lowndes to HRT in a full-time ride,”said Grech.

“When I was privately testing Lowndes, John would come down and observe.

“The heat was on me when I was pushing for Lowndes to be in the team and John backed me up, by saying that he had seen him in action and that the kid could drive.”

As it turned out, the decision to hire Lowndes full-time in 1996 was justified when he won the touring car championship on debut and also won the Sandown 500 and Bathurst 1000 with Greg Murphy – Lowndes was the youngest ever Bathurst 1000 winner at the time.

Lowndes would go on to win the next two championships for HRT, and another six Bathurst titles for Triple Eight Race Engineering.

Despite all his success Lowndes was unaware of Harvey’s influence on the decision to be in the HRT seat until he was contacted yesterday.

“I knew there was some resistance to me being in the car full-time from some members of the team and some sponsors, but I never realised how much influence John had had in getting me the ride,” Lowndes admitted to Speedcafe.com.

“I had known John through my dad (Frank) and was obviously aware of what he had achieved in the sport and what influence he had on the Holden brand and in racing.

“Looking back, he was always around and was there whenever I needed a bit of advice.

“Jeff (Grech) has never really opened up on John’s influence with me either.

“John was a legend of the sport and I guess I owe him more than I ever knew.”

Grech actually started working with Harvey at the Holden Dealer Team and was part of his crew for his 1983 Bathurst 1000 victory.

Harvey worked with Brock in his racing and road car operation before it imploded after the infamous Energy Polariser period.

They reunited when Grech moved to the Holden Racing Team and Harvey was with Holden Special Vehicles and also Holden Motorsport boss.

“He was loved by everyone at HSV and through their dealer network,” said Grech.

“Brock would have been f**ked without him.

“He handled so much stuff that Brock didn’t want to take care of.

“He was a father figure to me when I was younger.

“He was always ready to give advice and if you had a bad weekend he would sit down with us and work through things and get us going again.