Russell still coming to grips with Mercedes after qualifying P2

Russell still coming to grips with Mercedes after qualifying P2 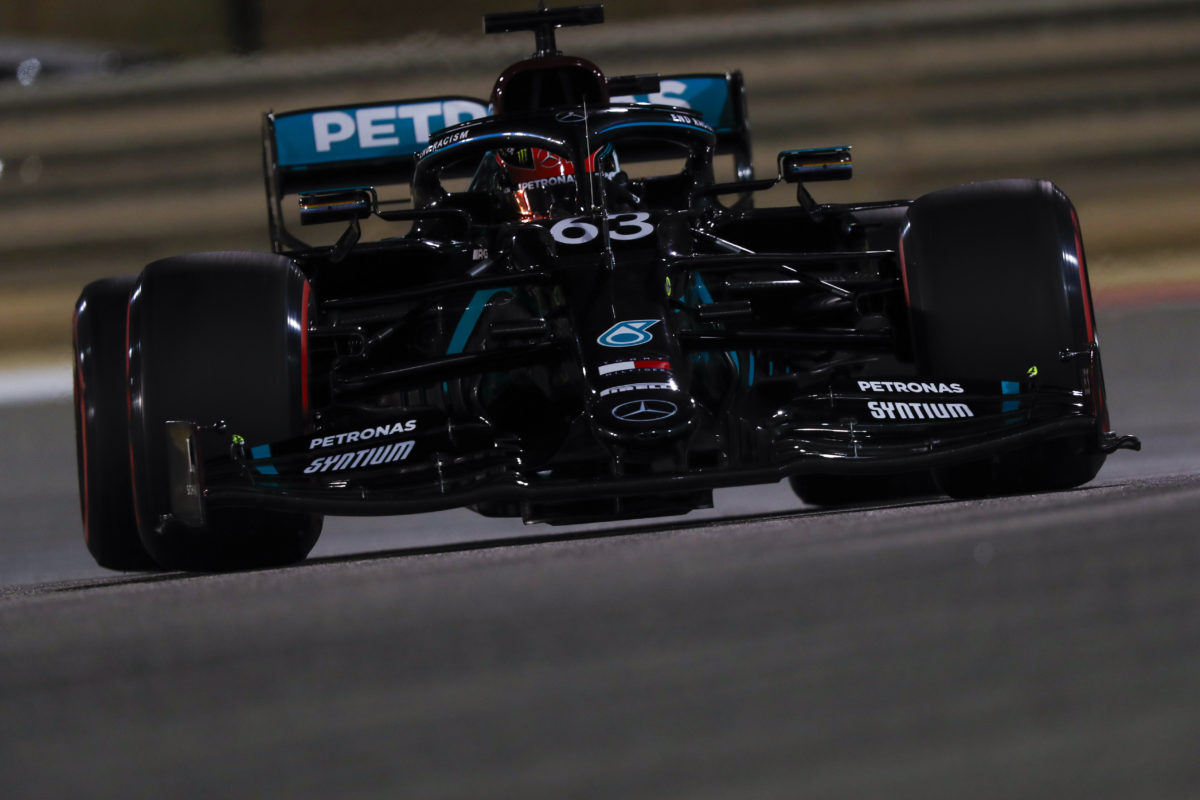 George Russell has admitted that he is still not fully across the Mercedes W11 he’ll race in the Formula 1 Sakhir Grand Prix despite qualifying second on the grid.

While pleased with his performance, Russell was left ruing the fact that he missed a maiden F1 pole by such a slender margin despite still grappling with the championship winning car.

“It is a really different way of driving, to be honest,” said Russell of the Mercedes versus the Williams he usually pilots.

“I’m trying to unlearn what I learned at Williams, and relearn how to drive this car fast.

“I tried a lot of things in FP3 and it didn’t go well so, to be honest, I’d have been happy just to get through to Q3 after final practice.

“I’m really pleased; we got it pretty much all together on the final lap.

“Obviously (I’m) gutted to miss out on pole by 20 milliseconds, but if you told me last week I’ll be qualifying P2 on the grid next week, I think I wouldn’t believe you.”

Russell explained that much of his battle was the result of muscle memory built over two seasons with Williams.

That impacted not just his driving, but his ability to change car functions on the steering wheel.

“Arguably, I probably would’ve been better off if I’d just came in with an open mind and not raced this circuit, or at least half of this circuit, last week.

“This car is just completely different.

“Even in qualifying, I pressed neutral at one point instead of something else.

“You don’t even think about these things and it just naturally happens,” he added.

“(Mercedes has) been trying to modify as much as physically possible just to make things easier for me.

“It’s been a lot of work and still takes a bit of time; it takes a couple of races just to understand all of that.”

Russell’s qualifying performance, in which he all but matched Bottas, will see him line up on the front row of an F1 grid for the first time.

Looking forward to the race, he is conscious of the lack of experience he has in the Mercedes, and the impact that could have on his race.

“I’ve got nobody in front of me tomorrow, which I’ve not experienced for a long, long time,” Russell said.

“It’s going to be really tricky. Qualifying is what I feel most comfortable with as it’s just balls out, everything you’ve got.

“Tomorrow, you need a bit more control, a bit more finesse, and I just haven’t had (that) experience yet.