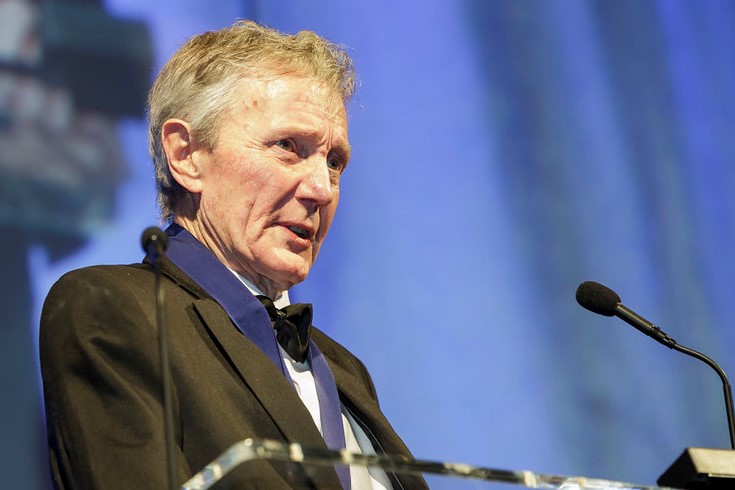 John Harvey, Australian Motor Sport Hall of Fame member, recipient of a Medal of the Order of Australia, and 1983 Bathurst 1000 winner, has passed away.

The 82-year-old, whose glittering racing career began in the 1950s, died peacefully on Saturday evening.

“Last night at 8:45 sadly our Dad, John Francis Harvey, passed away peacefully with his family by his side,” a message from the family read.

“Most people will have fond memories of Dad’s amazing racing career and the great memories of him will live on forever.

“To us he was much more, a wonderful husband, father, grandfather and great grandfather, supporting all of us whenever we needed his guidance and love.

“What a life he has lived travelling the world racing with and against the best in the business, always a true gentleman.

“We all know his most proudest achievement was us. We will dearly miss him but we know the time was right.”

It was announced last month that Harvey was suffering from terminal lung cancer, and was being cared for by family.

Born in Sydney in 1938, Harvey is best-remembered for his victory at the 1983 Bathurst 1000 alongside Peter Brock and Larry Perkins.

An engine failure early in the race saw Brock take over the second Holden Dealer Team entry which was piloted by Harvey and Phil Brock.

He cut his teeth in speedway from 1953 before switching to road racing, winning the 1966 Australian 1.5 Litre Championship.

In the late 1960s he became involved with Bob Jane’s racing operation, winning the 1971 and 1972 Australian Sports Car Championship driving a McLaren M6B.

There was also success in Sports Sedans, and in 1979 he finished third in the Australian Touring Car Championship in a HDT LX Torana A9X.

Alongside his success at Bathurst in 1983, he finished third in the 1984 Castrol 500 at Sandown, and won his class in the 1987 Spa 24 Hours with Allan Moffat and Tony Mulvihill driving a Group A Holden VL Commodore SS.

Together with Moffat, he was also successful at the opening round of the World Touring Car Championship in Monza that same year.

He also won the World Solar Challenge from Darwin to Adelaide that November, completing the more than 3000km journey in just over five days.

He was also Safety Car driver for a number of years, and took up a role with CAMS observing license testing.

In 2018 he was inducted into the Australian Motor Sport Hall of Fame and was this year received a Medal of the Order of Australia (OAM) for his services to motorsport.

Speedcafe.com offers its condolences to the Harvey family and his many friends.