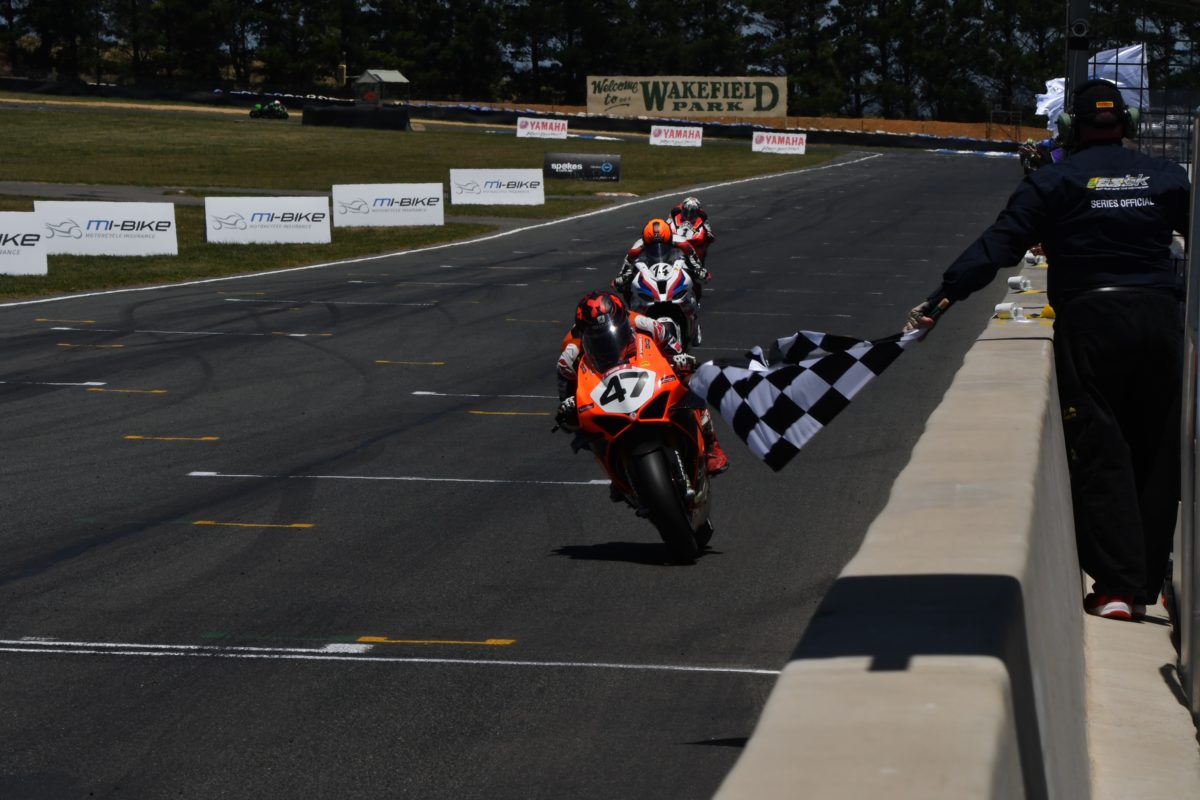 Wayne Maxwell has clinched the 2020 Australian Superbike Championship with a race to spare after Troy Herfoss suffered a technical failure while leading the Round 3 opener at Wakefield Park.

Herfoss put his Penrite Honda on pole in the Kawasaki Superbike class and quickly gapped the field, enjoying an advantage of 1.5s over Maxwell after just six laps.

He was still about that far ahead when he pulled off at the Fish Hook on Lap 13, ceding the race lead to Maxwell and losing what small chance he had of running down the Boost Mobile Ducati rider in the standings.

The championship leader was kept honest by Glenn Allerton throughout the 17-lap affair but ultimately beat the BMW rider to victory by 0.403s.

The man currently carrying the #1 plate, Desmosport Ducati’s Mike Jones, emerged fourth from the start and maintained that position until Herfoss’ demise, after which he held third for the rest of the journey.

Herfoss was one of three DNFs, having put eight tenths of a second on the field in just the first lap and run on his own before his Honda failed.

The final race of the season is scheduled for 14:50 local time/AEDT, with 18 laps the distance. 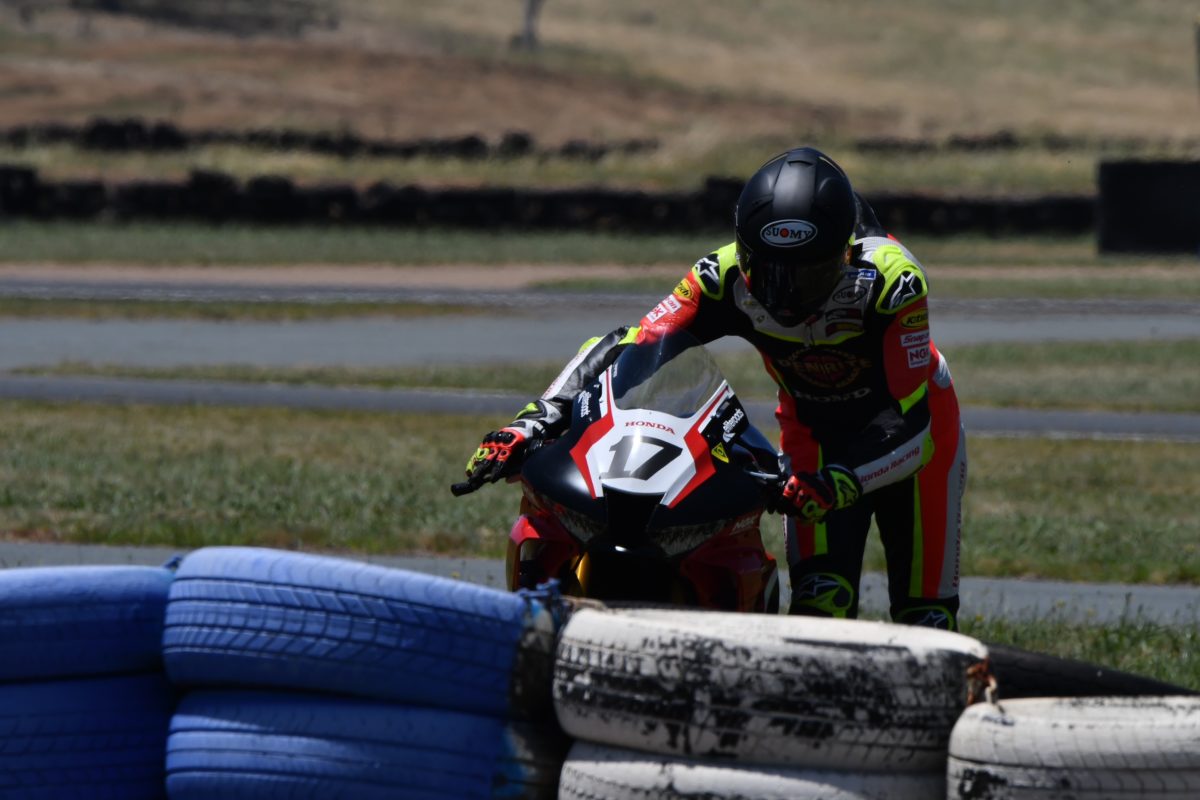