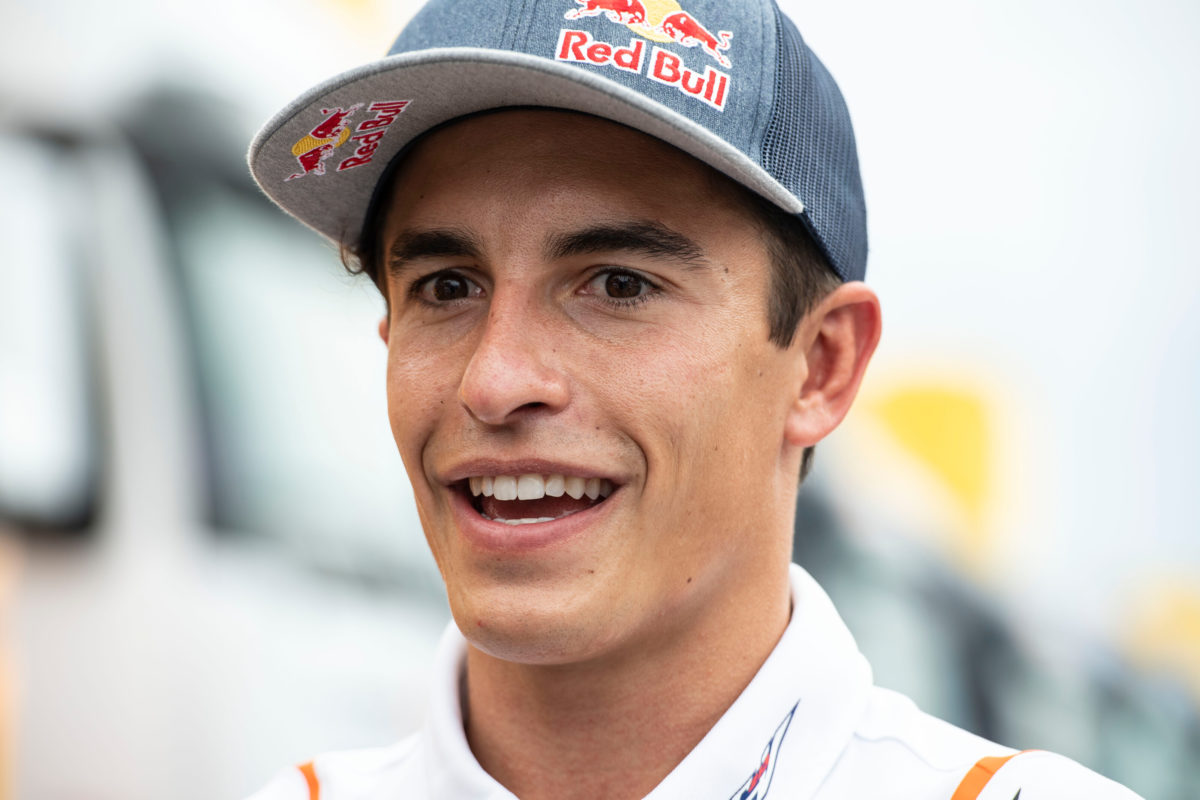 Marc Marquez has admitted his attempt to return just a week after breaking his arm in the opening round of the MotoGP season was a mistake.

Marquez crashed out of the Spanish Grand Prix after charging through the field to second following an early mistake which left him down the order.

Having undergone surgery in the days following the event, the six-time premier class world champion attempted to return just a week later in the Andalusian Grand Prix.

However, that appearance was cut short following qualifying as a result of the injury.

“This year has taught me many things, starting with the injury to my arm,” Marquez told Spanish publication DAZN.

“The return was hasty.

“My plate broke at home, opening a sliding door that I have to go out to the garden, but the plate did not break there, it did so as a result of all the stress that was created in Jerez.

“It was a mistake, I’ve learned.

“After the first operation, the first question of every rider is: when can I get back on the bike?

“It is the doctor who has to know how to stop you, he is the one who has to be realistic.

“I went to Jerez with the peace of mind that the plate held because they told me so.

“I am brave but not thoughtless. If they tell me that the plate can break, I don’t get on a motorcycle.

“They are things that you learn, they help you for the future. They are experiences that, when we get out of this, make you mature.”

Since the 2020 season ended, Marquez has undergone surgery for a third time, which could see him miss the opening six races of the 2021 campaign as he recovers.

Suzuki’s Joan Mir won the 2020 MotoGP championship in a season which saw Fabio Quartararo win the opening two grands prix of the year.

The Frenchman faded to eighth in the points standings, despite claiming a third win later in the season.

Takaaki Nakagami was the highest placed of the Honda riders in the championship, finishing 10th with 116 points on the satellite LCR machine.

Alex Marquez was the best factory Honda rider, ending the year 14th with two second place finishes to his name.

The 2021 MotoGP season is set to begin in Qatar in late March.