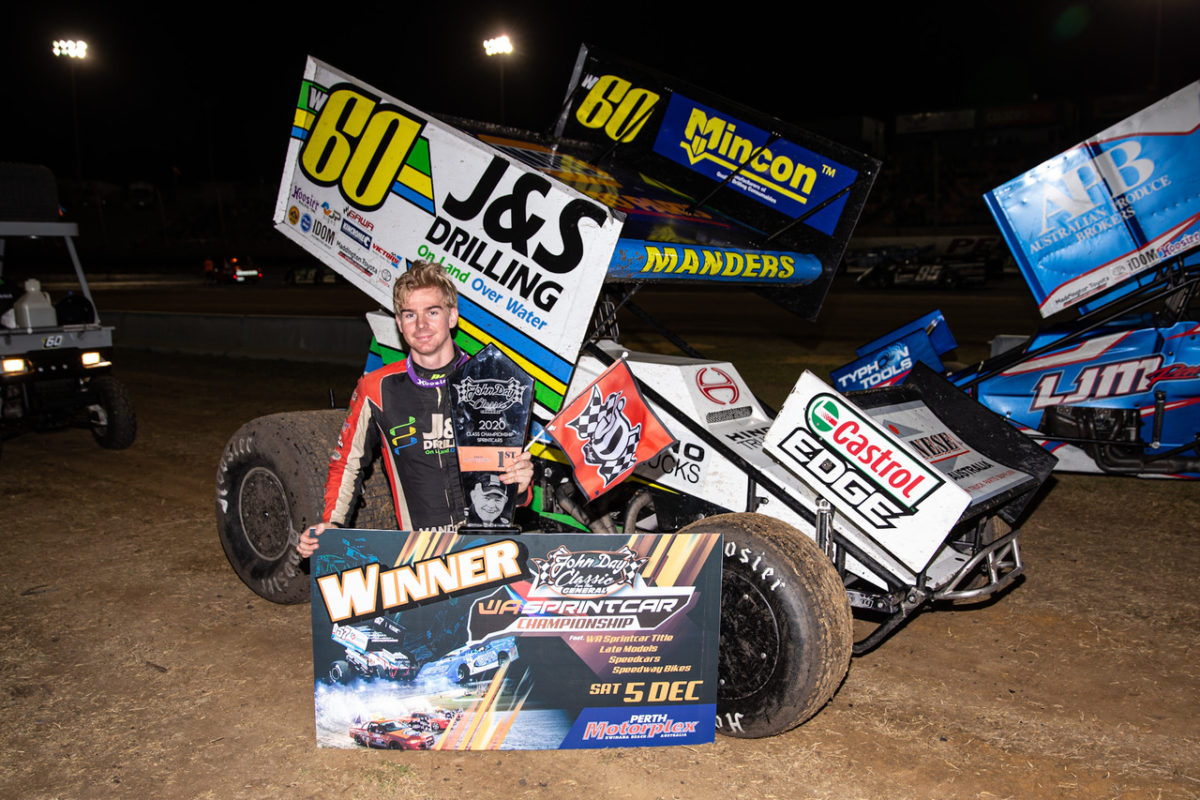 The former Australian 360ci National title holder survived a last-minute attack from Dayne Kingshott to secure the victory with Brad Maiolo finishing on the podium behind the lead duo at the Perth Motorplex overnight.

Manders was quick all evening in the #60 J&S Drilling entry setting quick time in qualifying then running second and third respectively in his two heat race appearances.

He began the 30-lap A-Main from the inside second row of the grid behind Daniel Harding and Brad Maiolo.

Maiolo again showed he has the raw speed to secure a victory and led until lap twenty-three when livewire former WA Champ Jason Kendrick brought on the cautions with a rare spin coming out of pits bend.

Many believe that had the cautions not come on Maiolo would have been too quick to be caught.

This, however, gave Manders a chance to pounce on leader Maiolo ahead of the rapid David Priolo who had come from the fourth row of the grid into podium contention in third.

Manders cruised away with the lead spot but it was Krikke Motorsport’s Dayne Kingshott who surprised everyone with a barnstorming run to almost cause a major upset and win a WA Sprintcar title in his rookie year.

Jamie Oldfield came from the eighth row of the grid to claim tenth electing to run the Sprintcar in favour of the Late Model that he also campaigns.

Jason Pryde moved from position eleven on the grid to a consistent seventh place finish.

Dayne Kingshott played his Joker card coming into the round which now sees him lead the Maddington Toyota Series from James Inglis and Taylor Milling.

Tom Payet is on a seemingly unstoppable run of wins scoring his fourth A-Main success consecutively and in the process wrapping up the prestigious fourth-annual John Day Speedcar Classic.

Payet wheeled his potent #7 United Forklift and Access Solutions Toyota to greet the chequers from Dan Golding in second and Alf Guadagnino third in the 25-lap A-Main that also celebrated the memory of the late Geoff Pilgrim who had passed away recently.

Both ‘The General’ John Day and West Aussie Speedcar throttle stomper (and former national champion) Pilgrim were synonymous with WA Speedcar racing and honouring their memories for the night at an event that already celebrates John Day was both fitting and emotional.

Keenan Fleming looked to be one of the big chances for victory and led early in a battle pack that featured many potential victors but Fleming suffered mechanical issues and slowed on lap ten.

Payet had to come from the sixth row of the grid for his win earning further respect from fans and rivals alike for the tremendous start to his season.

Ryan Halliday went back to back in the tough BGC Pro Dirt Late Model Series by claiming his second consecutive Perth Motorplex A-Main and his seventeenth career win there by defeating the ever-consistent veteran Brad Blake in second and podium newbie Matt Amato with a stout drive for third.

Halliday’s speed is right on point besting a 22-car field but it was far from an easy ride with the always quick Warren Oldfield starting on pole and being a major front-runner until an incident between the two saw Oldfield wind up with steering damage and unable to complete the race. 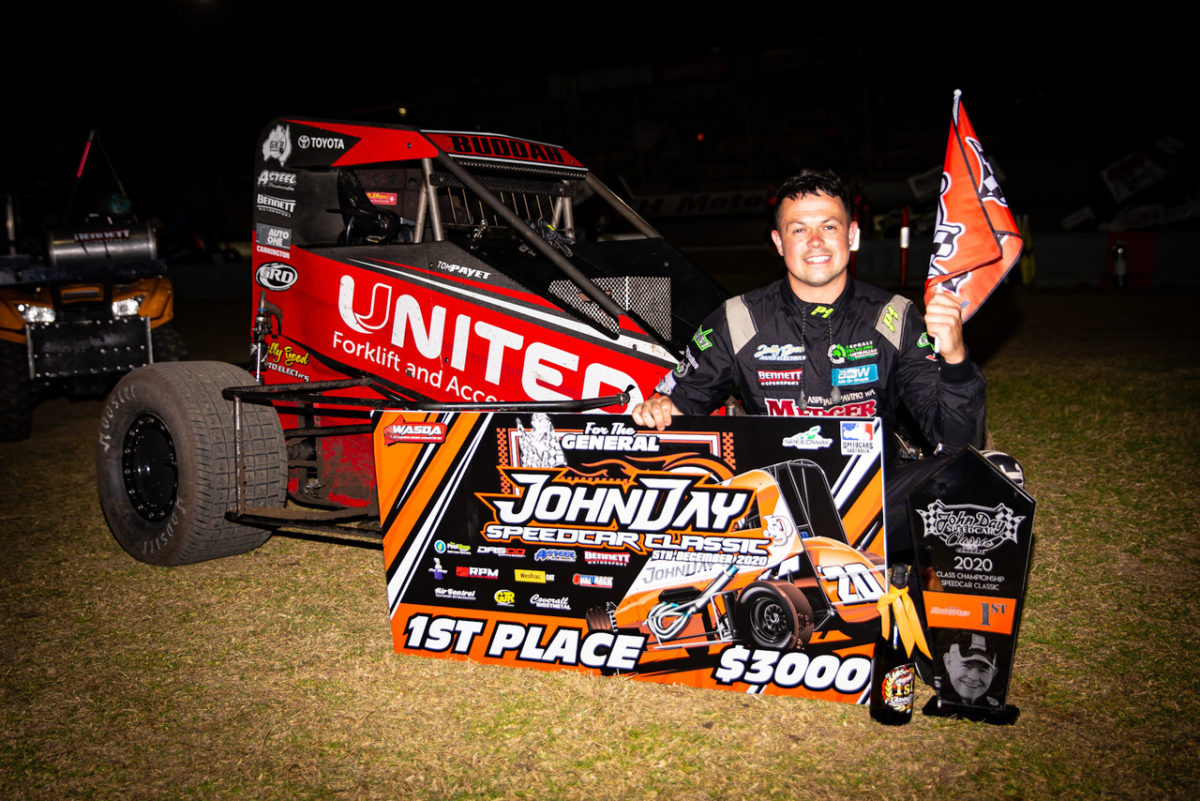