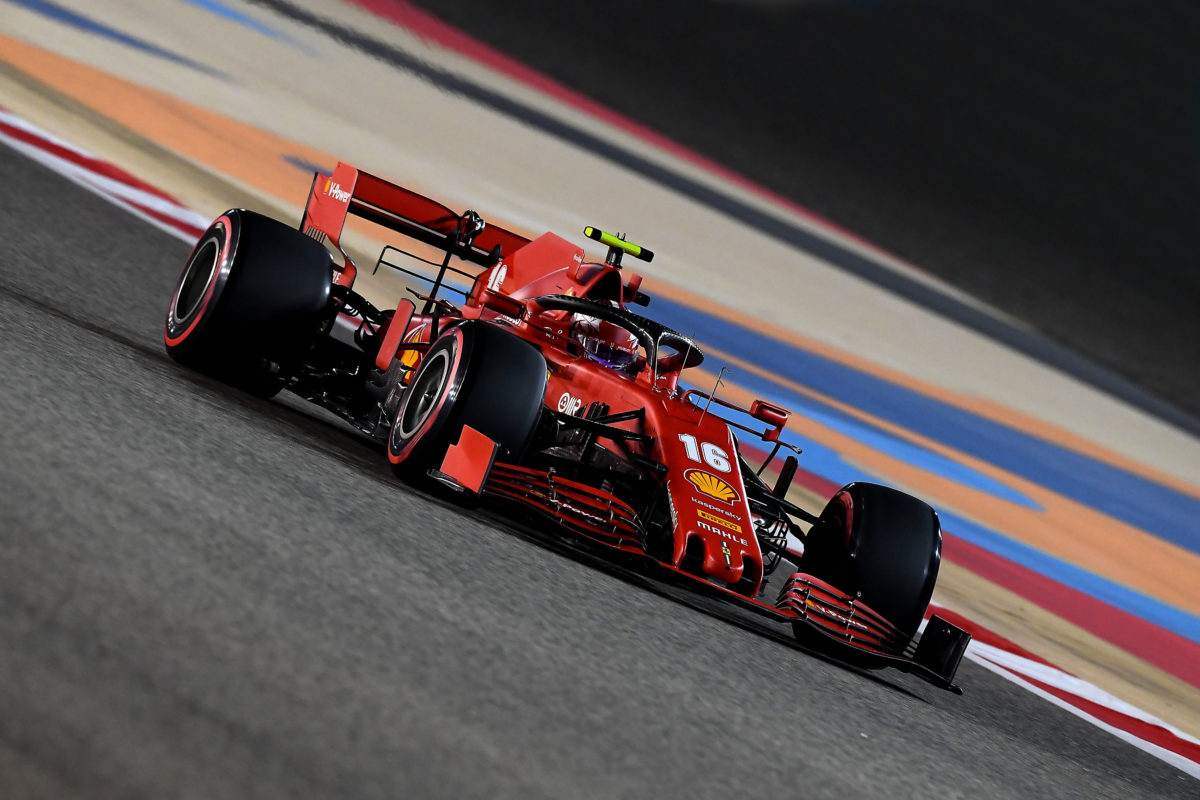 Charles Leclerc has credited Pierre Gasly after qualifying fourth on the grid for the Formula 1 Sakhir Grand Prix.

Leclerc’s impressive result came after Ferrari appeared to struggle for pace versus the front runners during practice, with Sebastian Vettel failing to progress in the sister car.

The Monegasque set his best lap midway through the final phase of qualifying, after which he climbed out and watched the closing minutes from the pitwall.

“I did such a huge step from FP3 to quali in terms of driving, using a lot more of the track in entry on the kerb on the right (at Turn 8, after) looking at Pierre Gasly’s onboard actually, so thanks Pierre,” Leclerc admitted.

“And the last corner, which I’ve been struggling with the whole quali.

“I finally managed to do it well also in my last lap. I’m extremely happy.”

Though stopping short of branding it a perfect lap, the Ferrari driver admitted it was as good as he could have hoped for.

“I don’t like to say it’s a perfect lap, you can always do something better,” Leclerc reasoned.

“Honestly, everything I wanted to do, I did it.

“I was scared because I broke very, very late into the first corner but managed to make the corner anyway, and had a good exit too.

“I got a snap in Turn 4, and then I thought ‘oh my God, I don’t know if the tyres are going to last until the end of the lap’.”

After returning to the pits following his Qualifying 3 run, Leclerc climbed out of the SF1000.

“I took the decision to go early in the session instead of waiting to the end of the session for two reasons.

“First, I was expecting the traffic to be a mess at the end of the session, and second, I just had the ideas clear, and I just wanted to get out on-track and do the job which we did.

“To be honest, I don’t think I could have done anything better going later in the session, so I’m extremely happy about today.”

Leclerc does not expect his strong qualifying performance to translate into an equally impressive race result.

“A few times this year, we’ve been qualifying further ahead than probably what we should have,” he suggested.

“This brings us a lot of hopes for Sunday, and then it’s frustrating in the car on Sunday, but let’s be realistic.

“Tomorrow is going to be a difficult day,” he added.

“I don’t think we are going to be as competitive as today.

“I don’t think we are the fourth-fastest car on-track. Let’s wait and see.”

The 87-lap Sakhir Grand Prix is set to get underway at 04:10 AEDT on Monday morning.