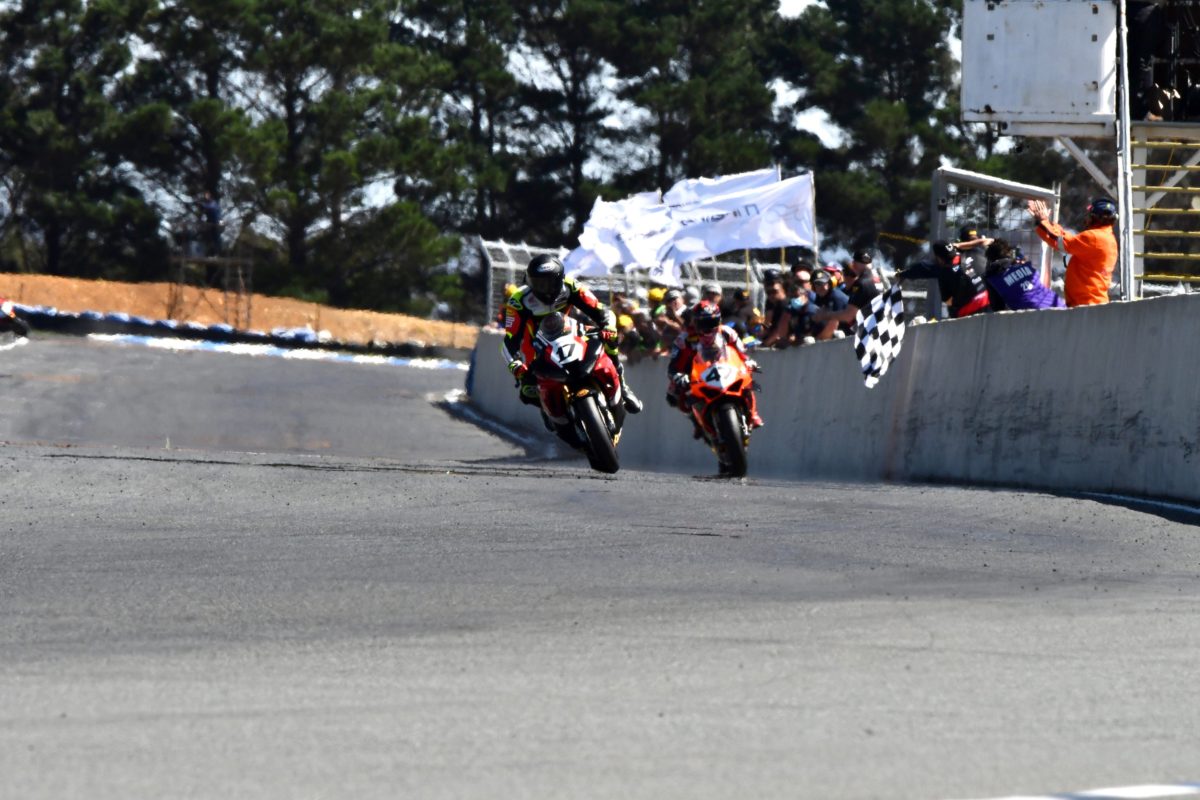 Troy Herfoss has prevailed in a battle with the newly crowned Wayne Maxwell in the final race of the 2020 mi-bike Motorcycle Insurance Australian Superbike Championship at Wakefield Park.

The former had emerged as Maxwell’s biggest threat for the Kawasaki Superbike title in the double-round event in Goulburn, but his challenged fizzled out when the #17 Penrite Honda failed in Race 1 of Round 3 earlier today.

With the championship win therefore sealed for the Ducati pilot, Herfoss did all he could to reclaim second in the standings but came up one point shy of that given Cru Halliday managed to finish Race 2 in fifth spot on his Yamaha.

Herfoss had started the 18-lapper from pole and, for the fourth time in as many races this weekend, led the field away, from Maxwell, Glenn Allerton (BMW), and Mike Jones (Ducati).

He stayed there only until Turn 10 on the opening lap, where the Goulburn boy ran long and let Maxwell into the lead.

Herfoss stuck with the Boost Mobile Ducati as they dropped the rest of the field by several tenths a second per lap, and got back in front at Turn 10 on Lap 5.

Maxwell could not make a move stick at the start of Lap 7, but duly reclaimed first position when Herfoss ended up wide at Turn 2 on Lap 11.

With five laps to go, Herfoss slipped down the inside at Turn 10 again and that pass would prove decisive.

Bryan Staring (Kawasaki) came from sixth on the grid and fifth off the start to take the chequered flag in a distant third, ahead of Allerton.

Halliday ran sixth for most of the race and would have lost second position in the championship on a countback, until he overtook Jones for fifth on the penultimate lap.

Action in 2021 begins with a pre-season test at Phillip Island on January 27-28, before ASBK shares the bill with the likes of TCR Australia when the Australian All Wheels Race Fest is held at the same circuit in February.