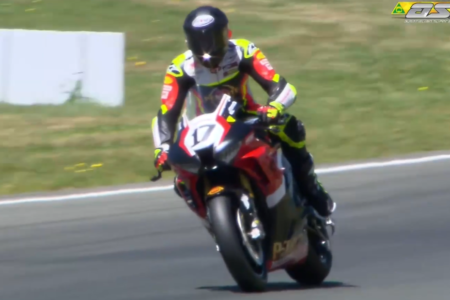 Troy Herfoss has qualified fastest for the final round of the 2020 Australian Superbike Championship at Wakefield Park, one spot ahead of points leader Wayne Maxwell.

Herfoss sat second to Maxwell before clocking a 57.850s midway through his second run, and a 57.818s on his next lap.

The Penrite Honda rider had one more improvement in him, lapping the Goulburn circuit in 57.663s just before the chequered flag.

Maxwell’s best on his Boost Mobile Ducati was a 57.984s at the end of his first run, while Glenn Allerton (BMW) ended up third with a late 58.051s.

With the point for pole, Herfoss has reduced Maxwell’s championship lead to 16 points, but the latter would clinch the title by finishing both of today’s races in second position, as he did in Round 2 the day prior.