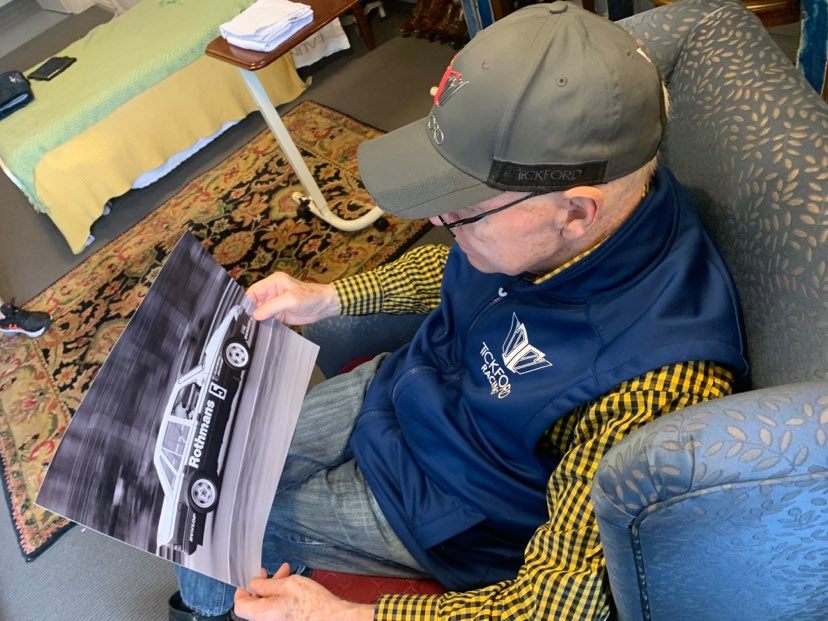 Moffat looking at images of racing alongside Harvey

After a long period with Peter Brock and the Holden Dealer Team, Harvey split with the organisation and teamed with Moffat in 1987. 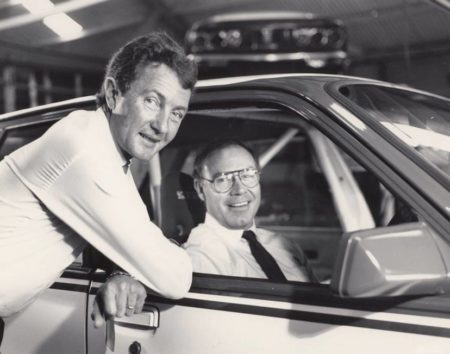 In March of that year the pair drove a famous Rothmans-backed VL Commodore in the first round of the World Touring Car Championship at Monza in Italy.

They finished seventh, but were later announced as the winners after the first six BMW M3s were all found to be 50-80kgs underweight.

At the Spa 24 Hours in August they won their class and finished fourth outright behind the now-legal works BMWs.

Moffat and Harvey were to share the ride with Sydney driver Tony Mulvihill, but he failed to qualify after shocking weather caught him out in qualifying and the pair had to split the duties while most other teams had three drivers.

The Bathurst 1000 was part of the 1987 WTCC, but Moffat moved from his Commodore to a Andy Rouse Ford Sierra for the race, which counted Harvey out of a ride.

While they would not race together again, Harvey and Moffat remained friends.

The story goes that Harvey actually turned up to round seven of the 1988 ATCC and cheered on Moffat’s ANZ-backed Ford team (even wearing a team jacked), despite being a part of the Holden Special Vehicles management.

Moffat, who is battling dementia, reminisced about his friendship with Harvey and looked over some images from those famous races in the Rothmans Commodore from his aged care facility in Melbourne today.

He also had the chance to have a Facetime chat with Harvey’s wife Bev.

“I just want to sit back and look at photos and remember the good times I had with John,” Moffat told Speedcafe.com from his Melbourne base.

“He was such a lovely gentleman.

“I had so many good times with John and Beverly this breaks my heart.”

“John Harvey was one of the best blokes in Australian motor sport,” Pemberton told Speedcafe.com.

“It would simply be hard to find better.

“He was terrific for Peter Brock, particularly in his car building business.

“He basically held sway as the business’ General Manager while Brock was out doing his own thing.

“He was a calming influence, especially when the break up between Brock and Holden happened.

“There was not going to be anything to change that, but he was just rational about the whole thing.

“He was a good driver and I don’t think there could have been a better #2 for Brock. 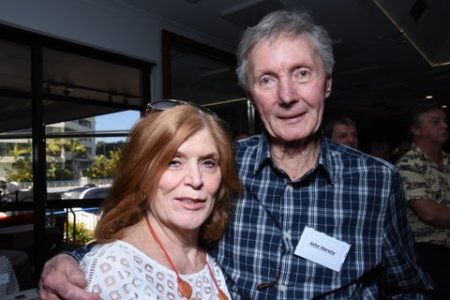 “Slug (Harvey) was the backstop for HDT and Holden for so long,” Johnson told Speedcafe.com.

“He should have won Bathurst more than once, but he copped it on the chin.

“Back in those days there was a lot of socialising on a Sunday night after a race, which sadly doesn’t happen now because everyone is so busy.

“We used to have some great times.

“The last time I saw him was one of our reunions that Ian Mausley puts together on the Gold Coast a couple of years ago.

“Had a good life and the great thing is that he was married to Bev the whole time.” 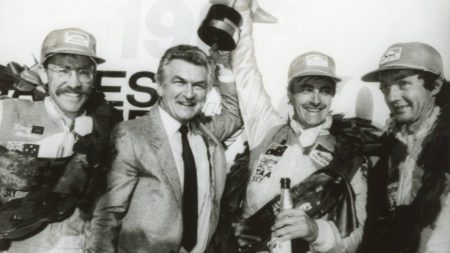 “A sad day with the passing of John Harvey. Sincere condolences to John’s wife Bev and their family.

“I had the pleasure of working with and co-driving with John over a long period of time.

“I recall seeing John at Sandown in a Brabham open wheeler in about 1966, as a 16-year-old, and I vividly remember him when driving that car on the absolute limit and I was very impressed!

“He was a very easy going bloke, but with fierce determination that was reserved for the race track.

“John was always a team player at HDT and never grumbled, even when he was asked to hand over his car.

“At the conclusion of this race that was won by John, Peter and myself he asked me if he was supposed to come to the podium, I said of course, you just won Bathurst! He was delighted.

“John will be very missed by all, his easy going, no hassle style was a trade mark. RIP John, a true gentleman.”

Now is the time for me and my family to mourn the loss of J.F.Harvey ‘Harves’.

Whilst we knew his days were numbered, that fact doesn’t take away the sadness we feel.

He along with Max Stewart the best of mates who shared the love of open-wheeler racing in our early years of careers.

Max has been gone many years now, his presence is still part of me personally and so will the memories of JH and the good and bad times be with me till my time ends.

Heartfelt condolences to Bev, Lyndal, Gavin, Donna along with the grandkids. 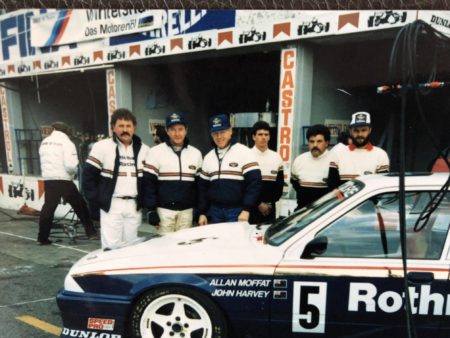 This is a small part of the great friendship I had with John, we took on the world and won first round of WTCC at Monza.

We race in France, Spain & Belgium At all times he was a true gentleman we always had a ball together, I remember him calling Bev most nights to check in on Donna, Lyndal & Gav his prized possessions. An absolute underrated champion in a race car.

He will be sadly missed by all that knew him RIP mate.