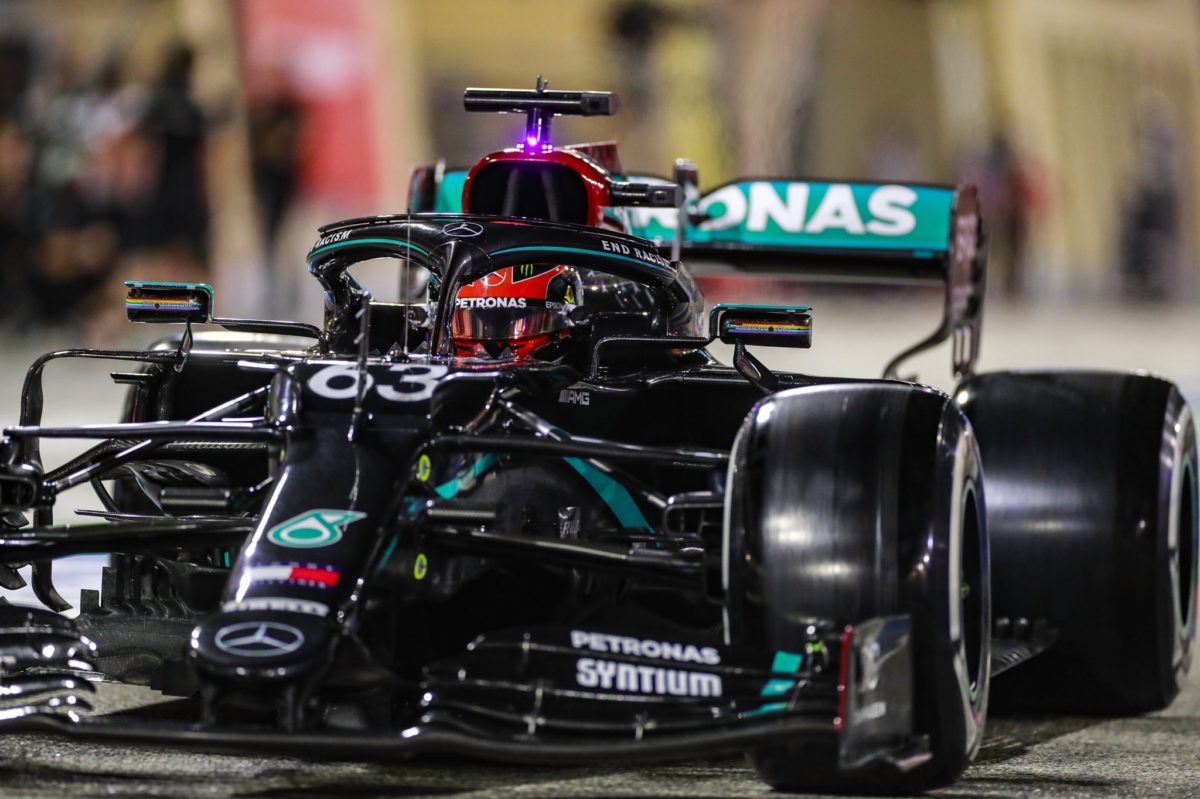 George Russell has described the opening day’s practice at the Formula 1 Sakhir Grand Prix as “deceptive” despite topping both sessions.

Stepping in to the all-conquering Mercedes for the weekend in place of Lewis Hamilton, Russell was a tenth clear of Max Verstappen in each of the two 90-minute hitouts.

“I do think the lap times are a little bit deceiving at the moment and aren’t a true representation of the pace,” Russell said.

“I thought FP2 was not representative, not a great session for me. I struggled, especially on the high fuel, and obviously that’s going to be key on Sunday.

“So still got a lot of work to do to get comfortable in the car, get comfortable with the set up, make some improvements because I think tomorrow’s going to be a different story.

“Just because I was quickest today doesn’t mean that’s where I’m going to be tomorrow,” he added.

“Verstappen was incredibly quick in the long runs, Valtteri (Bottas) was quickest in P2 but he got his lap deleted – he probably only gained half a tenth in all honesty – so I’m probably a good tenth and a half behind Valtteri on the low fuel.”

At more than six foot tall, Mercedes has had to make a number of adjustments to squeeze Russell into Hamilton’s car.

That has included the Brit wearing smaller boots, though there is further work to be done to make him comfortable ahead of Sunday’s race.

“Pretty battered and bruised already, to be honest,” Russell admitted.

“We’ve already gone through what needs to change.

“It’s not the work of a moment, changing the seat here and there. (We’re) Working hard to do that to try and improve for Sunday, but I’m sure it will be fine.”

The Mercedes-Benz Junior Programme member, the first from that programme to compete for the factory team, also admitted he does not feel prepared for the weekend, despite his best efforts.

“Absolutely not, to be honest,” Russell confessed when asked if he feels on top of everything he needs to be for the weekend.

“There’s so much to take in, to learn, and lap after lap I’m learning more and more.

“I’m doing my absolute best to be as prepared as possible, but jumping in the car with a day and a half, two days notice is tricky.

“I’m doing my best, it was a good first day, but there’s definitely more to be done.”

Practice for the Sakhir Grand Prix continues on Saturday afternoon (local time) ahead of qualifying at 04:00 AEDT Sunday morning.