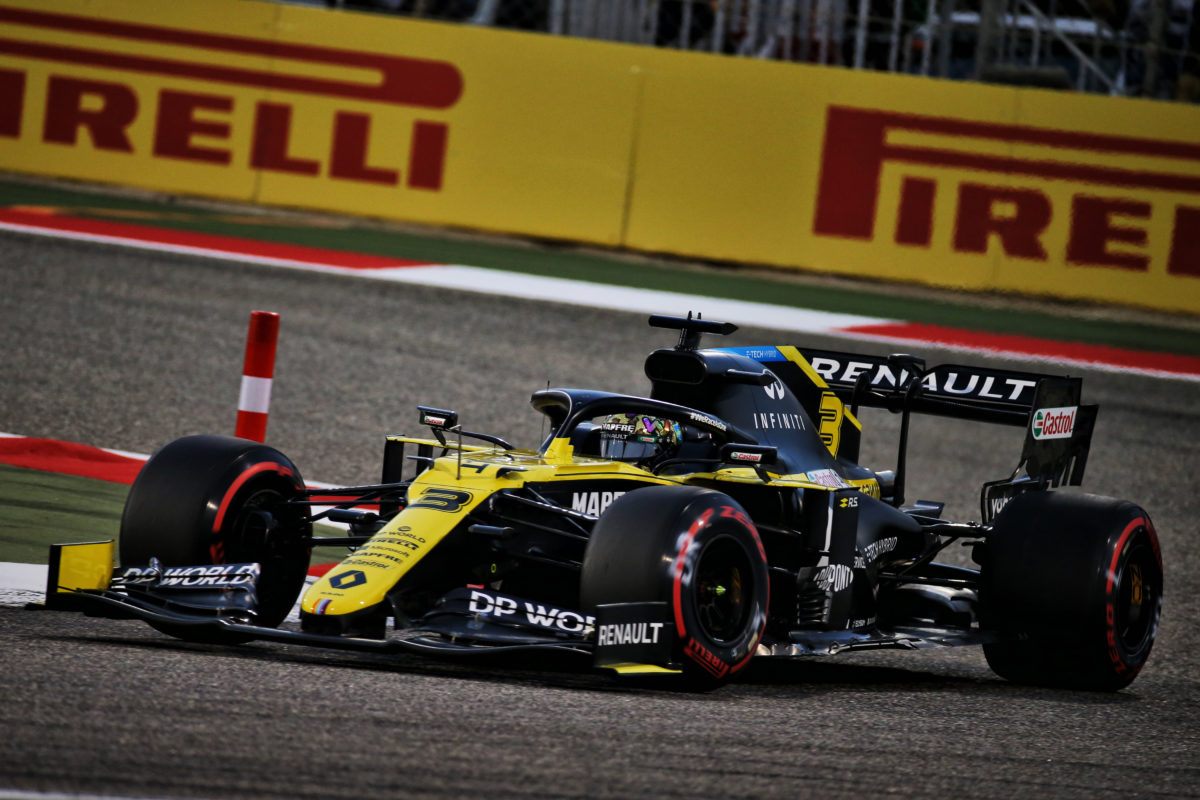 Though ending the opening day of the Formula 1 Sakhir Grand Prix towards the bottom of the top 10, Daniel Ricciardo is satisfied with the pace in his Renault.

The Australian recorded the ninth best time in Practice 1, and eighth in Practice 2 during Friday’s combined three hours of running.

Team-mate Esteban Ocon was seventh quickest in the first session before improving to fourth best in the second.

Less than two tenths split the pair at the end of Free Practice 2, a 54.940s for Ocon versus a 55.124s for Ricciardo, despite being four places apart in the results.

It highlighted the impact small gains can have around the short Outer Loop configuration in Bahrain in what is a hotly competitive midfield.

“It’s been a good Friday for us,” Ricciardo said.

“The track is obviously very short, but I quite like it, and I’d say that the new section in the middle is my favourite bit.

“We’ve done quite a few laps here now so it’s nice to have something a little different.

“The afternoon session was strong and then we experimented a little bit in the evening.

“Esteban’s pace looks good as well, so I think we’ll be set for a good qualifying tomorrow.

“I’m looking forward to it and we have to make sure we’re on it tomorrow to underline today’s pace.”

Ocon was pleased with his own efforts, terming it the best Friday of the season for him.

“We had good performance in FP1, and we found a bit more in FP2 where we made a step and we’re pleased with that,” said the Frenchman.

“The long runs in FP2 were decent and I had some battles with some other cars, so that was fun.

“It’s promising for tomorrow when we need to put everything together and make it happen.

“The new track is very technical and very different to last week.

“We’re on lower downforce and we’re arriving quicker into the corners, but I think we’ve adapted quite quickly to it.”

“Both drivers were quite comfortable in the car right from the start of FP1.

“We’ve been chipping away at the car balance trying to get more performance from it but, generally, it’s been pretty good on both short and long runs.

“It’s a short lap and the traffic, today at least, wasn’t quite as busy as we thought it would be.

“Qualifying will probably be busy and crowded, especially Q1 with all the cars out there.

“We tried something in the afternoon on Daniel’s car, which maybe hasn’t worked out so well, but it didn’t hamper him too much and it’s an easy thing to go back on.

“We’ve had a solid day, we’re in good shape and we’re looking forward to tomorrow.”

An hour of practice remains tonight before qualifying takes place at 04:00 AEDT on Sunday.