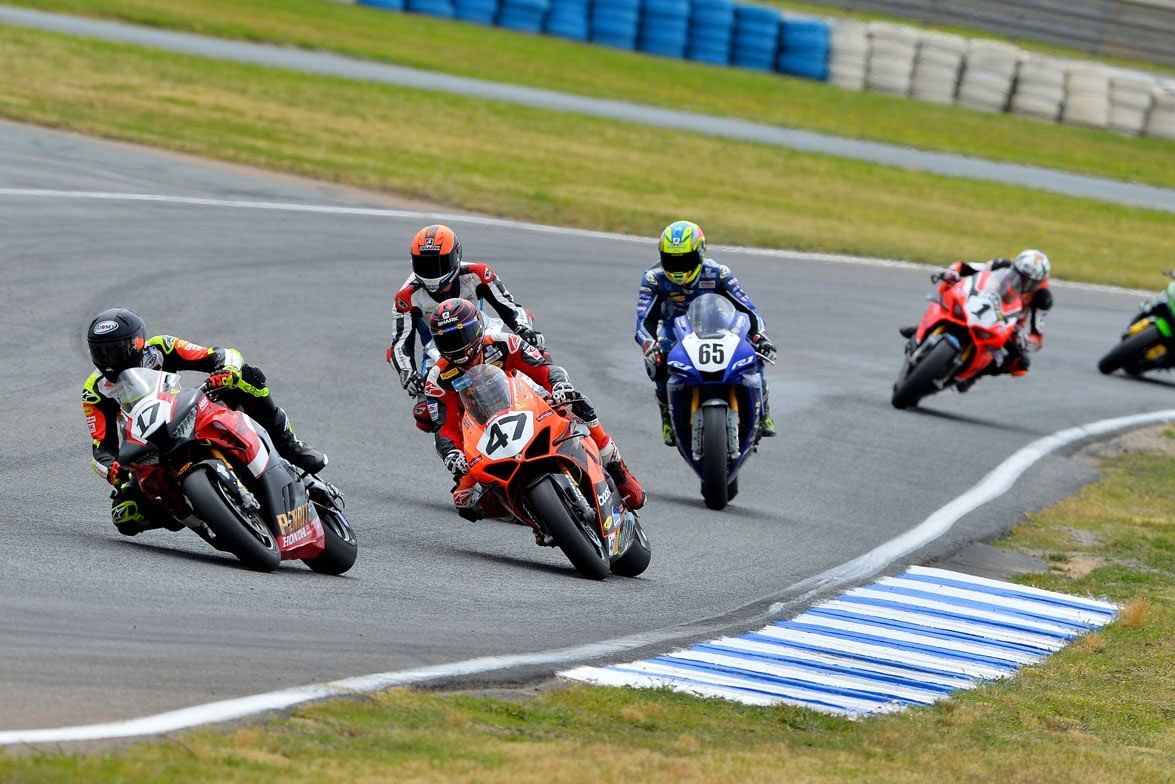 Troy Herfoss has picked up another Australian Superbike race win at Wakefield Park but could not prevent championship leader Wayne Maxwell banking a solid second.

Herfoss had moved to third in the standings with victory in the morning’s Kawasaki Superbike Round 2 opener but still sat 22 points behind Maxwell ahead of the final three races of the season.

That led to a cat-and-mouse contest at the head of the field in Race 2, in which Herfoss appeared to deliberately ride his Penrite Honda slowly in a bid to put Maxwell under pressure from the chasing pack.

The Goulburn native had in fact shot away from first position on the grid, with Maxwell taking up second on his Boost Mobile Ducati, ahead of Glenn Allerton (BMW) and Cru Halliday (Yamaha).

Despite enjoying clear air, Herfoss never got much more than two tenths clear of the championship leader, and found himself behind when Maxwell went down the inside on Lap 5 at Turn 2.

The man on #47 upped the pace and kept it up until Herfoss got by at Turn 10 (final corner) just before the halfway mark of the 18-lap affair.

By then, Allerton was 1.3s away from the front of the field, but he and Halliday were back with the leaders within four more laps.

Herfoss turned the wick up in the final stages and went on to win by 0.694s over Maxwell, with Allerton third at another 1.876s back.

Halliday claimed fourth from Mike Jones (Ducati), who circulated in fifth after an early move on Bryan Staring (Kawasaki).

The latter ran in sixth for much of the piece but took the chequered flag in ninth following a penultimate lap off at Turn 10.

At the head of the standings, Maxwell’s lead is now 17 points with Herfoss having climbed to second, six points ahead of Halliday.

Qualifying 1 for what is officially the third and final round of the season starts tomorrow at 09:50 local time/AEDT.