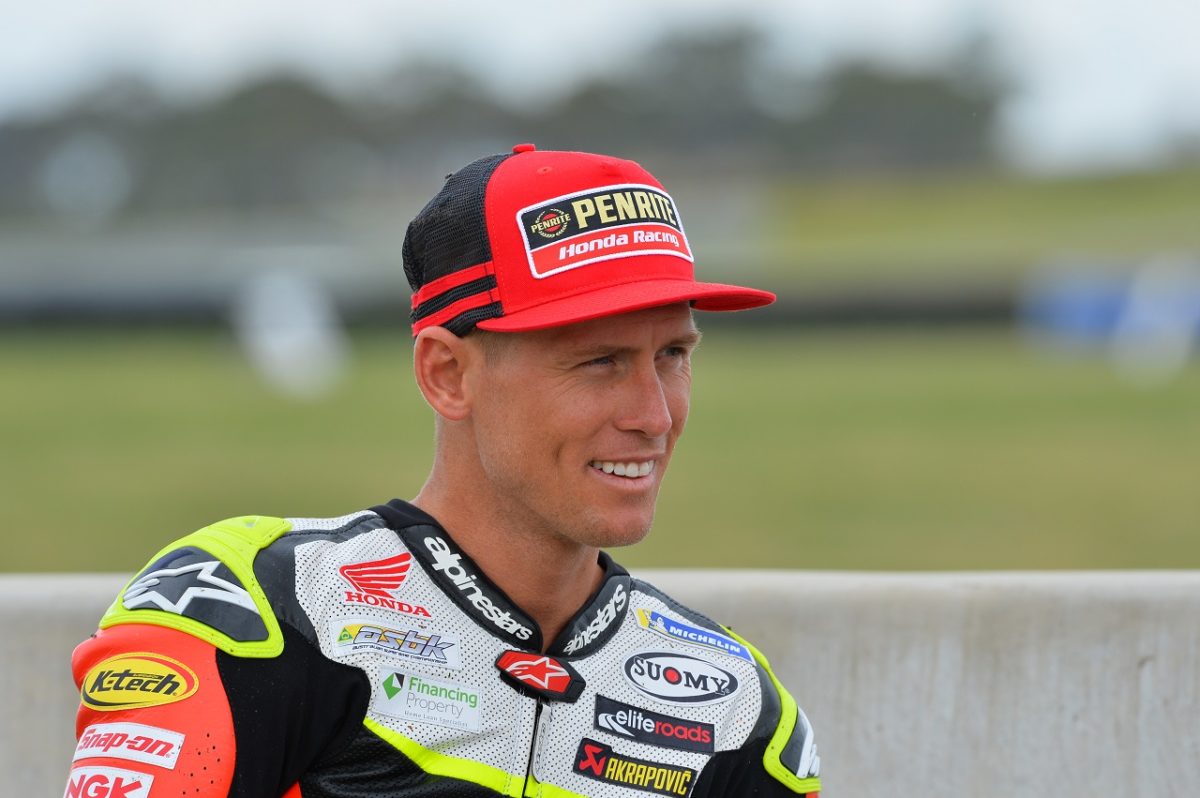 Troy Herfoss has overcome Wayne Maxwell to win the opening race of Round 2 of the Australian Superbike Championship at Wakefield Park.

Herfoss converted pole position in the Kawasaki Superbike class into the initial lead, ahead of Maxwell, Glenn Allerton (BMW), and Bryan Staring (Kawasaki).

He held top spot until he arrived at Turn 10 (final corner) on the opening lap, where he ran his Honda wide and let Maxwell through.

However, the championship leader could hardly shake Herfoss and, after resisting one challenge on the run to the Fish Hook, ceded first position there on Lap 6.

Maxwell briefly put his Ducati back in the lead with a pass at the start of Lap 7 but Herfoss repeated his earlier move on the following lap and remained in front thereafter.

The Goulburn native, who started the weekend fifth in the standings, had a margin of 0.728s when the chequered flag flew after 18 laps, with Allerton 7.397s behind him in third spot.

Staring held on to fourth while Cru Halliday (Yamaha), who pressured the Kawasaki rider in the early stages before losing a couple of spots when he ran long at the Fish Hook, salvaged fifth at the last corner.