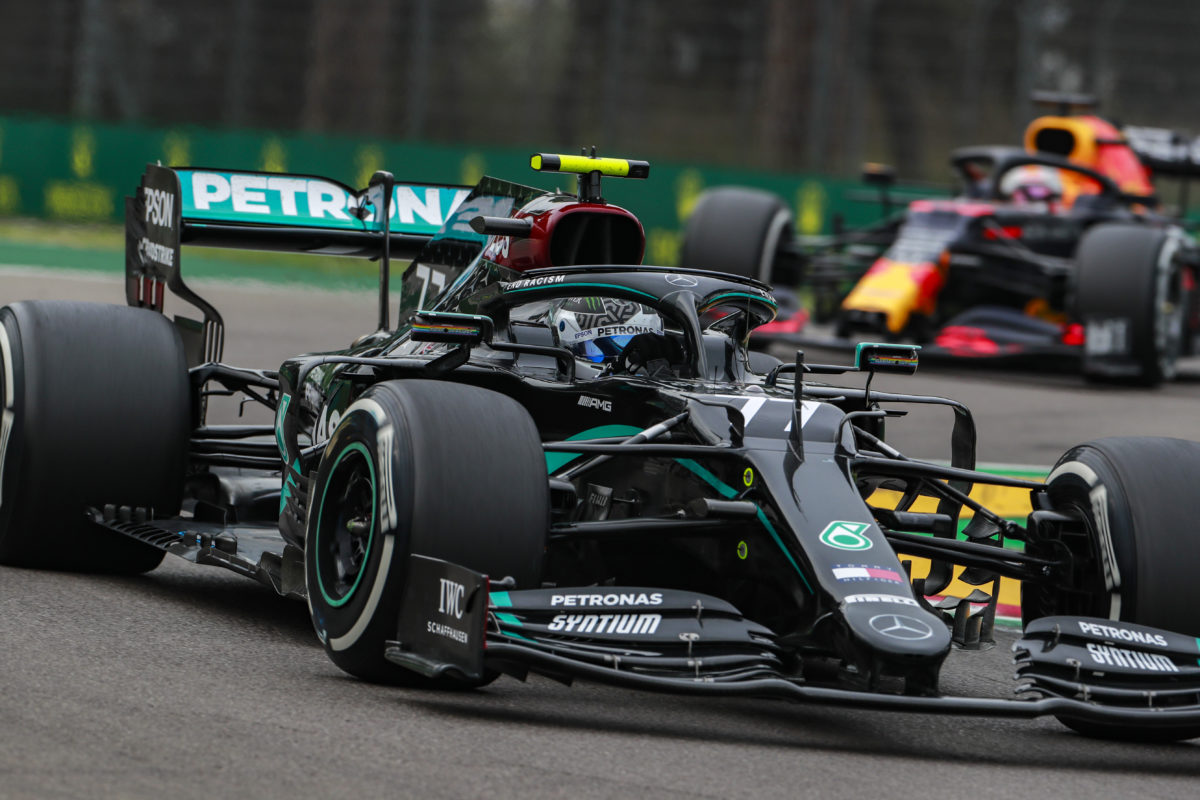 Team-mate Lewis Hamilton moved the title fight beyond reach after the Turkish Grand Prix, though Bottas remains locked in battle with Max Verstappen over the runners up spot.

Just 12 points split the pair with two races remaining, with the Mercedes driver having endured a torrid run at the most recent two events.

In Turkey, contact at the opening corner saw Bottas trail home in 14th, while Verstappen was able to pick up points for sixth despite his own excursions.

Last time out, a slow start saw the Mercedes driver fall down the order, before a puncture dropped him to the back of the pack under Safety Car conditions.

He subsequently recovered to eighth, though with Verstappen second his points advantage dwindled.

“It’s not first, so yeah, it’s not quite as important, but I still rather be second,” Bottas said when asked by Speedcafe.com about the battle with Verstappen in the title.

“I always push for every season to try and get maximum points and try to finish as high as possible.

“I feel our team would deserve being one-two in the championship and with the car we’ve had this year, I think it would be a shame for the car if I was third.

“It’s pretty close and especially with the bad race I had last weekend, and the weekend before, Max is pretty close in the points,” he added.

“It should be interesting. Last two races, and Red Bull in Max’s hands doesn’t look too shabby, so it could be an interesting couple of races.”

Having competed in the Bahrain Grand Prix last weekend, Formula 1 has remained in the Gulf State for another race at the Bahrain International Circuit.