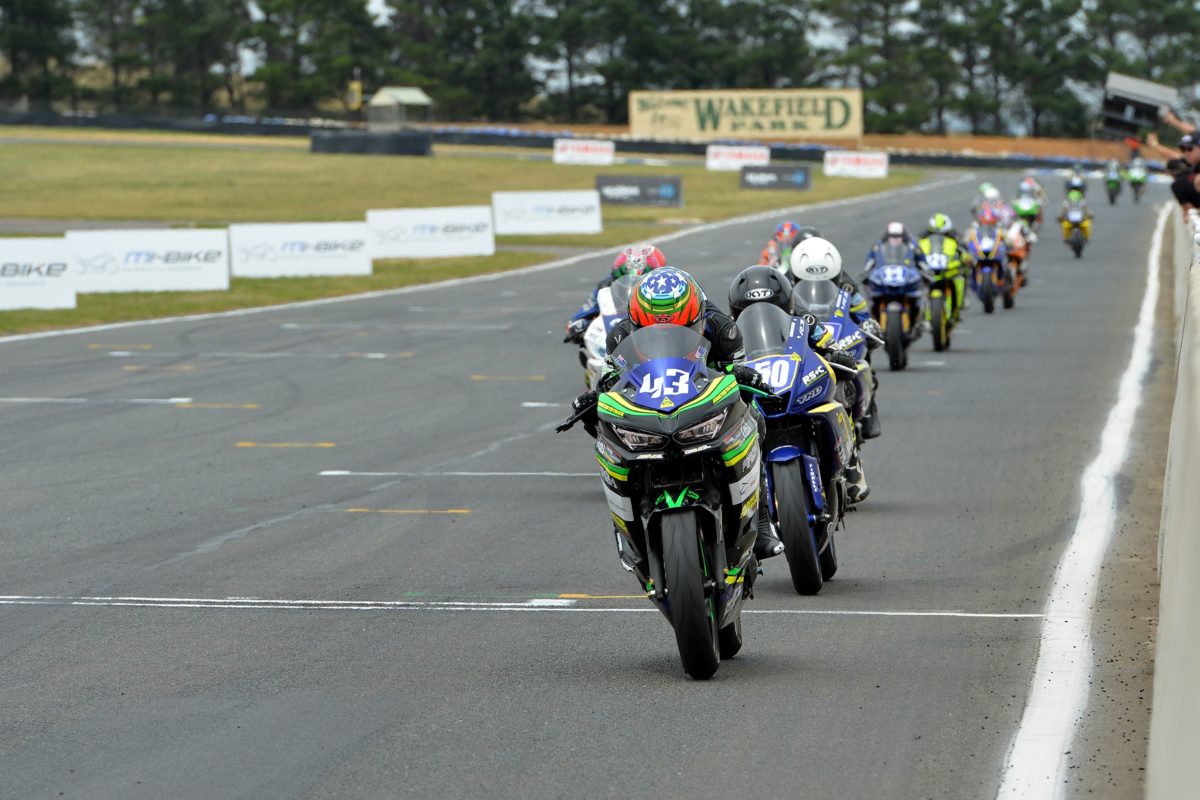 In Race 2, a freight-train of six bikes battled for the lead throughout, swapping positions on multiple occasions.

The race was decided in the last corner of the last lap when Khouri made a move on Thompson for the lead, Ben Baker also capitalising to relegate Thompson to third.

Archie McDonald, John Lytras and Luke Power followed and only 0.8s separated the top six riders at the finish line.

“I have to give credit to Carter and Ben, they pushed me hard the whole race and they’re doing an awesome job,” Khouri said.

Thompson was able to pull out a more comfortable margin in Race 3, while the contest for second raged behind him.

In the end, Baker claimed the runner-up spot ahead of Power and Lytras, with Khouri falling back to fifth with a wide moment at Turn 9.

However, Khouri extended his championship lead to 40 points and only needs to finish in the top 10 in the first of tomorrow’s two races to be assured of the title. 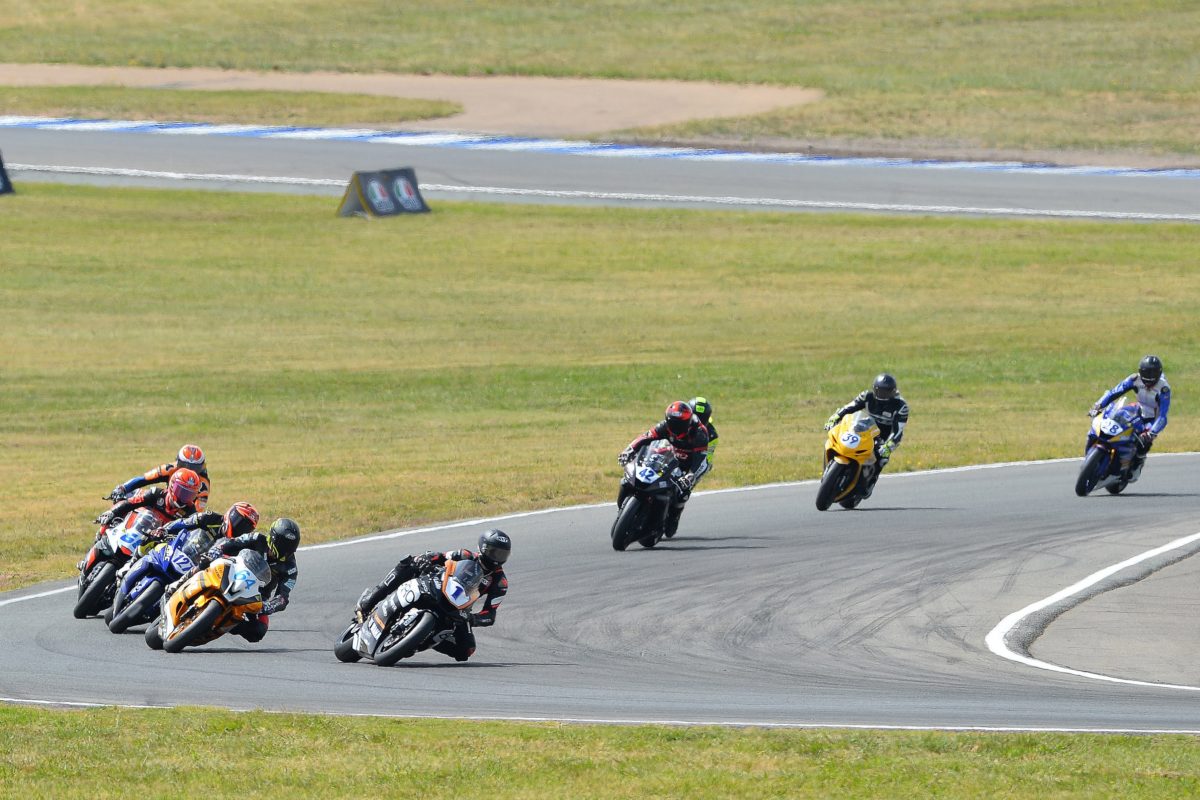 Tom Toparis moved into the MotorsportsTV Supersport championship lead by scoring a pair of race wins.

However, his victories were not as comfortable as the scoreboard indicated; in Race 1, he had to fend off a hard-charging Broc Pearson, while in Race 2 he survived a last-corner assault from Max Stauffer.

“I can’t applaud Max enough, he’s going so well at the moment,” Toparis said. “I was expecting if someone came through, I could turn into the apex and pass them back and fortunately that’s how it played out.

Pearson capitalised on Stauffer’s last-lap error to make it a pair of second place finishes.

Oli Bayliss, the points leader entering the weekend, finished fourth in both races; he ran as high as second in the early stages of Race 2 before falling back. 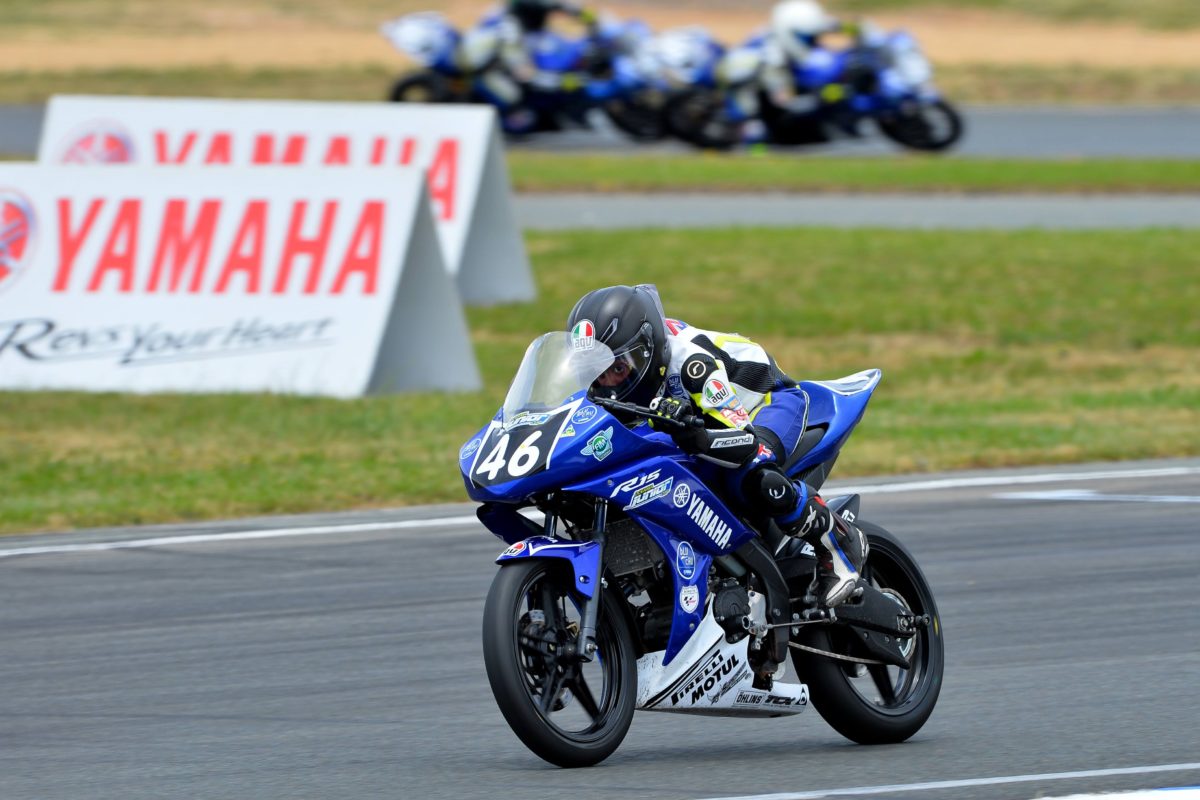 A clean sweep of race wins for Marianos Nikolis was enough for him to turn a nine-point series deficit into a 20-point lead in the bLU cRU Oceania Junior Cup.

Nikolis was closely challenged by Tom Drane and Cameron Dunker in Race 2, the three motorcycles separated by just 0.6s at the finish. However, Nikolis rode to a commanding 6.1s win in Race 3.

“Thanks to Tom and Cameron for some great racing, it was a lot of fun battling with them today,” Nikolis said. 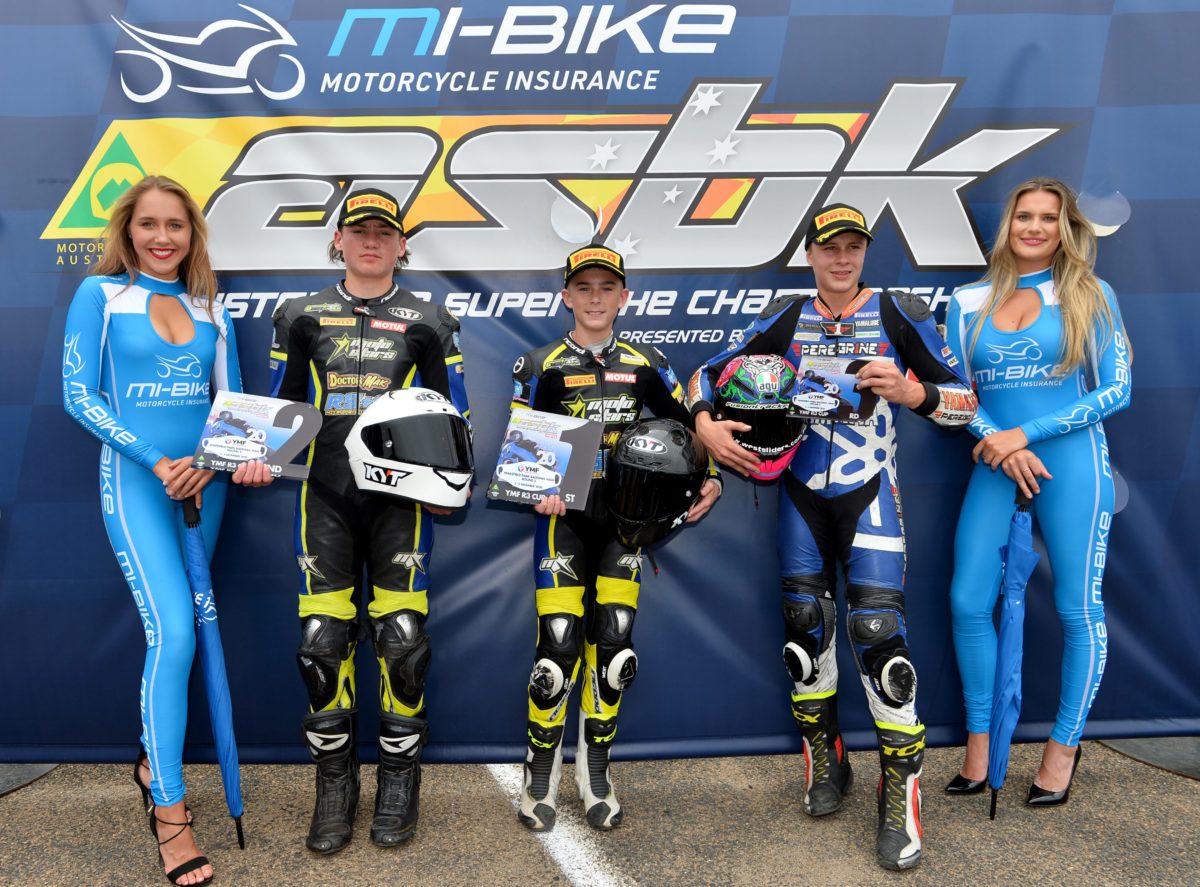 Carter Thompson’s impressive form from Supersport 300 translated into the Yamaha Motor Finance R3 Cup, where he backed up yesterday’s race win with another pair of victories today.

In Race 2, Thompson was able to extend a 2.6s advantage over Archie McDonald but in Race 3, he was chased all the way to the finish line by John Lytras.

“It’s been hard work jumping between the two categories this weekend, but I’ve been trying to get my fitness up all year,” Thompson said.