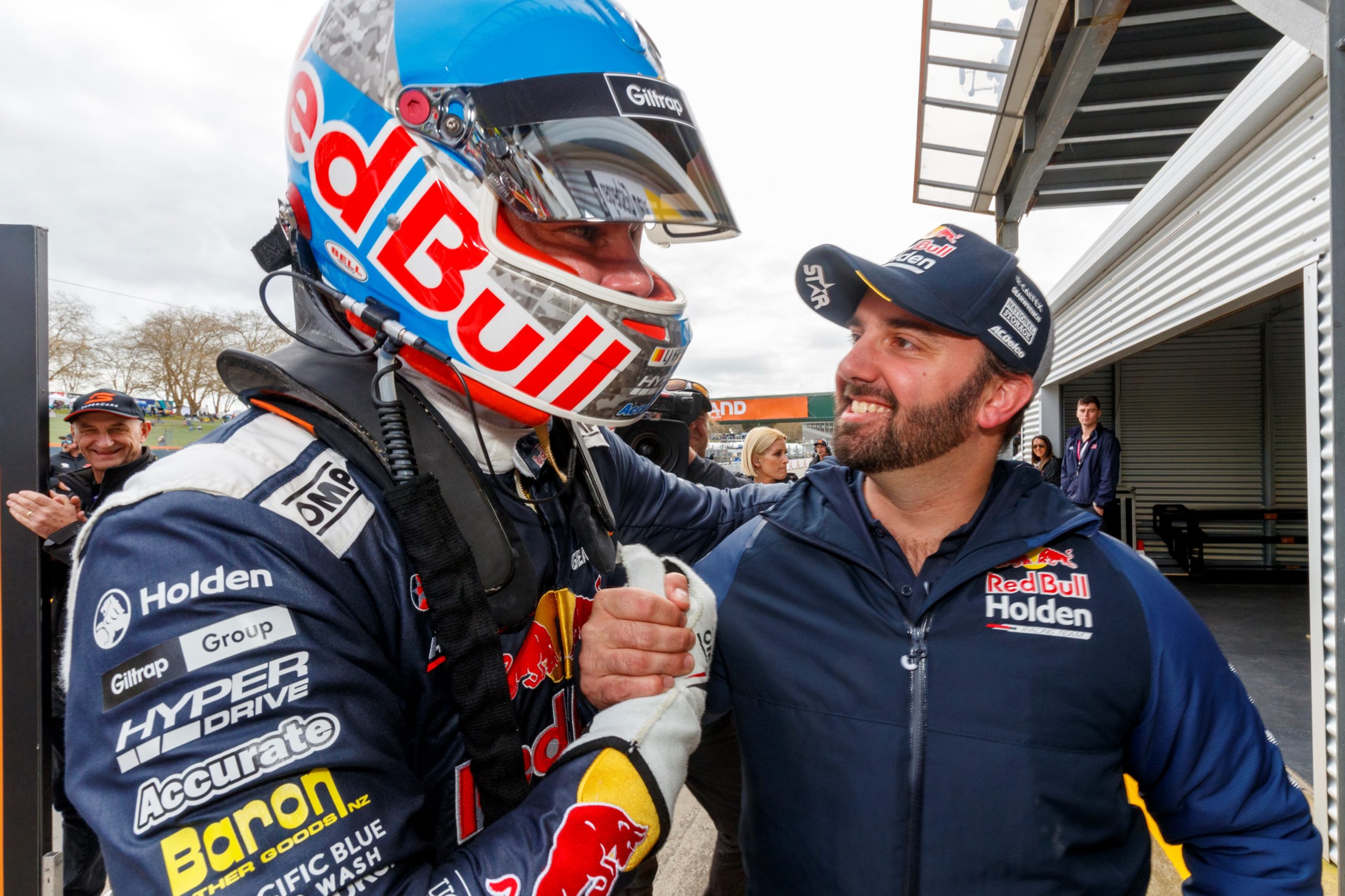 Grant McPherson will join WAU in 2021

This week Walkinshaw Andretti United confirmed McPherson’s signing as the team’s Head of Performance, a position he’ll take up in the second quarter of 2021.

At the request of Triple Eight, he’ll complete six months of gardening leave before joining the Clayton-based outfit.

Speaking with Speedcafe.com, Stewart detailed the decision to bring McPherson on-board for the forthcoming season was driven by a desire to fast-track engineering development.

“His record speaks for itself,” said Stewart.

“He’s won championships in two teams, back with Frosty (Mark Winterbottom), and then with Shane (van Gisbergen).

“His technical expertise would speak for itself, I reckon, but also we like the kind of person he is and believe he would fit into our culture really well.

“That’s a big part of the decision making when you’re going into those kinds of discussions.

“He’ll be a fantastic addition to our team and he’ll work in the structure. He’ll work for Carl (Faux) and then will lead the rest of the engineering group.

“In effect, he’ll be looking at fast-tracking our team in an engineering sense, in the areas of development,” Stewart added.

“We’ve built some really strong momentum this year. It’s good to bring in outside expertise as well. It helps you shake up your thinking.

“He was the clear person we wanted to talk to and see if we could bring him into our business and into our family.

“I think in this sport you’ve got to keep looking at the top teams and the best in class and keep evaluating yourselves against them to continue to grow and develop and change where needed to make yourself a better, more competitive team at every track with both your drivers.

“This is just another element in ourselves improving and I guess pushing hard to get ourselves back to the front.”

As the Head of Performance, McPherson will work alongside Technical Director, Carl Faux who will oversee the engineering group with the newcomer.

That cohort is made up of Adam De Borre, who engineers Chaz Mostert as well as Rob Starr and Terry Kerr who both work with Bryce Fullwood.

Stewart said McPherson’s signing is a positive one as they look to build on their start with newcomers Mostert and Fullwood.

“It’s just super exciting for us because we got a little bit of momentum, but we’re not there yet,” said Stewart.

“We’ve got distance to catch up, but we’ve got someone who’s talented, is a good person and will fit into our culture and will help us maintain the momentum.

“That’s what it’s about for us is to take our team back to being at the competitors, at the very front.

“There’s a journey to go, so we’re not kidding ourselves that we’re there yet, but we know where the target is and we set ourselves a pathway to chasing and get there.”

“It’s very exciting and he will be an amazing person for our team and our culture. But ultimate success, we don’t kid ourselves that ultimate success is made up or just one element. It’s made up of several elements and continual improvement.

“This is another piece in the puzzle, but we’ve got to keep pushing it up and moving forwards.”