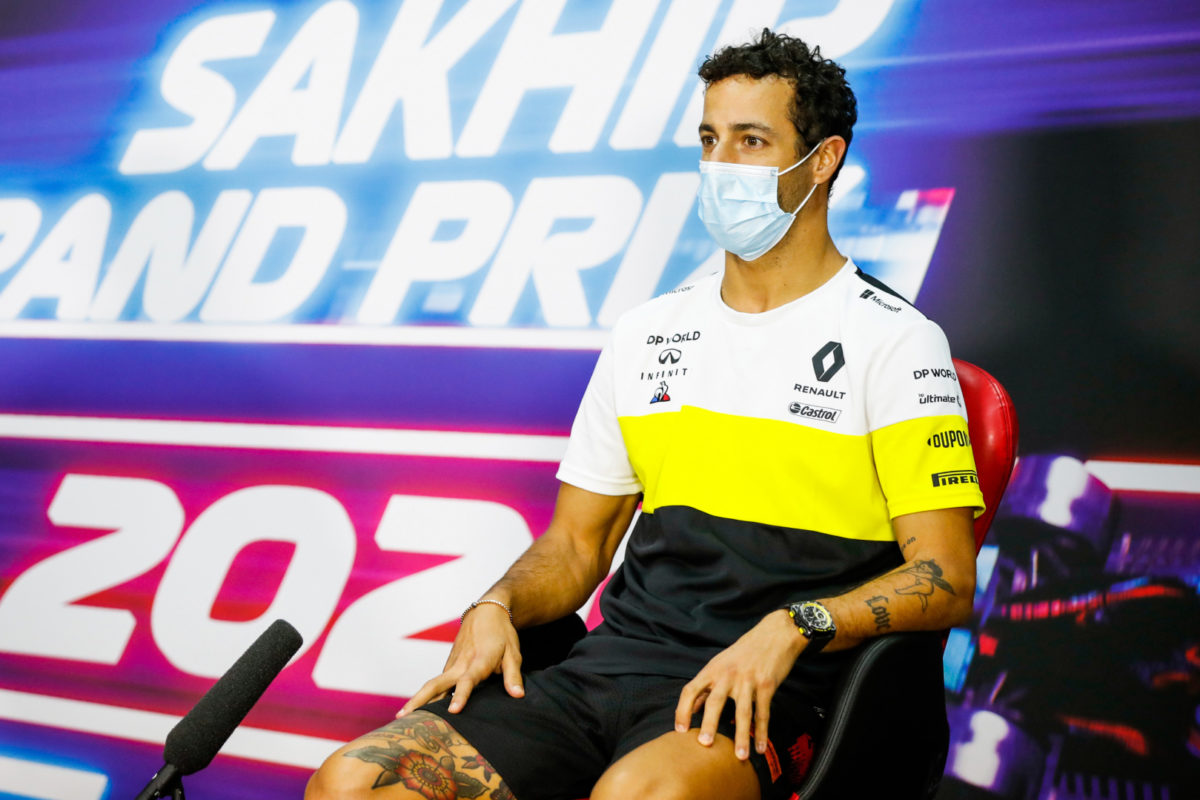 Daniel Ricciardo will meet with Formula 1 chiefs to discuss his frustration over the multiple replays of Romain Grosjean’s fiery Bahrain Grand Prix accident.

Ricciardo said he was “disgusted” over the decision to broadcast several replays of the accident, which saw the Haas driver hospitalised.

Grosjean’s Haas VF-20 was severed in two following a first-lap 220km/h, 50g crash last weekend, with the Frenchman suffering burns to his hands.

As drivers and teams waited in pit lane during the resultant red flag stoppage, replays of the crash were shown multiple times once it was known Grosjean was out of his burning car.

F1 was adamant it followed the correct broadcast protocols despite Ricciardo’s criticism, but has offered further explanation to Ricciardo, an offer the Renault driver will take up.

“There was the offer (to talk) and I will take that offer up today,” Ricciardo said ahead of this weekend’s Sakhir Grand Prix.

“Obviously after the race I was still, let’s say, not only a bit heated but then had to dissect my own race, and I didn’t feel it was the right time.

“So I will hear them out today and obviously hear the reasons and go from there. So I’m happy to hear. I’m happy to be educated.”

The Australian still believes F1 went too far in showing multiple replays of the accident, saying it was distracting as drivers and teams prepared for a restart.

Ricciardo added his views were shared by Grosjean’s wife, Marion, with the 31-year-old believing it validates his comments.

“I felt like once they showed it once and then we’d obviously seen him jump out and get into the medical car, I felt like that was all we really needed to see,” he said.

“I felt like it was inconsiderate to his family, but also it was a distraction because every time we’d go into the garage and try and find out what was happening, the only thing that was on was it seemed like endless replays.

“And trying to get the engineer’s attention or the mechanics. Everyone was a little bit spaced out or rattled from it all, which is completely understandable.

“I bumped into Romain’s wife, Marion and she appreciated my comments and I think that’s all the validation I needed.”

Ricciardo added that he has never been stimulated by crash vision, but he acknowledged that some fans and broadcasters will always view carnage as part of the entertainment.

“You get sent clips and, ‘Oh, did you see the crashes at the Indy 500 or something?’” Ricciardo said.

“It was never really appealing to me, obviously. Some people love it.

“Some people love the debris everywhere, but I feel like I’m not 10 years old any more… you kind of grow out of that.

“Don’t get me wrong, I’m no doctor, but there could be further complications maybe later that evening that we don’t know about internally.

“It just felt like it was a bit abused.”