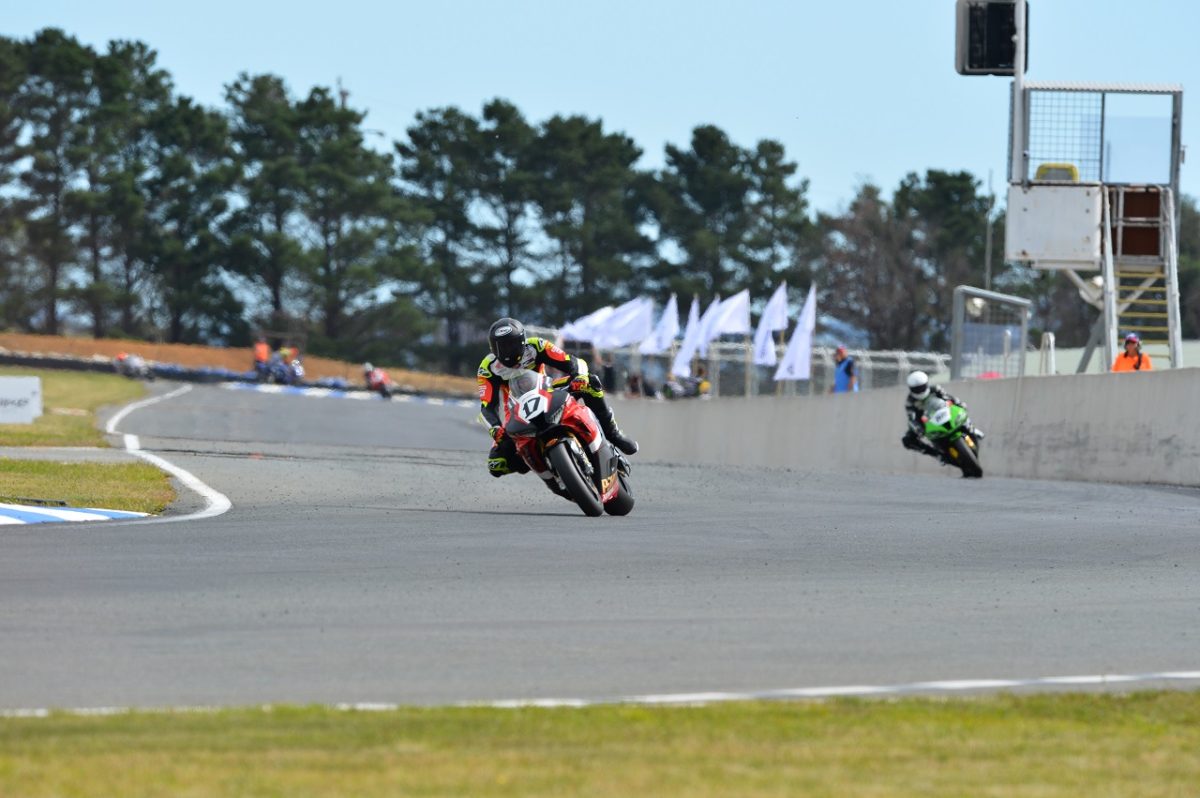 A final-lap flyer in this afternoon’s qualifying session has enabled Troy Herfoss to steal pole position from Wayne Maxwell for tomorrow’s Kawasaki Superbike races at the grand finale of the mi-bike Motorcycle Insurance Australian Superbike Championship, presented by Motul, at Wakefield Park.

Herfoss trailed Maxwell for most of the session, but after the chequered flag had flown he was able to punch out a 57.331s lap, just 0.02s faster than Maxwell.

The double Australian Superbike Champion admitted he was under pressure after making an error on his first attempt at a flying lap.

“I had a couple of goes at it – I made a big mistake and thought it was all over,” Herfoss said.

“A few riders got in front of me, and I thought the chequered flag was going to come out but it didn’t and I had another chance right at the end.

“I’m so stoked for the team – for us to achieve pole with a brand-new bike is such a good result.”

While championship leader Maxwell was narrowly pipped for pole, he is confident his Ducati will be a formidable race package.

“Troy did an awesome job, he never gave in and he never does. The fans all want to see an awesome battle for the championship, so it’s fantastic to see everyone this close.”

“The main goal for me and the team was to get on the front row, because we know what Turn 2 can be like off the start,” Halliday said.

“We made a change to the bike for that session and I was happy with it. It’s going to be interesting with the possibility of rain tomorrow and some wind on Sunday.”

In the support categories, Tom Toparis qualified on pole ahead of Broc Pearson and Oli Bayliss in Motorsports TV Supersport.

The other three categories all staged their first races of the weekend; Carter Thompson took victory in both the YMI Supersport 300 and YMF R3 Cup categories, defeating Harry Khouri and Ben Baker in the former and Archie McDonald and Baker in the latter.

Marianos Nikolis rode to a comprehensive win in the Oceania Junior Cup with Tom Drane second and Cameron Swain third.

The 2020 ASBK finale will be broadcast live via ASBK live streaming, and SBS, Fox Sports Australia and Fox Sports Asia on both Saturday and Sunday.

The live stream will commence at 09:30 AEDT tomorrow.