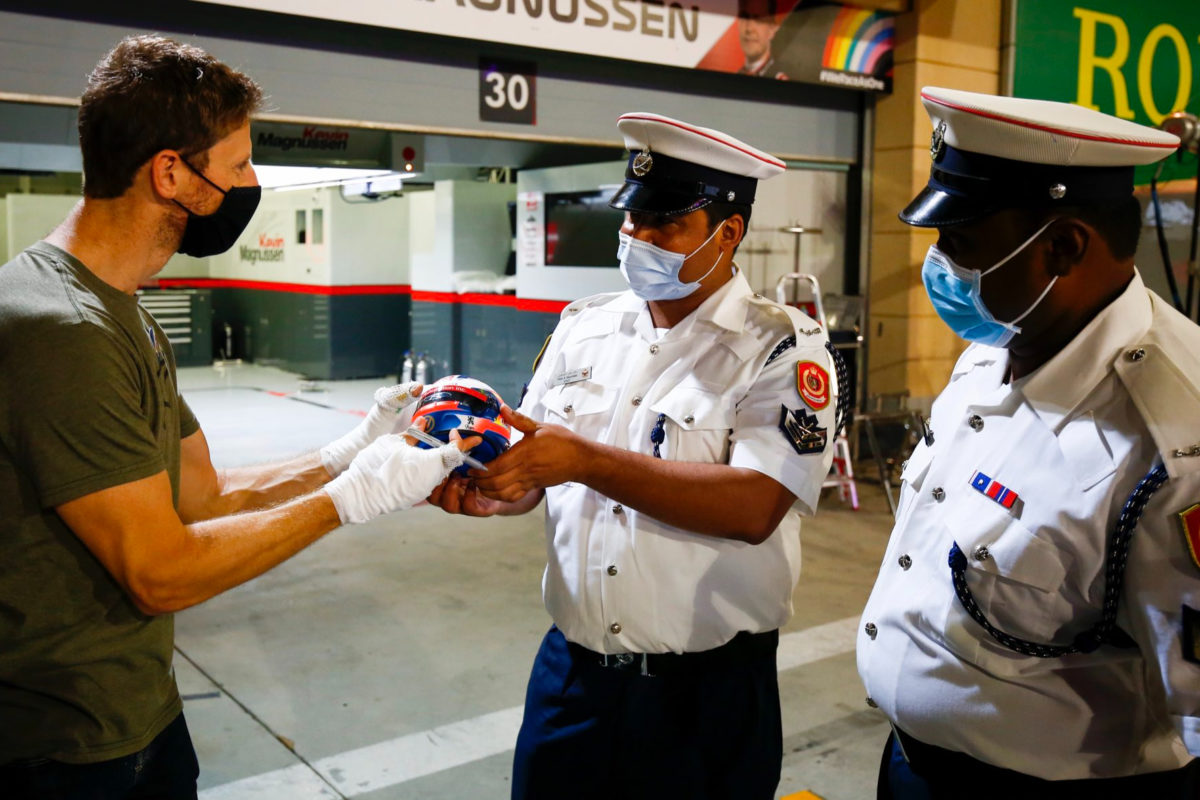 Romain Grosjean has thanked two firefighters after he returned to the Bahrain Formula 1 paddock on Thursday, just four days after he survived his fiery crash.

The Haas driver was discharged from Bahrain Defence Force Hospital on Wednesday after he was treated for burns to his hands and a sprained ankle.

Grosjean suffered a first-lap 220km/h, 50g crash in last week’s Bahrain Grand Prix, and has been replaced by Pietro Fittipaldi for this weekend’s Sakhir Grand Prix.

The 34-year-old emerged at the paddock with bandages on both hands and an orthopaedic boot on his left foot.

Followed by photographers and television camera crews, Grosjean embraced members of his team, having not seen any of them since he strapped in for last week’s fateful race.

The Frenchman met with Medical Car driver Alan van der Merwe and Dr Ian Roberts, the latter of whom helped Grosjean escape from his burning monocoque, which was wedged in the damaged Armco barrier.

Grosjean also moved to thank marshals who were gathered in the paddock, before meeting circuit firefighters Joby Mathew and Thaer Ali Taher, who played a critical role in aiding the driver’s survival.

Both firefighters, who are members of Bahrain’s Civil Defence, have since received ‘exceptional promotion’ for their reaction to the incident.

Reaching out to the pair and handing them a signed miniature replica helmet, Grosjean said: “Your reaction, your attitude, I saw the video, your awareness of where I was in the car… thank you for saving my life.”

The extent of Grosjean’s injuries were initially revealed as second-degree burns to his hands, with the veteran avoiding broken bones.

However, following his discharge from hospital, Grosjean revealed he sprained his left ankle as he tried to get out of the wreckage, with his racing boot believed to be trapped behind the brake pedal.

“My left ankle is sprained, my left knee was hit, and I’ve got nice bruises on my left shoulder, my left buttock and my left forearm,” explained Grosjean, who remains hopeful of driving at next week’s season finale in Abu Dhabi.

“My left thumb wasn’t spared either. Not only this hand is more badly burnt, but my thumb is slightly sprained.

“I can close my fist. However, I can’t touch my little finger yet. I would normally be able to (but can’t) because it’s inflamed and there’s a big bandage too.”

Free Practice 1 for the Sakhir Grand Prix will commence at 0030 AEDT Saturday. 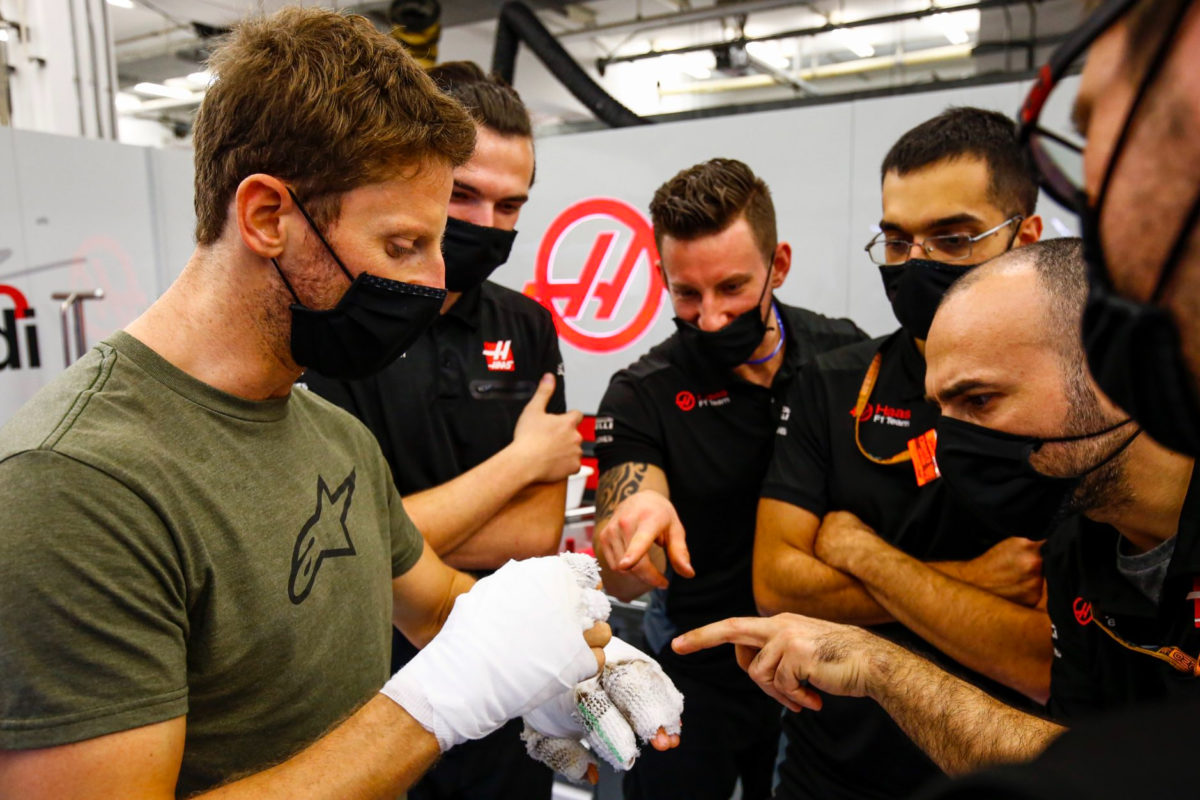