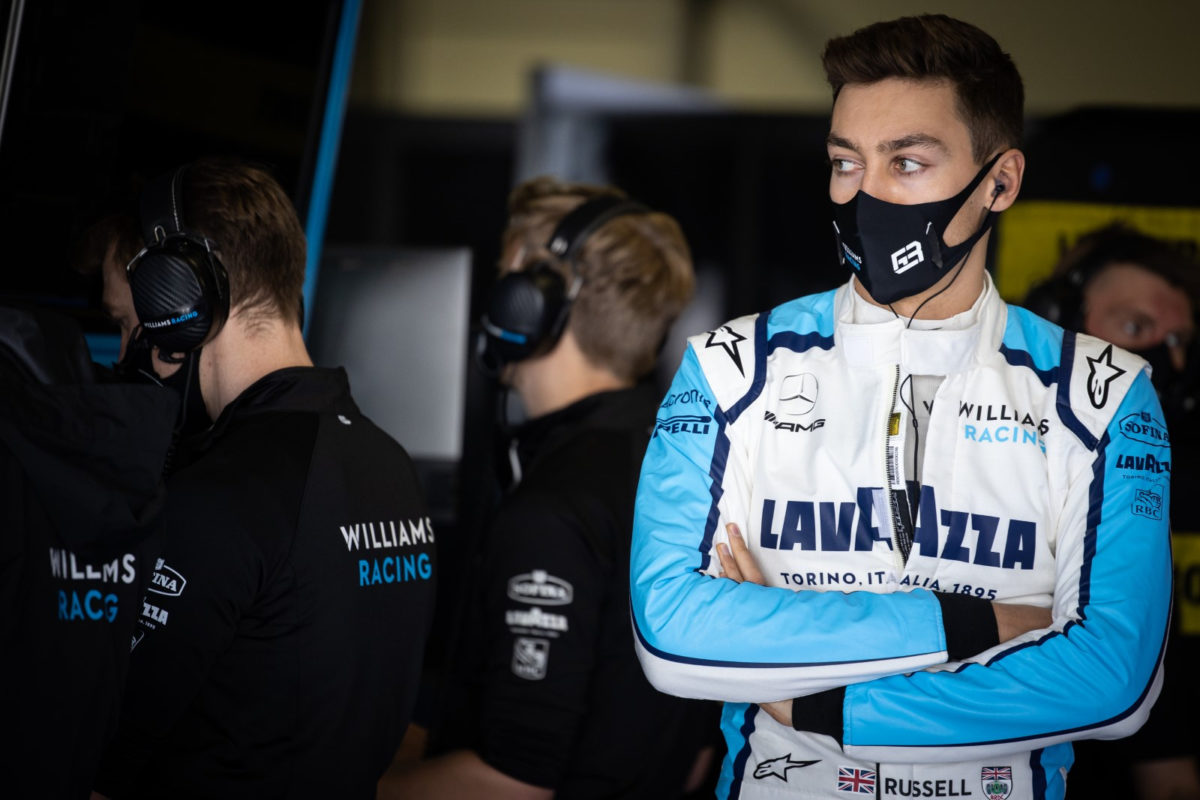 Russell will shift from Williams to Mercedes to sub for Hamilton, who was ruled out of this weekend’s race following a positive COVID-19 test.

The 22-year-old beat Mercedes’ reserve driver Stoffel Vandoorne for the drive, despite the latter flying out to Bahrain for this weekend’s race.

Williams had incentive to block the move as it is in its own battle in 2020, with the team point-less in 2020 yet only three points down on Haas for ninth in the constructors’ championship standings.

A former shareholder in Williams, Wolff praised the team for its move to open the door for Russell.

“I wish to thank our loyal partners at Williams for their collaboration and open-mindedness in making it possible for George to race for Mercedes this weekend,” Wolff said.

“The conversations with the team at Williams were positive and pragmatic, and those were the key factors in reaching an agreement.

“This race will mark a small milestone for us, as we see a member of our junior programme compete for the works Mercedes team for the first time.”

Russell has previously tested for Mercedes, and has already had a seat fitting with the team.

He has yet to score a point in F1, but has established himself on the grid, having never been out-qualified by a team-mate since his 2019 debut.

While Wolff acknowledged the step to Mercedes won’t be straightforward for Russell, he said the driver’s experience with current-spec tyres and cars should leave the Briton in good stead.

Wolff also paid tribute to world champion Hamilton, who was left “devastated” after he was forced onto the sidelines.

“(Russell) is race-ready and has detailed understanding of the 2020 tyres and how they perform on this generation of cars,” Wolff explained.

“George has shown impressive form this year with Williams, playing an instrumental role in their climb up the grid, and I am optimistic that he will deliver a strong performance alongside Valtteri (Bottas), who will be a demanding reference for him.

“We have a job to do this weekend, and the full focus of our sporting efforts will be behind Valtteri and George in order to maximise our points score as a team.

“But, of course, our thoughts are also with Lewis, and we will be supporting him as much as we can to make a rapid recovery during his period of self-isolation.”