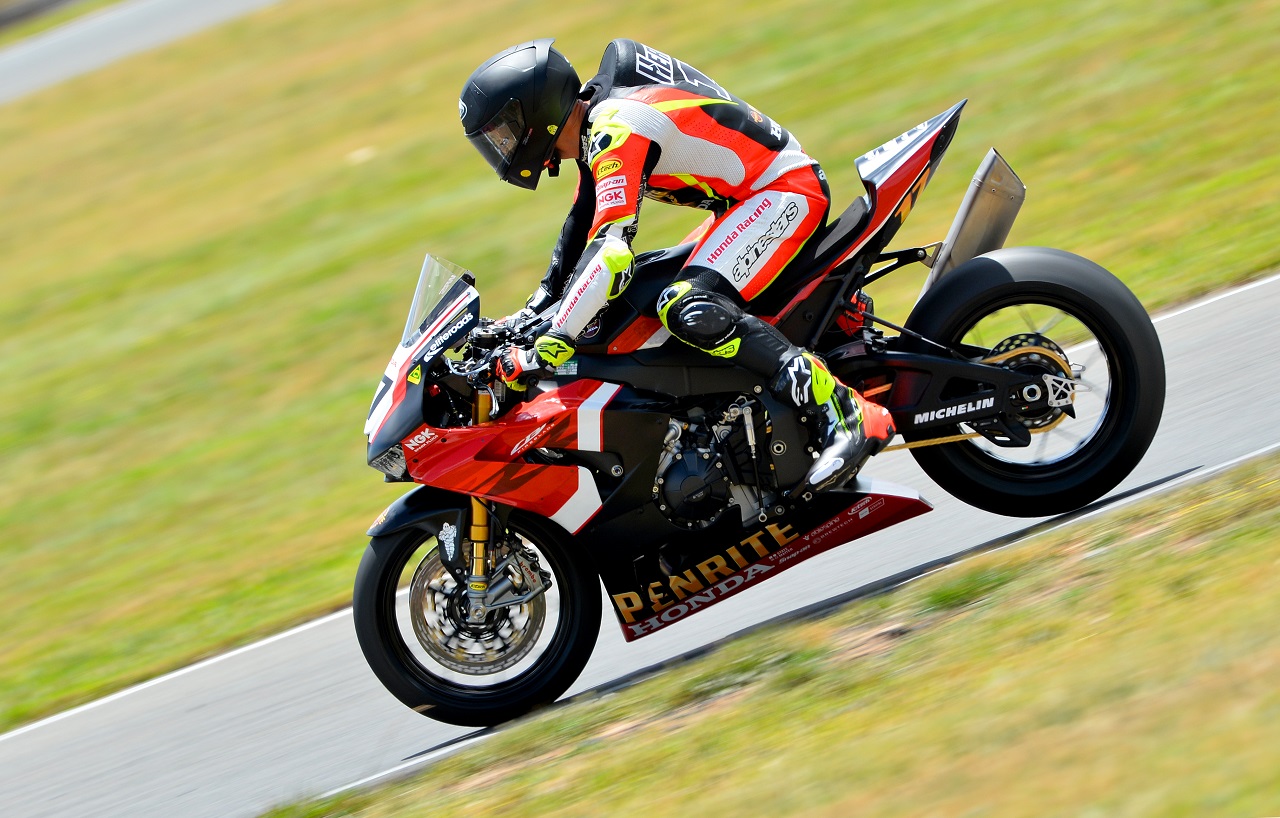 Yamaha rider Halliday set the fastest time in the opening session before Maxwell responded with the best lap in the second session aboard his Ducati. Finally, in the final session, Herfoss clocked a 57.328 to end the day with bragging rights.

Herfoss, born and raised in Goulburn, has an enviable record at his home circuit and is looking forward to tight contests throughout the weekend.

“We’re pretty much even, Wayne, Cru, and I,” Herfoss said.

“In the last session, it looked like Wayne and I were both running the same plan – we each did a longer run, did some good times and I was really happy at the end of the session to go out and find a little extra from the bike.

“It’s a great track for me, I know it really well, but it’s been an eye-opener coming here with a brand-new bike. We changed a few little things as the day went on and we went faster every time.

“Because we’re on a new bike, we don’t have a lot of data so we’re still trying to work out our best direction. The best part is our effort level was the same throughout the day, but the lap times became faster; it’s been a good day for us.”

Herfoss, Maxwell, and Halliday all recorded lap times in the 57-second bracket; fourth overall for the day was Glenn Allerton on his BMW, ahead of Aiden Wagner.

Three practice sessions were also held for the other four categories on this weekend’s program. Broc Pearson upstaged Max Stauffer to top times in the Motorsports TV Supersport, Carter Thompson was fastest in both the YMI Supersport 300 and YMF R3 Cup sessions and Marianos Nikolis was the pace-setter in bLU cRU Oceania Junior Cup.

Tomorrow’s action will consist of Round 2 qualifying for each category, while Supersport 300, Oceania Junior Cup and YMF R3 Cup will each hold their first race of the weekend tomorrow afternoon.