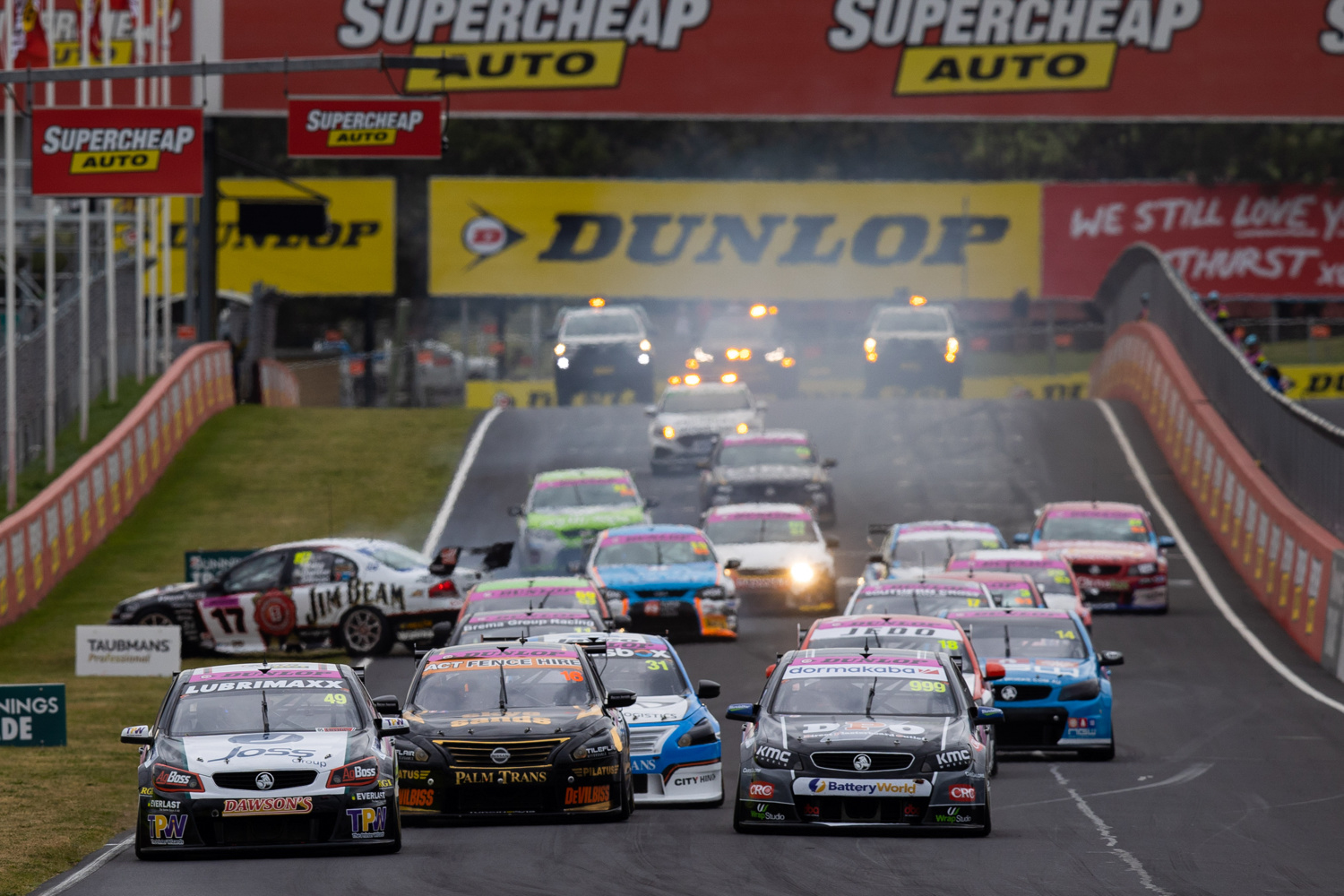 The Dunlop Super2/Super3 Series will twice race at Mount Panorama

Supercars has announced where the combined Dunlop Super2/Super3 Series will race in 2021.

Earlier this week it was confirmed the two series would continue to share the same grid.

Now Supercars has confirmed venues for the six-round calendar, which will begin at Bathurst in support of the Supercars season-opening Mount Panorama 500 on February 26-28.

After a three-month break, the V8 touring cars will return at Winton Motor Raceway on May 29-30, the sole two-day event for the combined categories.

Following that will be Townsville’s Reid Park Street Circuit on July 9-11 before the Sydney SuperNight at Sydney Motorsport Park on August 20-22.

The penultimate round of the year will take place at Mount Panorama in support of the Bathurst 1000 on October 7-10, marking the second time in a year the series’ will race at the famed circuit.

The series will conclude on the Surfers Paradise Street Circuit at what will be the season-ending Gold Coast event on December 3-5.

Both categories will be backed by Dunlop, which will see the Super3 Series move from its staple Kumho tyre to the Japanese rubber.

“Dunlop is committed to fostering the next generation of motorsport,” said Dunlop Managing Director Chris Radin.

“As series sponsor Dunlop is honoured and excited to support the combined Dunlop Super2 and Dunlop Super 3 series in 2021.

“This already highly regarded and competitive category will be an even broader development showcase that gives young and talented drivers the chance to shine in front of race fans and championship teams”.

Super2/Super3 will be again shown on Fox Sports in 2021, with selected races live on the Seven Network under Supercars’ new television deal which commences next year.