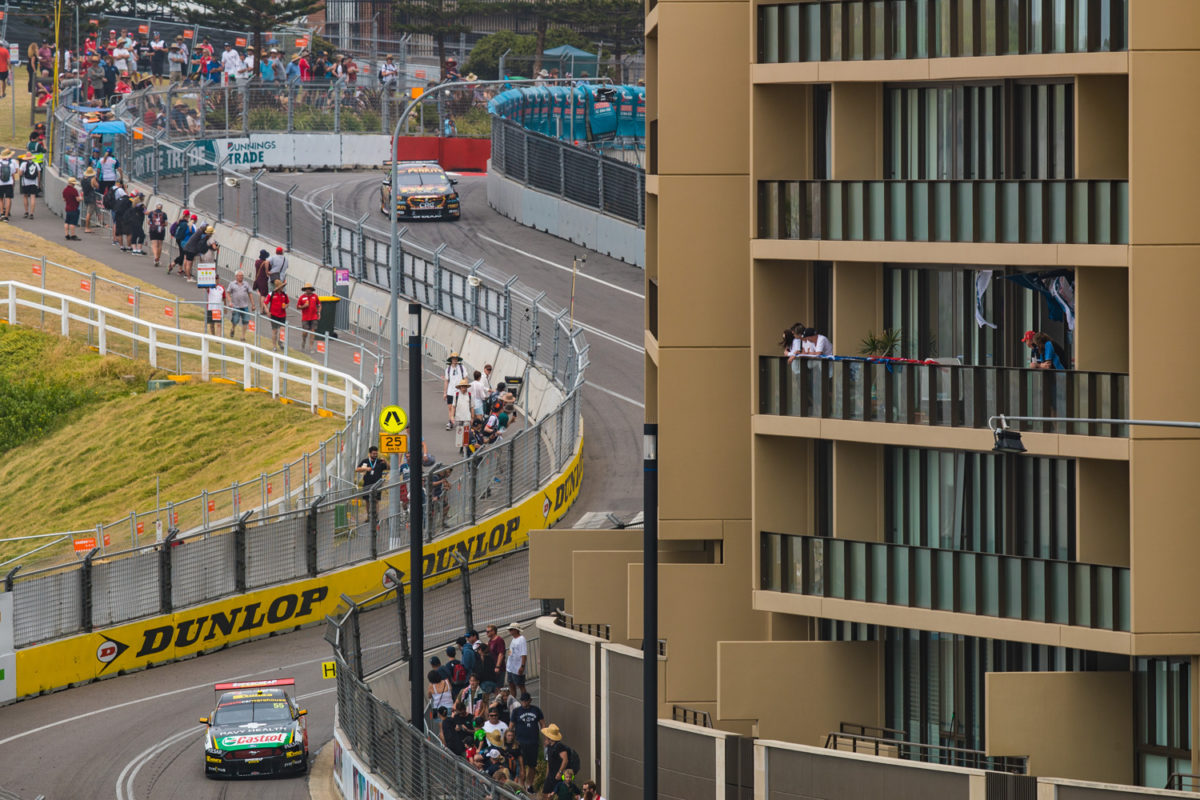 Newcastle will return in 2022 as the Supercars season-opener, the championship has announced.

Supercars’ newest street circuit was dropped this year due to the effects of the COVID-19 pandemic and has now been confirmed as an absentee from the 2021 calendar also.

Despite whispers that it could be gone for good, Destination NSW advised Speedcafe.com in recent weeks that discussions were taking place about the Newcastle event’s future.

Having hosted the finale each time it has been on the calendar since its inception in 2017, the capital of the Hunter Valley will now move to the opposite end of the calendar.

Ironically, that move was made possible by the decision of the South Australian Tourism Commission to relinquish season-opening status for the Adelaide 500, only for that event to be killed off before the switch could transpire anyway.

Before Newcastle makes its comeback, another circuit in New South Wales, namely Mount Panorama, is to host Event 1 of the 2021 campaign, thanks in part due to the Bathurst 12 Hour not going ahead next year.

“No city anywhere in Australia offers what Newcastle does in terms of providing stunning aerial pictures of some of Australia’s most beautiful beaches,” said City of Newcastle Lord Mayor Nuatali Nelmes.

“The Newcastle 500 street circuit traces both the City’s coastline as well as its working harbour.

“In recent years the shots of Supercars racing in the foreground while coal ships sail in the background are images that are embedded into the minds of tens of millions of motor racing fans around the world.

“In just three years, Newcastle has established itself as one of the most popular stops on the Supercars calendar with both fans and drivers.

“Newcastle and the Hunter enjoy a huge racing supporter base and I’m confident they will love the promotion to the season opener and will continue to pour into the city for the three days in massive numbers.

“For visitors keen to linger beyond the Newcastle 500, the city becomes the perfect base from which to explore the attractions of wider Hunter region such as the world-famous wineries of the Hunter, located just 40 minutes away. It’s everything a Supercars fan could wish for.”

The news coincides with confirmation of the 2021 calendar, which will commence in Bathurst with the Mount Panorama 500.