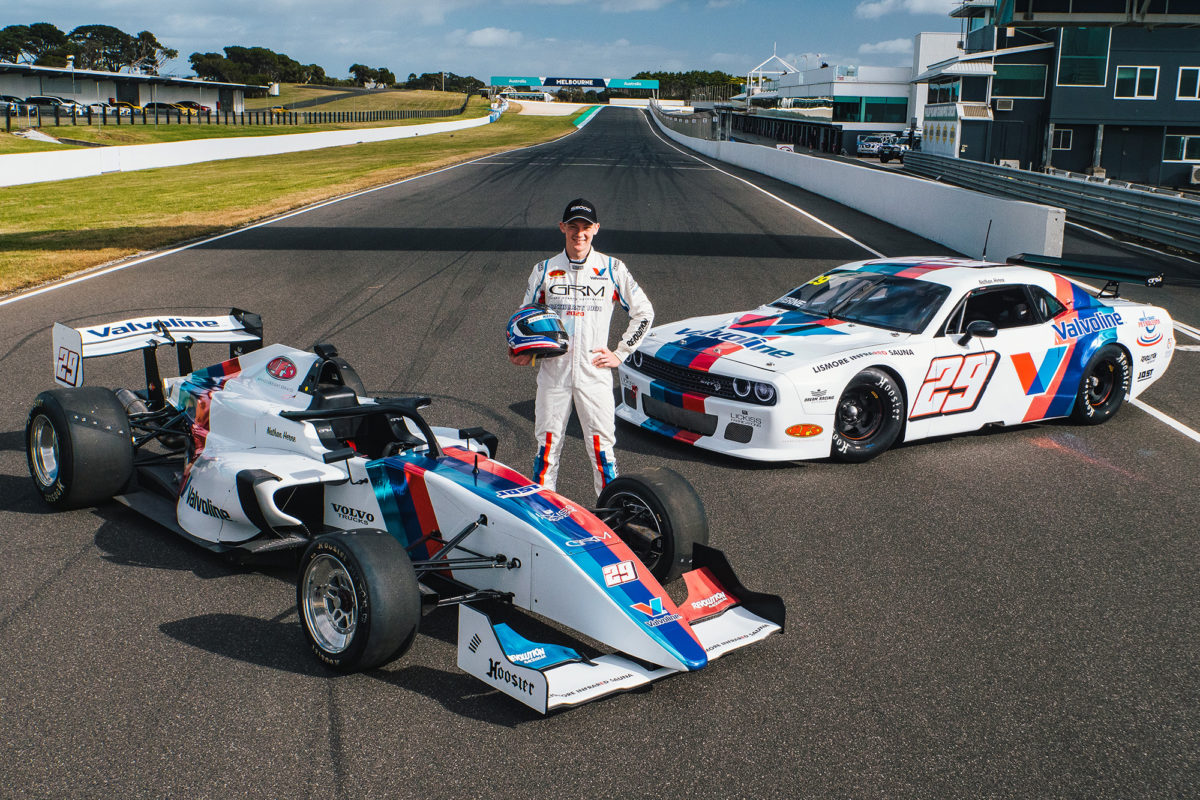 Nathan Herne has signed up for double duty in 2021, with the teenager to make his S5000 debut alongside his National Trans-Am Series entry.

Herne has signed a multi-year deal with Garry Rogers Motorsport to run in S5000, with the 18-year-old to compete in Valvoline colours in the Australian single-seat series next year.

The New South Welshman will join James Golding and Luis Leeds in a three-pronged GRM S5000 effort, while Dream Racing Australia will run Herne’s third season in the Trans-Am series.

While Herne has never raced an S5000 car, he has accrued a hefty open wheel resume due to his experience in Formula Ford, where he is a race and round winner in the national series and was a dual Victorian and New South Wales state champion in 2018.

Herne will conduct a test day at Phillip Island today as part of his first official day with GRM.

The first round of both the S5000 and Trans-Am series will be held at Symmons Plains Raceway across January 24-26, which will mark the first leg of the inaugural Race Tasmania festival.

“GRM has had some of the biggest names in Australian motorsport come through their team like Garth Tander, Jamie Whincup and even Scott McLaughlin who’s now racing in IndyCar, so to be the next driver selected by them at such a young age is something I’m very proud of and something I will grab with both hands,” Herne said.

“I’d never really considered open wheelers after Formula Ford, I was always looking at tin tops as I liked racing door-to-door, but after I drove the S5000 for the first time it was a massive eye-opener when I realised, ‘Okay, these cars are made to race and they’re made to be a spectacle.

“Swapping between the hard and aggressive style of the Trans-Am to the smooth and precise nature of the S5000 will be tough, but if I didn’t think I was up to the challenge I wouldn’t have signed up for it, it’s a new and exciting challenge for me.”

Herne was set to make his Supercars debut for GRM at October’s Bathurst 1000, but was denied a start after Motorsport Australia announced that it had denied his application for a Superlicence.

Prior to filling the seat with Jayden Ojeda, GRM had backed their stance on Herne, saying it would not participate in the Great Race unless Herne was one of its drivers.

Herne questioned where his career was heading following the drama, but was delighted to be picked up by the GRM squad ahead of a bumper 2021.

“This announcement is a massive instalment of confidence for me,” he said.

“Earlier in the year I wasn’t too sure where my racing career was going to go especially after the whole Bathurst debacle, I was still working hard at it, but for Garry and Barry Rogers to pick me up for their S5000 and Trans-Am program in 2021 has put the fire back in my belly.

“I’ve got a very steep learning curve ahead so I will be trying my best to be a sponge and absorb everything in from having some incredibly talented people around me.”

“It is great that we welcome Nathan full-time into the GRM fold for what both Garry and I are assuming will be many years to come,” Rogers said.

“We have made no secret of our thoughts on his skills… Garry and I have been very impressed with him, both as a driver and a young man, so we are pleased to see him join our team.

“Nathan has a lot of experience in the Trans-Ams, so when he tested the S5000, he adapted very quickly. He comfortably slipped into the car and was on the pace. We’re looking forward to seeing how he fairs in both of these great categories.”