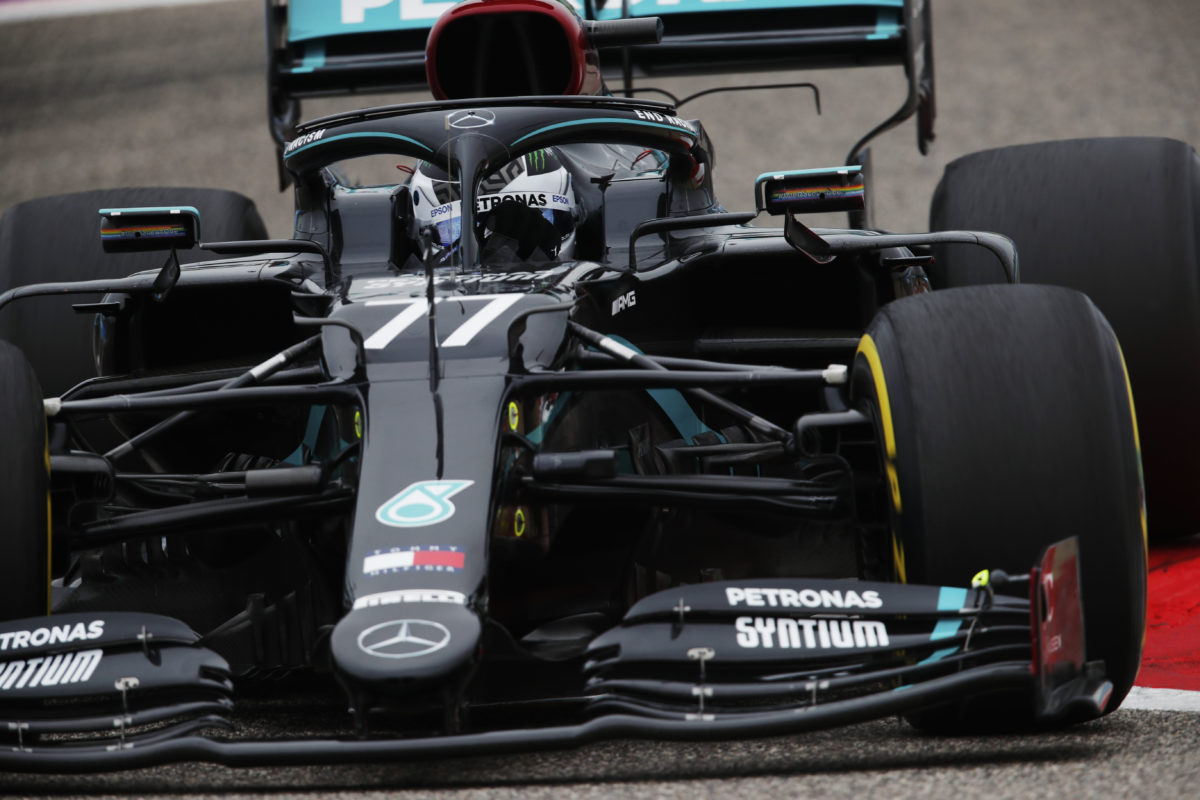 Valtteri Bottas has explained that the success of Mercedes team-mate Lewis Hamilton motivates him to continue improving.

The Finn is locked in battle with Max Verstappen for second place in the 2020 Formula 1 drivers’ championship.

Hamilton, who will sit out the Sakhir Grand Prix this weekend after testing positive for COVID-19, has already mathematically sealed his seventh title.

“Being against Lewis, is a great motivation,” Bottas told selected media, including Speedcafe.com.

“In terms of numbers, he’s the most successful F1 driver in history, probably.

“So it’s a great motivation to try and be better than him. It’s not easy, and I’ve had many, many defeats, but I’ve also had wins.”

The Finn suggested the margin between he and Hamilton had closed, despite the apparent gulf in terms of championship points between the duo.

“On statistics in terms of your pace, it’s getting closer and closer, so that really keeps me going,” Bottas said.

“I wouldn’t want anything easy, in an easy way, so I don’t see that as a negative thing.

“So for sure, people are always going to compare and that’s the nature of this sport, and that’s what it is, but that’s only going to motivate me.”

Since joining Mercedes, Hamilton has been beaten in the championship standings on just one occasion, when Nico Rosberg won the 2016 world championship.

The German subsequently retired from the sport at the end of that season, opening the door for Bottas to join the squad.

Last year he recorded his best championship result to date, finishing second to Hamilton, having been fifth and third in 2018 and 2017 respectively.

The 2019 campaign began strongly for Bottas; he won twice in the opening six races and had a worst result of third in Monaco.

However, from Spain, Hamilton went on a four-race winning streak to establish himself at the head of the standings and would go on to amass a career high of 413 points by year end.

“But I believe that is the same for every driver if they have that same mindset that they want to perform at their very best.

“It’s a challenge, sure, but it’s also very rewarding when I get the results and when I get to be on top of my game and better than Lewis.

“The feeling, the reward from that always feeds then more for my motivation to do better.

“And for the future, like next year, it’s not about big things,” he added.

“Honestly, if you break every single race weekend into small things, what has been (the) difference, it’s not big things and it’s small things that I need to perfect. There’s no one particular area.

“It’s small things here and there that I will need to nail every single race weekend.

“I know I have it in me because I’ve been able to win races, so it’s about getting small things together and just build from this year again.

“I’ve been able to progress each year, so I need to keep doing that, keep working hard, and eventually hard work will pay off.”

Bottas will be the de facto team leader at Mercedes this weekend in Bahrain as he is joined by George Russell, who is substituting for the absent Hamilton.