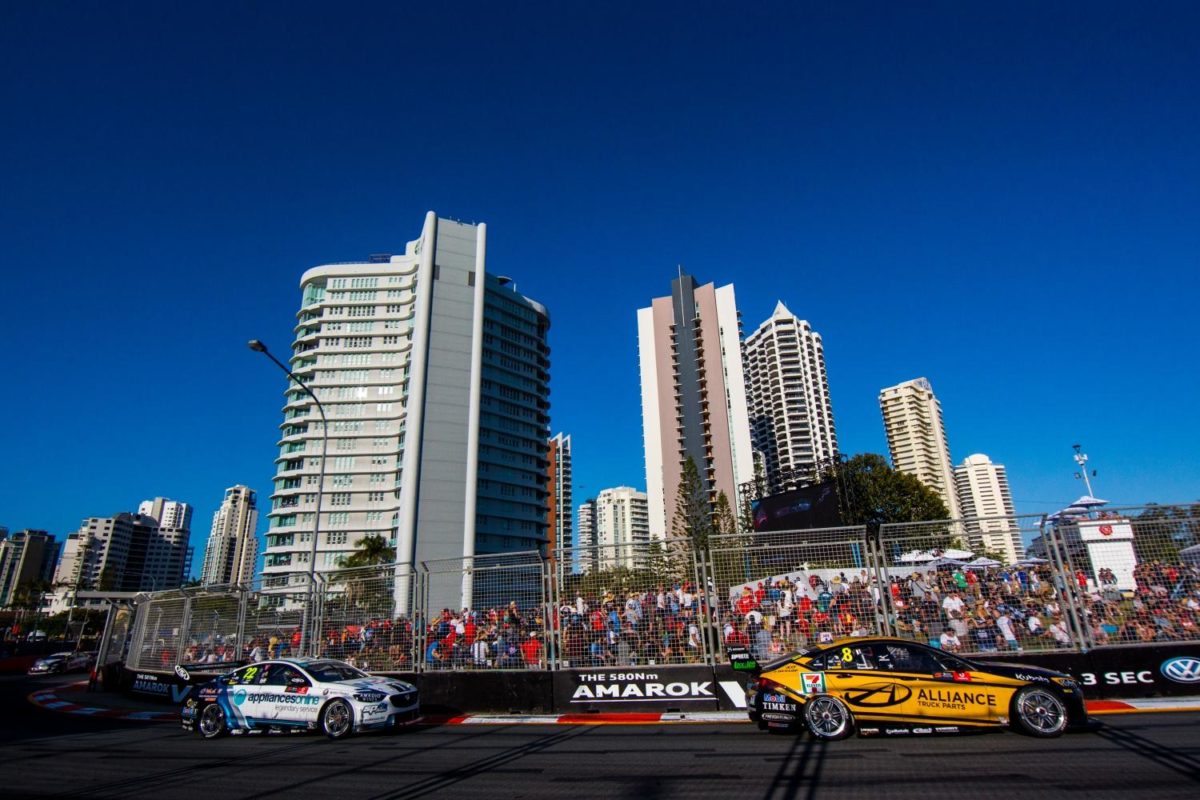 Supercars has named the Gold Coast as the 2021 season finale as part of a 12 event calendar released today.

The Queensland venue will host the final round in place of Newcastle, which will return as the season opener in 2022, after the demise of the Adelaide 500.

South Australia’s capital had long established itself as the traditional curtain-raiser but was shaping up for a move to the opposite end of the season next year before it was axed by the state government.

With that event gone, the Gold Coast will now close out the campaign, an honour previously held by the Newcastle 500 and this year by the Supercheap Auto Bathurst 1000.

The latter ensured that Supercars’ met a contractual obligation to the state of New South Wales, but it will now enjoy a prime position at the opposite end of the calendar.

“What a classic three-day carnival it will be with the Gold Coast to host the finale of the Supercar season,” said Gold Coast Mayor Tom Tate.

“Only on the Gold Coast will spectators see the final race to the championship flag. Given the pressure on teams to win the crown, it’ll be one hell of a race weekend in December.”

For the Gold Coast, the shuffle is the latest evolution of an event, which had been a mainstay for Supercars since its first appearance there, in 1994.

Having initially been a clear support act to the North American open-wheel competition after which ‘Gold Coast Indy’ had been named, Supercars’ races finally assumed championship status in 2002.

In 2008, the touring car championship was in fact the biggest points-paying act as IndyCar made its last, and technically its first, appearance at the Surfers Paradise Street Circuit, the year of reunification with Champ Car.

Supercars was the undisputed headline act thereafter, initially due to the A1GP saga which played out in 2009, before the international co-driver format was installed and racing conducted on a newly shortened version of the Surfers Paradise Street Circuit in 2010.

That was replaced by a more conventional two-driver format in 2013, with the inception of the Pirtek Enduro Cup, and had remained in place until the events of 2020 led to widespread disruption to competition.

Now the Gold Coast event will have a new identity yet again, as the formal decider of the Supercars Championship.

The Gold Coast won’t be the only event in Queensland this year with Townsville also confirmed to return in 2021 as part of a new-look calendar.

Queensland’s Minister for Tourism and Minister for Sport, Stirling Hinchliffe, said: “The Supercars championship is a much-loved celebration in Queensland of motorsport rivalries, precision driving and excellence in automotive engineering.

“A mid-season event in Townsville and the 2021 finale on the Gold Coast will deliver a double dose of Supercars in Queensland, set amongst some of Australia’s best motor racing backdrops.

“For southern motorsport enthusiasts, the Supercars championship is without hesitation the perfect way to kick-off a Queensland getaway.”