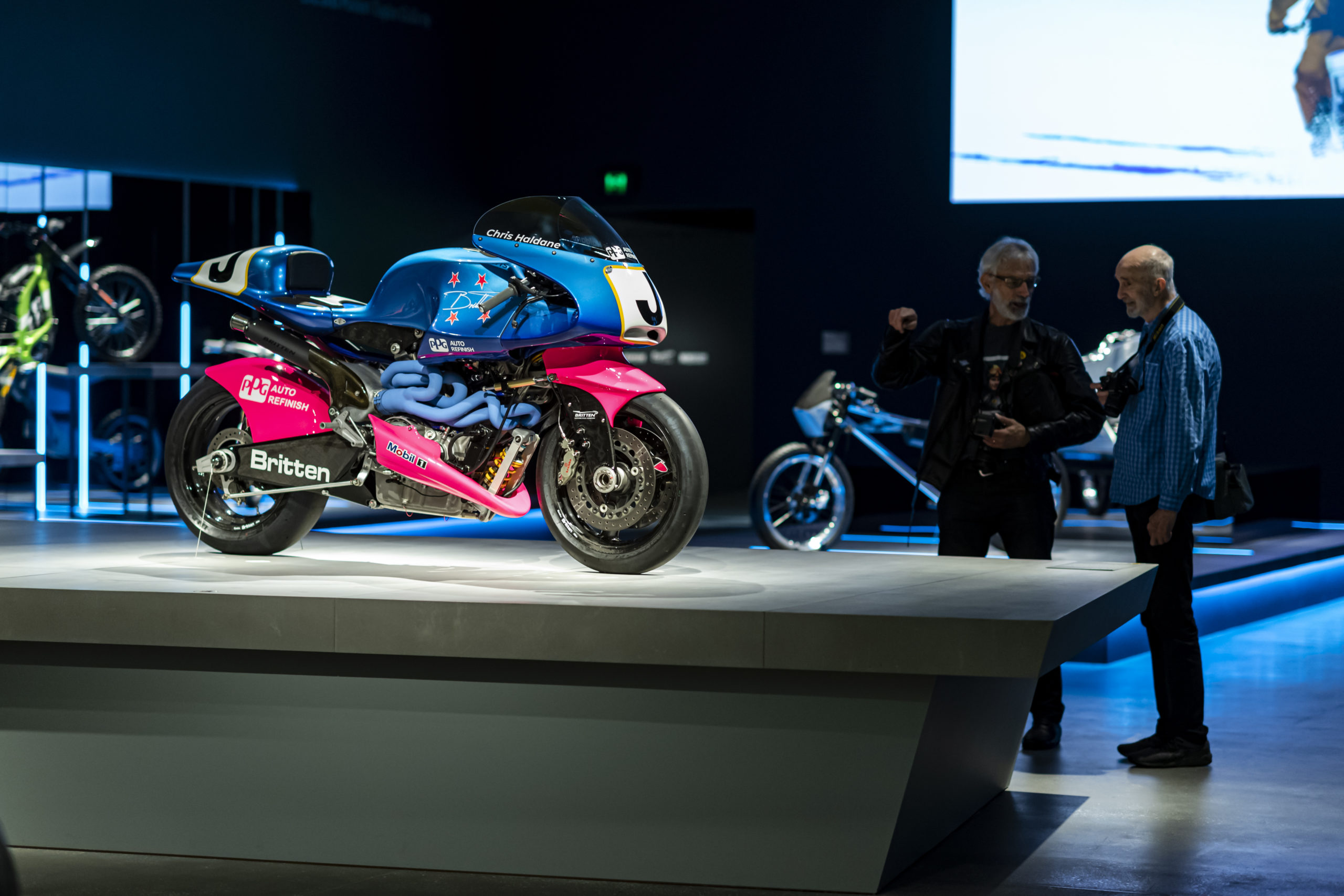 Speedcafe.com has worked to develop a list of dream places, events and experiences for fans of motorsport and motoring for you to tick off your Bucket List once we return to some sort of “normal”.

The world exclusive exhibition showcases the art, design and history of the motorcycle from the last 150 years and will be open from November 28 to April 26, 2021.

The exhibit features more than 100 unique motorcycles from the 1860s to the present day and covers off social history, culture, design and technology.

Everyone of the bikes has their own story, but for us the 1906 Spencer is one of the stars of the show.

David Spencer hand-built Australian racing bikes in the first decade of the 20th century and they are believed to have been the first Australian-designed and built motorcycles ever produced.

From 1905 until 1911, Spencer utilised his mechanical engineering skills and set about designing, building and racing his very own motorcycles.

These unique skills are confirmed by the quality of cedar and bronze patterns for casting crankcases, flywheels, cylinders and heads, carburetors and frame lungs that survive to this day.

Spencer, also made from scratch his own control levers, petrol taps and oil pumps, machining and assembling the motorcycles himself. He took pride in his work with all Spencer parts numbered and stamped with his name.

Spencer is known to have built at least 10 numbered motorcycle engines, with two complete motorcycles surviving to this day – an unrestored 380cc number eight engine and the restored 475cc number three engine which takes pride of place in the exhibition.

The club launched with two objectives: “firstly the bringing together of motor cyclists for protection against any undue severity in traffic laws and regulations arranging outings where members can exchange experiences and thereby gain knowledge (for it is never too late to learn when you ride a motor cycle), secondly to take control of motor racing and records and to keep an official register of all records made.”

Spencer eventually became a racer himself and took part in sprint races at the Brisbane Cricket Ground, just 3kms from the current GOMA exhibition, as well as long-distance events and hill climbs.

While the Spencer story is unique enough, many consider Brisbane to be the birthplace of motorcycling in Australia.

Story has it that Knight Eaton, the manager of the Brisbane office of the Austral Cycle Agency in 1893, unsuccessfully attempted to attach a motor behind the rear wheel of his bicycle.

The very first motor bicycle brought into Australia arrived in Brisbane two years later and was on display in a Queen Street shop window until February 1896 when enough benzol (a by-product of coal tar) was acquired from Sydney to power the bicycle.

This new acquisition created quite a scene when ridden around the streets of Brisbane before it left to tour the rest of the country.

The GOMA exhibit is anchored by an 1871 Perreaux which is a steam-powered velocipede and the world’s oldest surviving motorcycle.

One of the most expensive motorcycles in the show is a 1951 Irving Black Lightening which was sold at auction in Las Vegas in early 2018 for $A1.6m.

At the time this was the most ever paid for a bike, surpassing the previous mark of $A1.35m paid for a 1915 Cyclone once owned by actor Steve McQueen.

The Black Lightning, one of only 30 similar models built by Vincent in England, has a rich Australian history.

Ehret’s last race on the Black Lightning was at Oran Park in 1978, and the bike’s last race – with Jack’s son John riding it as part of a sidecar outfit – was at Sydney Motorsport Park (formerly Eastern Creek Raceway) in 1993.

The Black Lightning was sold in original, unrestored and running condition and was ironically purchased by Tasmanian collector Peter Bender.

Kiwi John Britton turned the motorcycle world upside down when he set a new world land speed record on his own bike in 1994. The bike was bought with Lottery Grants Board funds and usually sits in the Museum of New Zealand.

Off-road fans are also catered for with several motocross and enduro bikes on display, including one of Toby Price’s Dakar KTMs.

While the past is well covered, the future is also highlighted with a focus on electric bikes.

This dovetails into GOMA’s interactive experience which allows visitors to take a virtual seat on a 1950s Vespa, 1960s Dirt Bike or an Electric ‘Future’ Bike and go riding in real-time through a themed landscape and spend some time building and customising their own bike, on an interactive touch-screen.

The physical exhibition is supported by a cinema program which looks at the motorcycle in film and documentary, including classics (The Wild One 1953, Easy Rider 1969), cult favourites (Scorpio Rising 1963, Akira 1988) and recent films (Finke: There and Back 2018, The Wild Goose Lake 2019).

Complementing the exhibition is a separate display in the foyer of GOMA which highlights no less than 15 motorcycle helmets which have been painted by contemporary Australian artists.

The artists have individualised the helmets, focusing on the object’s sculptural form and employing it as a canvas for their work.

This part of the exhibition will remain in place until May 16, 2021.