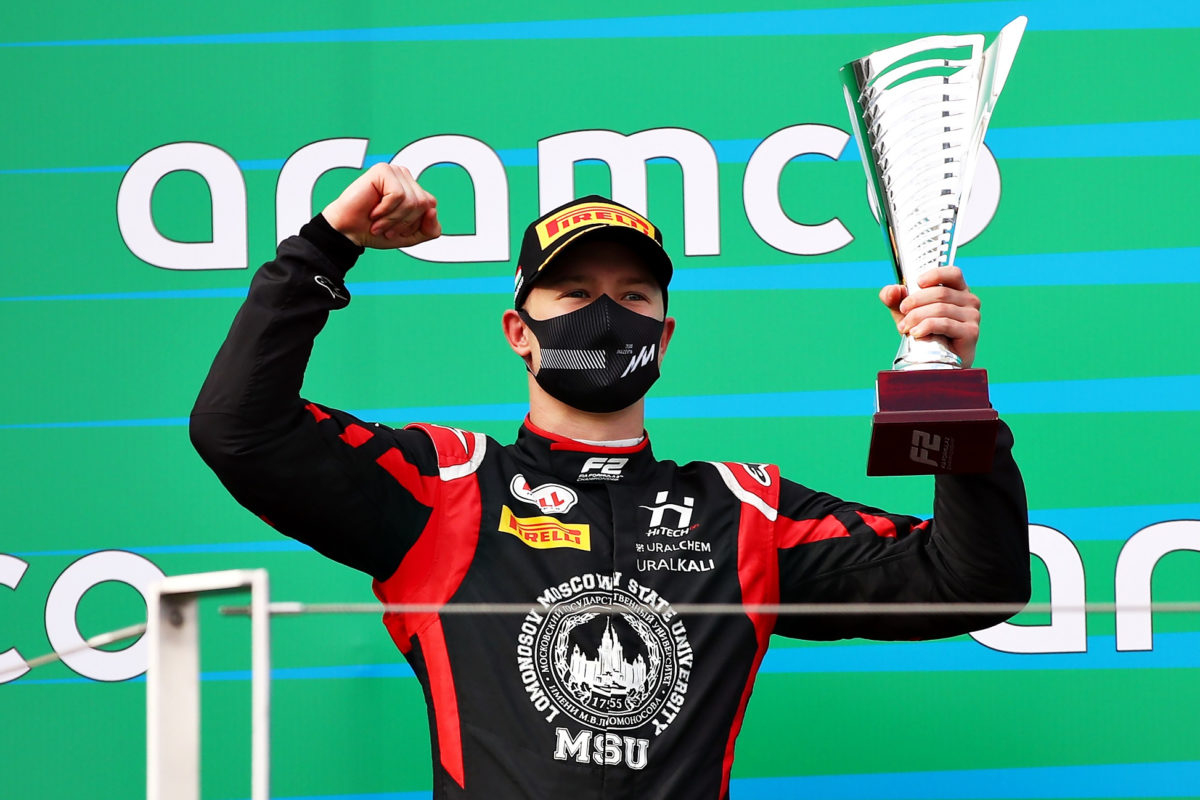 Moscow-born Mazepin was confirmed at Haas on a multi-year deal, with the Russian driver currently an outside chance to win the 2020 Formula 2 title.

The 21-year-old has claimed feature wins at Silverstone and Mugello in 2020, with additional podiums and two fastest race laps helping him to third in the F2 standings.

He also finished runner-up in the 2018 GP3 Series.

Mazepin has been around the Formula 1 fold for some time, having tested for Racing Point and Mercedes.

However, his rise through the ranks has been overshadowed by his financial background, with father and Uralchem Integrated Chemicals Company owner Dmitry Mazepin worth approximately AUD 9.6 billion.

Steiner conceded drivers with financial backing have a higher chance of securing an F1 seat, but said Mazepin’s results led to little doubt over his potential in F1.

However, Steiner admitted Mazepin’s background was enticing despite Haas being an established presence on the F1 grid.

“If somebody is good, and he has a financial backer, for sure he has a better chance than someone who is at the same level and has no financial backing,” Steiner explained.

“Why would you choose the one with no financial backing? So long as they’re good in F1.. he is third in the championship in F2 at the moment.

“I followed him the whole season and he had a difficult start, but without that difficult start he would be fighting for the championship… results always talk.

“At some stage, as I said already a while ago, if you have a business, you invest for a while, and you try and make it sustainable.

“We have established Haas as a name in F1, it’s a well-known team… at least from my side, because I go in every day. But you guys know what it is. We don’t need to push that out any more.

“And we’re looking for commercial partners. If it comes together, Dmitry Mazepin, he’s got a company. If he comes along as a sponsor, why not?”

Steiner believes his new driver’s results and potential speaks for itself, saying Mazepin is no different to several current F1 drivers.

“There is always these pay drivers, a lot of drivers come into F1 with financial backing. There are very good drivers in F1 who in the beginning brought a sponsor,” Steiner said.

“The first one to call is (Sergio Perez). They said, ‘He’s a pay driver’, when he came to F1. Look at him now, he’s on the podium and doing a good job.

“George Russell for me is one of the best drivers… without the help of Mercedes, he would not be anywhere. There’s a lot of them there. Lance Stroll, he was on the podium.

“If they are good and they have a sponsor, that’s a perfect solution.

“When I spoke with Niki (Lauda) a long time ago, he said, ‘I made it into F1 thanks to a bank that sponsored me, so I could go and buy a drive’ – I think it was with BRM at the time – and he was world champion.”