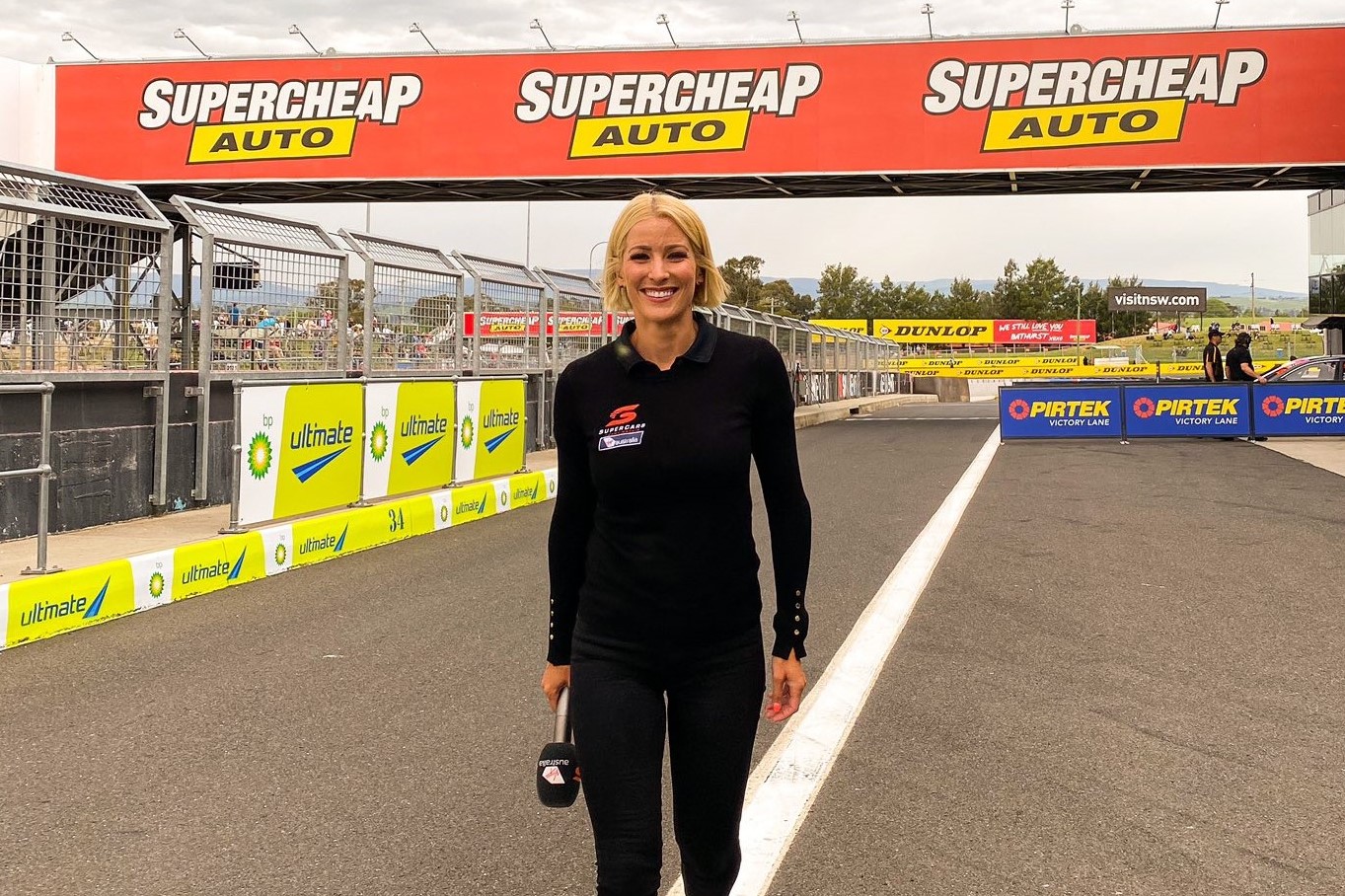 Riana Crehan says she’s proud to have paved the way for female presenters in Supercars amid confirmation of her departure from the championship’s broadcast line-up.

Earlier this year the presenter revealed to Speedcafe.com that this year’s Supercheap Auto Bathurst 1000 would possibly be her last broadcast appearance.

Crehan has been in and out of the Supercars presenting line-up due to the coronavirus pandemic, which saw a reduction in attending personnel at events.

She returned for the season-ending Bathurst 1000 but has now confirmed her departure from the broadcast line-up via social media.

Crehan told Speedcafe.com she was proud to have led the way for female presenters in a male-dominated sport, first on the big screen production and later as part of the Fox Sports broadcast.

“I am proud to have helped pave the way for females in our sport and females in televisions in sport, particularly male-dominated sports,” she said.

“If you look back to when I first jumped into the lane in 2014 for the Seven Network there were very few females on mainstream TV covering top tier sport, and for that, I am incredibly proud.

“I just leave with the utmost respect for every single person who contributes to making this thing tick, particularly behind the scenes people.

“This sport has some of the most talented people involved and we as an industry should celebrate them loudly.”

In a post to social media, Crehan worte: “I first began my Supercars experience back in 2006 as an ambassador for the sport which grew to working as a ‘work experience kid’ in 2007 within the television department with very very little experience.

“I was essentially handed a microphone and camera and told to go shoot some colour stories. Things were incredibly different all of those years ago and we were certainly not the very polished Bigscreen that the production grew to what it is today.

“I am very proud to have contributed to that. Being part of Supercars has allowed me to travel Australia and parts of the world I would never have imagined.

“It has given me the incredible privilege to be front and centre to historic moments in Australian sport and I have been so fortunate to be often the first person to hear the first words after many firsts. First Race, First Pole, First Win, First Bathurst.

“For those moments I am forever grateful. Thank you to all who have made my time brilliant. There are so many. Thank you to every driver for your patience .

“Thanks to (Tony Cochrane) for the faith in the early days! Thank you to so many supporters for the kind words over the years. And to my ride or dies. The people behind the scenes our crew, our lane crew, our production team you are the unsung hero’s that keep this shit going.

“I leave proud, as a young blonde girl from Perth who knew nothing of Motorsport who got told back in 2007 she was wasting her time, proud to have contributed to showing girls that they can do it too.”

Supercars this year signed a new broadcast deal with Foxtel and the Seven Network, the latter taking over as the free-to-air broadcaster from Network 10.

There have been suggestions that the presenting line-up may be reshuffled for the 2021 season, with Fox Sports and Channel 7 potentially simulcasting identical broadcasts.

The move has been mooted in an effort to cut costs, meaning there may be a mix of Supercars, Fox Sports, and Channel 7 talent come 2021.