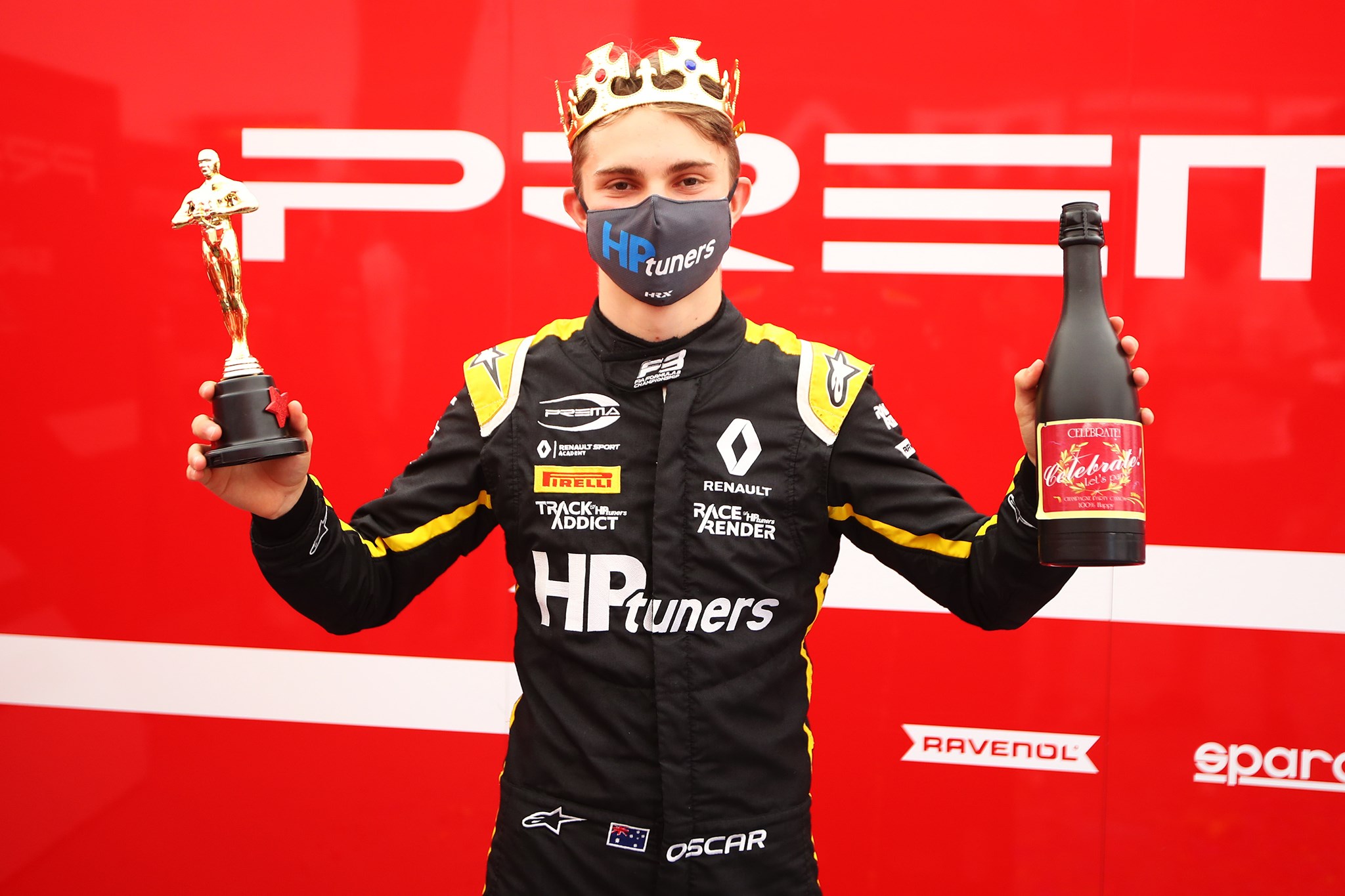 Prema Racing has confirmed Formula 3 champion Oscar Piastri will step up to Formula 2 in 2021.

The re-signing comes off the back of winning this year’s FIA Formula 3 Championship, a season which saw him claim two wins and four podiums for the Italian team.

The Renault Sport Academy driver will make his FIA Formula 2 Championship debut at the end of year test in Bahrain alongside a yet-to-be-confirmed team-mate.

Piastri, who hails from Melbourne, is managed by ex-Formula 1 driver and grand prix winner Mark Webber.

“I’m super excited to be racing with Prema in the 2021 FIA Formula 2 Championship,” said Piastri.

“We had a very successful 2020 season, winning the Formula 3 championship together, and I’m hoping for another successful year with them.

“Prema has proven to be the team to beat once again in F2 this year, so I’m extremely happy to be moving into the championship with them.

“I’m very grateful to stay a part of the Prema family, and I’m looking forward to plenty more pizza and pasta.”

Prema Racing Team Principal Rene Rosin said the team is “delighted” to have Piastri on-board for the forthcoming season.

“Not only he is a talented racer with outstanding speed skills, he has a clear understanding of the complexities of today’s motorsports and he is extremely adaptable,” said Rosin.

“Having witnessed his progress and success throughout the 2020 season, taking our relationship to the next step for the 2021 FIA Formula 2 Championship felt like the natural thing to do and we look forward to having him on-track right from Bahrain.”

Round 1 of the FIA Formula 2 Championship will take place at Bahrain International Circuit on March 26-28.