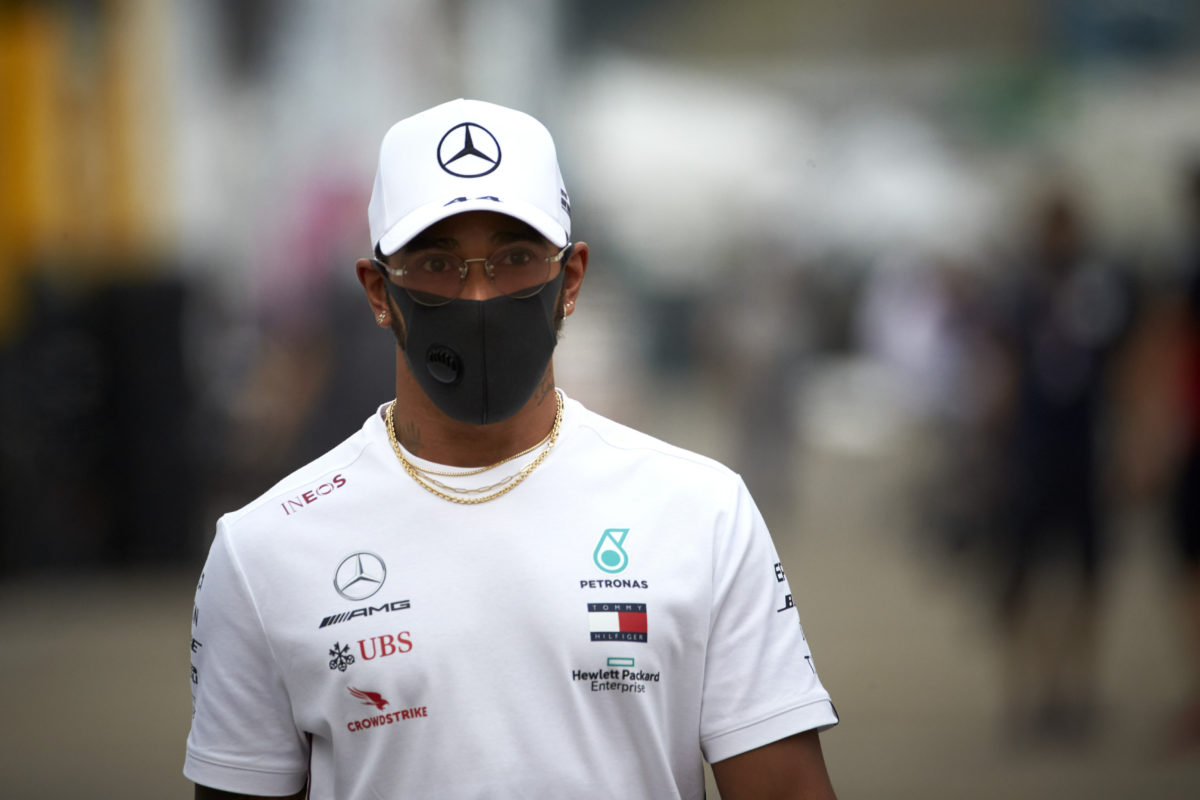 It will be the first race Hamilton has missed since making his debut at the 2007 Australian Grand Prix, a run of 265 consecutive starts.

Mercedes confirmed the news via a statement which read:

“The Mercedes-AMG Petronas F1 Team regrets to announce that Lewis Hamilton has tested positive for COVID-19 and will be unable to take part in this weekend’s Sakhir GP.

“Lewis was tested three times last week and returned a negative result each time, the last of which was on Sunday afternoon at the Bahrain International Circuit as part of the standard race weekend testing programme.

“However, he woke up on Monday morning with mild symptoms and was informed at the same time that a contact prior to arrival in Bahrain had subsequently tested positive. Lewis therefore took a further test and returned a positive result. This has since been confirmed by a retest.

“Lewis is now isolating in accordance with COVID-19 protocols and public health authority guidelines in Bahrain. Apart from mild symptoms, he is otherwise fit and well, and the entire team sends him its very best wishes for a swift recovery.

“We will announce our replacement driver plans for this weekend in due course.”

Hamilton’s absence will have no impact on the top end of the championship, the Englishman holding an unassailable lead over team-mate Valtteri Bottas in the standings.

Mercedes too has already secured the constructors’ championship, somewhat softening the impact of the positive result.

Esteban Gutierrez and Stoffel Vandoorne are possible replacements for Hamilton, though Nico Hulkenberg could also fill the void.

The German has started three races this year with Racing Point, twice in place of Sergio Perez and once for Lance Stroll.

The conclusion to the 2020 F1 season is a compact affair, with the Abu Dhabi Grand Prix following the weekend (December 11-13).