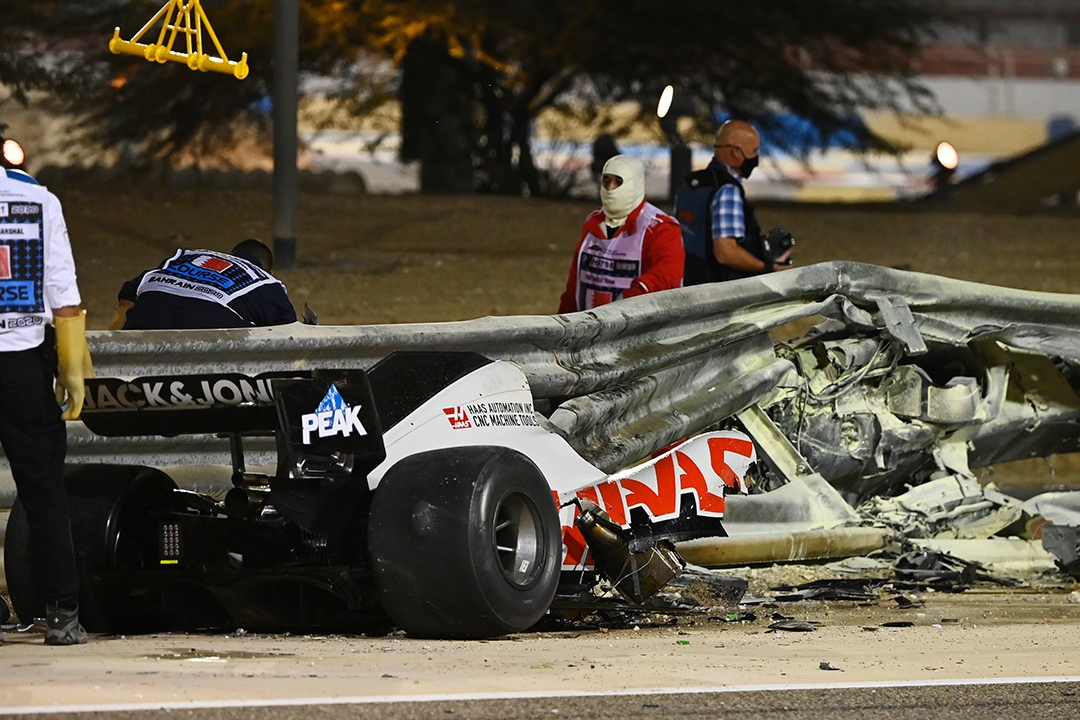 Grosjean’s car tore in two on impact, with the monocoque separating from the rear of the car, bursting through the armco barrier and into flames.

While the Frenchman escaped with minor burns to his hands, the accident left his rivals shaken, with the Haas monocoque a smouldering wreck wedged inside the barrier.

A delay of over 90 minutes saw the damaged barrier segment replaced by a makeshift concrete wall.

Vettel, who admitted footage of the incident made for uncomfortable viewing, was angered by the initial barrier failure.

“I haven’t looked at the images a lot because I didn’t really want to, but the main thing is he got out. I don’t know how to be honest,” said Vettel, who is a fellow Grand Prix Drivers’ Association director of Grosjean.

“But obviously the guardrail is not supposed to fail like that. I mean it’s good the cars are safer than they used to be in the past but the guardrail shouldn’t fail and the car shouldn’t catch fire in that fashion.

“There are a lot of precautions so that it doesn’t fail, so I don’t know what happened there. I think it’s difficult to say at this stage but the main thing is obviously that he got out.”

Carlos Sainz, who was buried in Tecpro safety barriers following an accident at Sochi in 2015, was also alarmed by the armco barrier damage.

“I never expected honestly a Formula 1 car and an armco to generate that kind of crash,” the McLaren driver said.

“It’s definitely something we need to look into as (part of the) general safety, without pointing fingers at all.”

Sainz said the accident, along with the recent restart pile-up in Mugello and last year’s fatal Belgium crash of Formula 2 driver Anthoine Hubert, can be crucial for the sport to continue improving safety standards.

“It’s another day where we need to learn as a sport, same as we have to learn from days like Mugello and the days of Anthoine for example,” the Spaniard said.

“That’s what’s going to allow us to race harder, to race safer and to make everyone happy.” 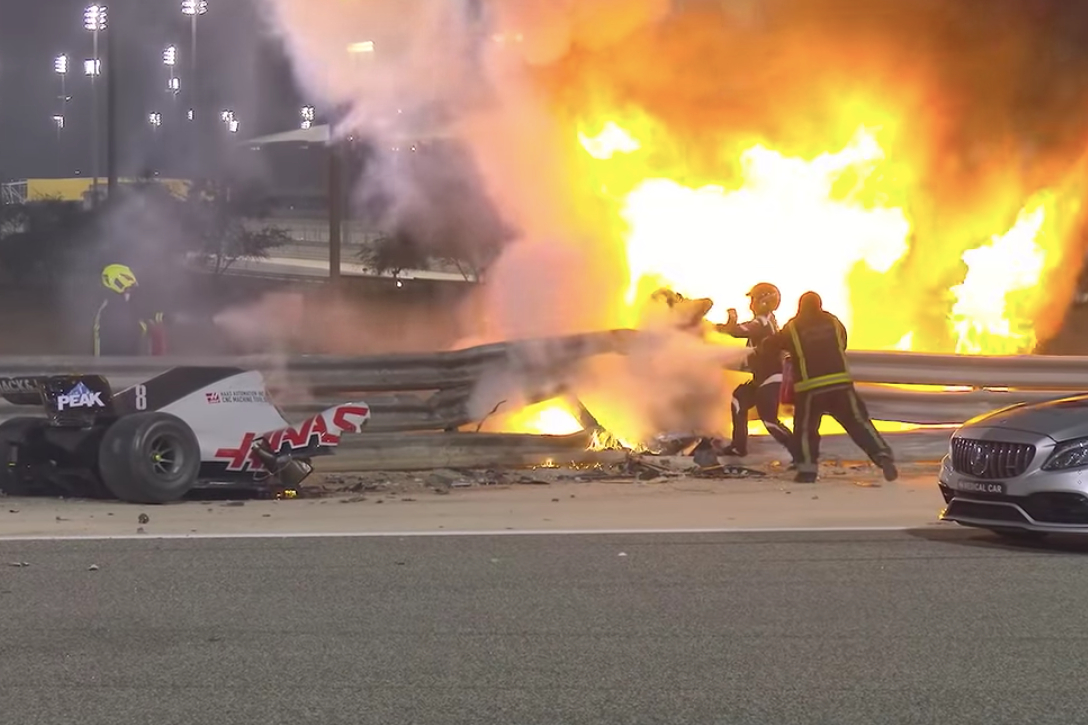