Stroll’s Bahrain flip ‘looked worse than it was’

Stroll’s Bahrain flip ‘looked worse than it was’ 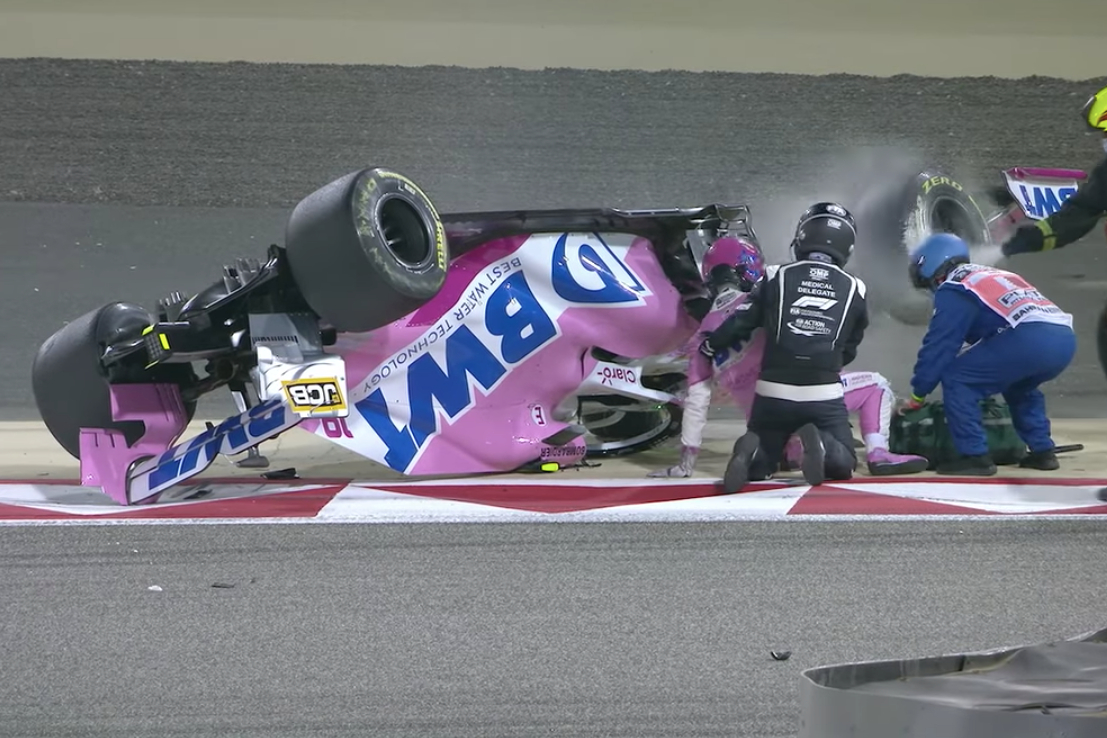 Lance Stroll lamented another non-points finish following his low-speed flip after the restart of the Bahrain Grand Prix.

The race had been red-flagged following a heavy accident for Haas’ Romain Grosjean, who escaped with minor burns to his hands when his car hit the barrier after Turn 3 and burst into flames.

After a delay of over 90 minutes, with the wreckage cleared and the damaged barrier replaced, drivers lined up on the grid for a second start.

However, Stroll’s race was over on the first flying lap after his Racing Point was overturned at Turn 8 following contact with AlphaTauri’s Daniil Kvyat, who was also involved in the Grosjean incident.

The Safety Car was deployed and Stroll confirmed he was okay over team radio, and the Canadian clambered out of his upturned car to safety.

It marked yet another blow for Stroll, who is 11th in the points standings having scored just two points across the last seven races.

“I’m really frustrated by the race. We’ve scored two points since Monza and it’s been a series of incidents outside of my control that’s caused it,” Stroll said.

“At one point this season we were (fourth) in the drivers’ championship and we’d had such a strong start to the year, so that makes the current situation all the more frustrating.

“I can’t say much about today’s incident, I was going through Turn 8 and was mid-corner when I was hit by Daniil who came out of nowhere and connected with me.

“The crash looked worse than it was… I’m okay, and Daniil got a penalty. There’s no point thinking about what could have been today or in the previous events.

“We won’t dwell on it because there’s nothing we can do about it now. We need this run of bad luck to end and we’ll focus on coming back stronger next week and finishing the season on a high.”

Stroll was fourth in the standings following his Monza podium, but retirements in Mugello, Sochi and Portimao sandwiched an illness-related absence at the Eifel Grand Prix.

A maiden pole in Turkey looked to stop the poor run, before he faded to ninth despite leading the opening half of the race.

Racing Point headed to Bahrain just five points ahead of McLaren and 18 ahead of Renault in the tight battle for third in the constructors’ championship.

However, a Racing Point double retirement, with Sergio Perez losing a podium due to a suspected MGU-K failure, has seen the Silverstone team drop to fifth, 23 points adrift of McLaren.

Despite his own crash, Stroll joined the chorus of drivers in shock at Grosjean’s crash.

“I’m really happy that Romain was able to walk away from that crash as it was a scary one to see happen,” Stroll said.

“I think all of us drivers in the pit lane had to stop for a second and reset before getting back into the car.

“I’m definitely thinking of him.”

Formula 1 is back in action in Bahrain this weekend for the Sakhir Grand Prix, starting Friday.