POLL: Has your opinion of the halo changed?

POLL: Has your opinion of the halo changed? 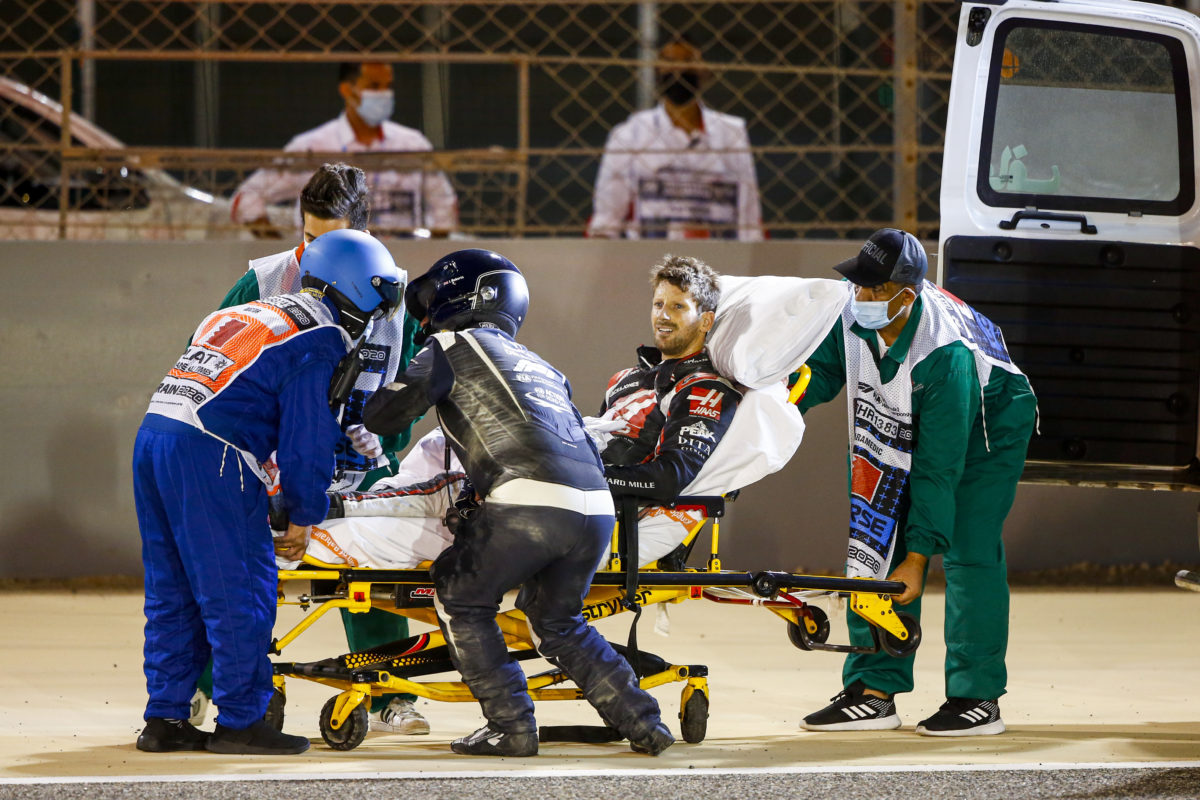 Romain Grosjean has credited the halo with saving his life following a horrific crash on the opening lap of the Bahrain Grand Prix.

The halo proved a divisive topic when introduced into Formula 1 in 2018, and we want to know your opinion on the device in the wake of recent events in this week’s Pirtek Poll.

Grosjean’s Haas speared into the barrier on drivers’ right on the exit of Turn 3 in Bahrain, ripping the car in half as the survival cell pierced the armco barrier.

Following the incident in which the Frenchman escaped with little more than burns to his hands, Ross Brawn, F1’s Managing Director, Motorsport, suggested it was the halo which saved his life, and that similar incidents previously had proved fatal.

Indeed, the incident which claimed the life of Francois Cevert at the 1973 United States Grand Prix shared similarities.

Cevert’s Tyrrell left the road in the Esses at Watkins Glen, and pierced the armco barrier on drivers’ left, though in that instance the Frenchman did not survive.

The sport has come a long way since then, with significantly improved safety standards for both cars and circuits.

One of the most controversial of these was the halo, which was designed to offer improved protection for a driver’s head – one of the last remaining vulnerabilities for open-wheel competitors.

Prior to its introduction it faced heavy criticism from purists who argued the inherent dangers of motorsport could never be regulated away.

There were even complaints about the aesthetics, together with other concerns relating to practicalities such as driver visibility and access in an emergency.

Damon Hill, 1996 world champion, was one of those vocal in his dislike of the device, though in the wake of Grosjean’s crash was open in reversing his opinion.

“I think many of us old fart drivers perhaps thought the halo was perhaps a little bit going too far on the safety front, looked pretty ugly, but I tell you what, it’s a lot prettier seeing a guy get out after an incident like that,” Hill said on Sky Sports.

Ironically, the necessity for increased head protection came to the fore in the mid-1990s, specifically after the 1994 San Marino Grand Prix which saw both Roland Ratzenberger and Ayrton Senna perish.

Hill was Senna’s team-mate at Williams that season and had seen first hand the outcome of a lack of head protection.

Quickly after that fateful weekend in San Marino, Sauber introduced higher cockpit sides before it was mandated into the regulations in subsequent seasons.

The halo is the latest extension of that, offering increased protection to the front and top of a driver.

Now in its third season of use in Formula 1, Grosjean’s crash is the most obvious example of its value, but it’s not the only one.

As recently as the Belgian Grand Prix, George Russell praised the halo for protecting him when a wheel from Antonio Giovonazzi’s Alfa Romeo struck his car.

In 2018, also at Spa-Francorchamps, Fernando Alonso found himself launched over the top of Charles Leclerc.

Both cars were instant retirements, with replays showing how close Alonso’s car came to making contact with Leclerc’s head as it skirted over the top of the halo.

Earlier that year, Brendon Hartley was fortunate the halo was in place when he suffered suspension failure during practice at the British Grand Prix.

In that instance, a passenger in the car, the cockpit of Hartley’s Toro Rosso made contact with the tyre barrier but, crucially, he was protected.

Similarly, Giovinazzi spun at Pouhon during the 2019 Belgian Grand Prix, his car becoming lodged in the tyre barrier but was kept clear of the Italian by the halo.

The halo then, on the surface, has had a positive impact since its introduction, and that’s only accounting for Formula 1.

Other categories have introduced it too, such as Formula 2, Formula 3, S5000, while IndyCar has its own variation it dubs the aeroscreen.

Among the current grid, opinion is unanimous in support of the device, with multiple drivers crediting Grosjean’s survival to the presence of the halo.

Given its track record, and in particular its role in Grosjean’s terrifying incident, has your opinion of the halo changed?