Ilott gains ground on Schumacher in penultimate F2 round

Ilott gains ground on Schumacher in penultimate F2 round 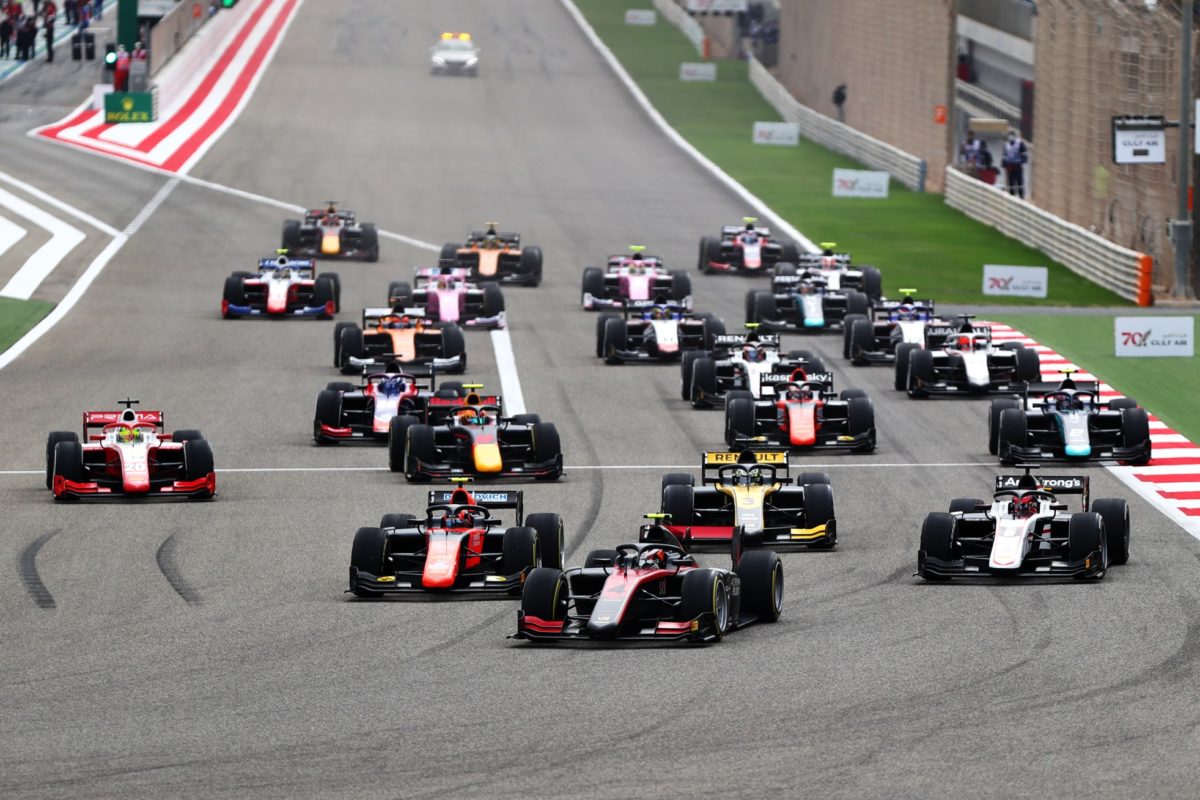 Callum Ilott has cut Mick Schumacher’s FIA Formula 2 Championship lead to 14 points with a round remaining in 2020 as Felipe Drugovich and Robert Shwarztman took wins at Bahrain.

Ilott (Virtuosi) qualified on pole by a margin of almost four tenths of a second but it was Drugovich (MP Motorsport) who took the lead at the start of the Feature Race.

Struggling with the medium compound tyres on which he had started, Ilott had slipped to fourth, behind Schumacher (Prema Racing) and Marcus Armstrong (ART Grand Prix), by the time he pitted.

Drugovich effectively led all the way while Ilott emerged second after the pit stop cycle and stayed there.

Jehan Daruvala (Carlin) held out Schumacher for the final podium place, although the German had still made up a net six positions from where he began the race, while Armstrong got home in seventh.

In the Sprint affair, Schumacher managed to put another two points back onto his championship lead by finishing seventh as Ilott languished in 16th.

Ironically, the latter had attempted to capitalise on a mistake from the former but succeeded only in locking up and turning Daruvala around, which led to a front wing change and a drive-through.

Shwartzman (Prema Racing) led all the way while Armstrong ended up fourth.

With 48 points still on offer, five drivers remain a mathematical shot at the title although even third placed Nikita Mazepin (Hitech Grand Prix) is a slim chance at 43 points back from Schumacher.

Bahrain again plays host this coming weekend, but on the Outer Loop rather than the standard Formula 1 layout.