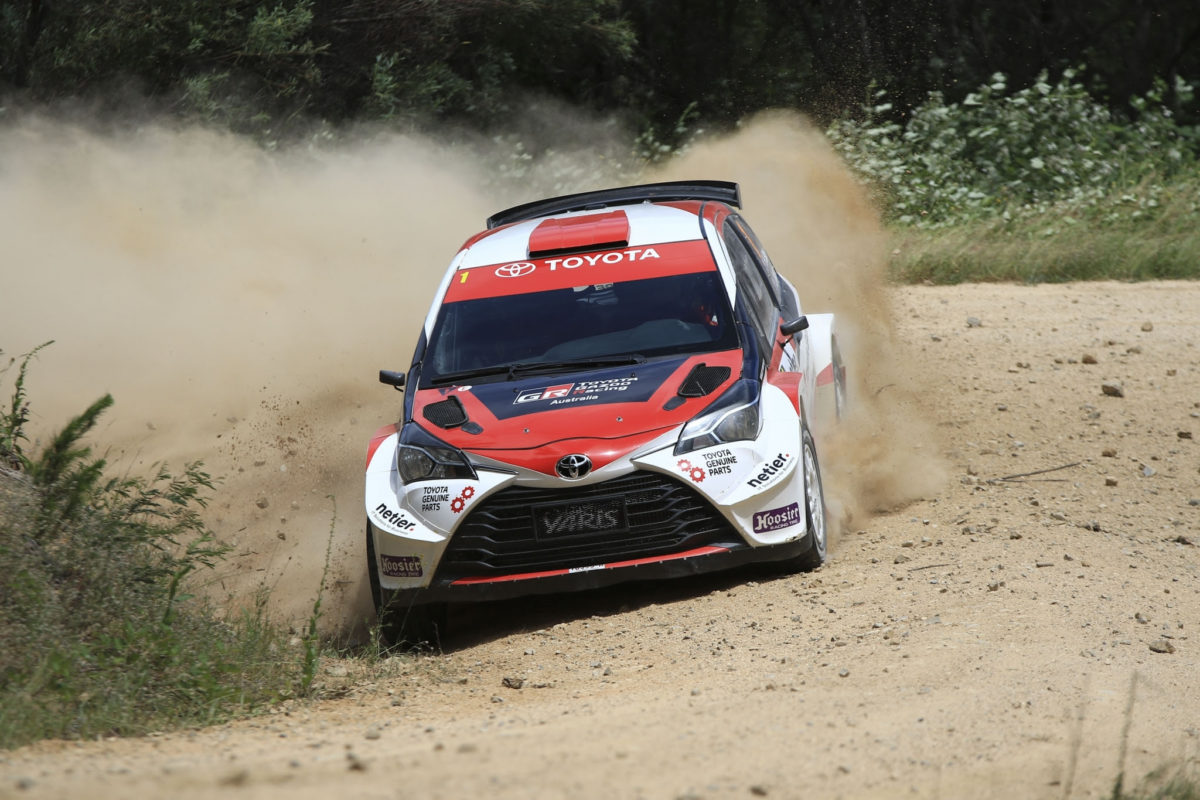 The Cup was introduced as something of a stand-in for the cancelled 2020 Motorsport Australia Rally Championship, and so it was that Bates and McCarthy added another title to their resume.

The Toyota Gazoo Racing Australia pair won all 10 stages on the Saturday of the Canberra-based event and five of the six which were held on the Sunday.

Subaru pair Molly Taylor and Dale Moscatt were the only other competitors to pick up a stage win, and finished second overall by almost three minutes.

Said Bates, “It was an incredible weekend for us, it was not quite perfect, we didn’t get everything our own way.

“All in all, everything was pretty good and we were stoked with our performance.”

The victory means that Bates and McCarthy are unbeaten in the time that they have driven the Toyota Yaris AP4 in national rally competition, and will remain so given the Toyota GR Yaris AP4 is on the way next year.

“It has been an incredible car for me, we won our first Championship together and haven’t lost a rally together,” said the 2019 champion.

Clayton Hoy and Erin Kelly ended up third for the weekend, winning the Hoosier Challenge and MTA Motorsport Australia NSW Rally Championship in the process.

The National Capital Rally will serve as the opener to next year’s Motorsport Australia Rally Championship, on March 26-28.