Grosjean to remain in hospital until Tuesday

Grosjean to remain in hospital until Tuesday 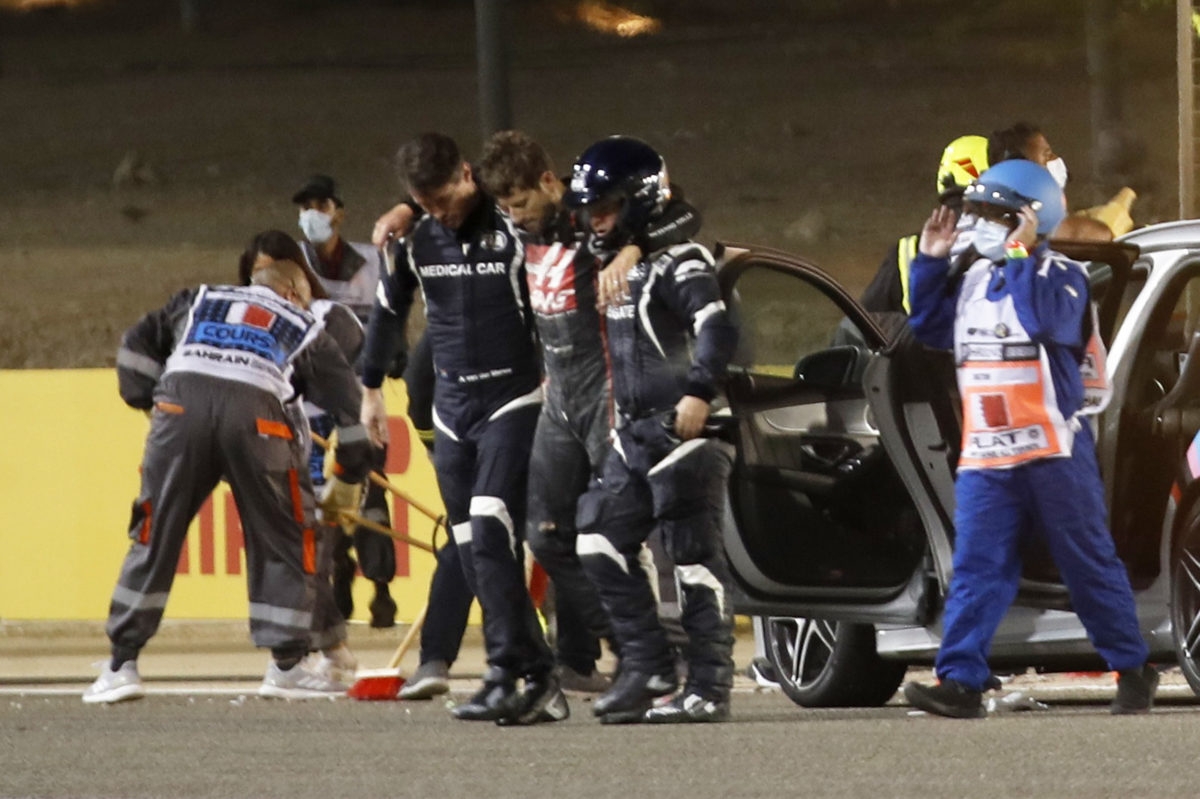 Grosjean was assisted to an ambulance following the crash

Romain Grosjean will remain in hospital for another night following his dramatic opening lap crash in the Bahrain Grand Prix.

Able to climb from the fiery wreckage, the Frenchman was assessed at the circuit medical centre before being airlifted to Bahrain Defence Force hospital for further checks.

There, he was cleared of broken bones and treated for burns to his hands.

An update from the team revealed that he has since been visited by Haas F1 Team Principal Guenther Steiner and is likely to be discharged on Tuesday (local time).

“Treatment on the burns Grosjean sustained on the back of both his hands is going well.

“Grosjean was visited by Guenther Steiner, team principal of Haas F1 Team, on Monday and it is anticipated he will be discharged from the care of the hospital on Tuesday 1st December.”

Speaking from hospital, the 34-year-old credited the halo with saving his life after his car pierced an armco barrier before bursting into flames.