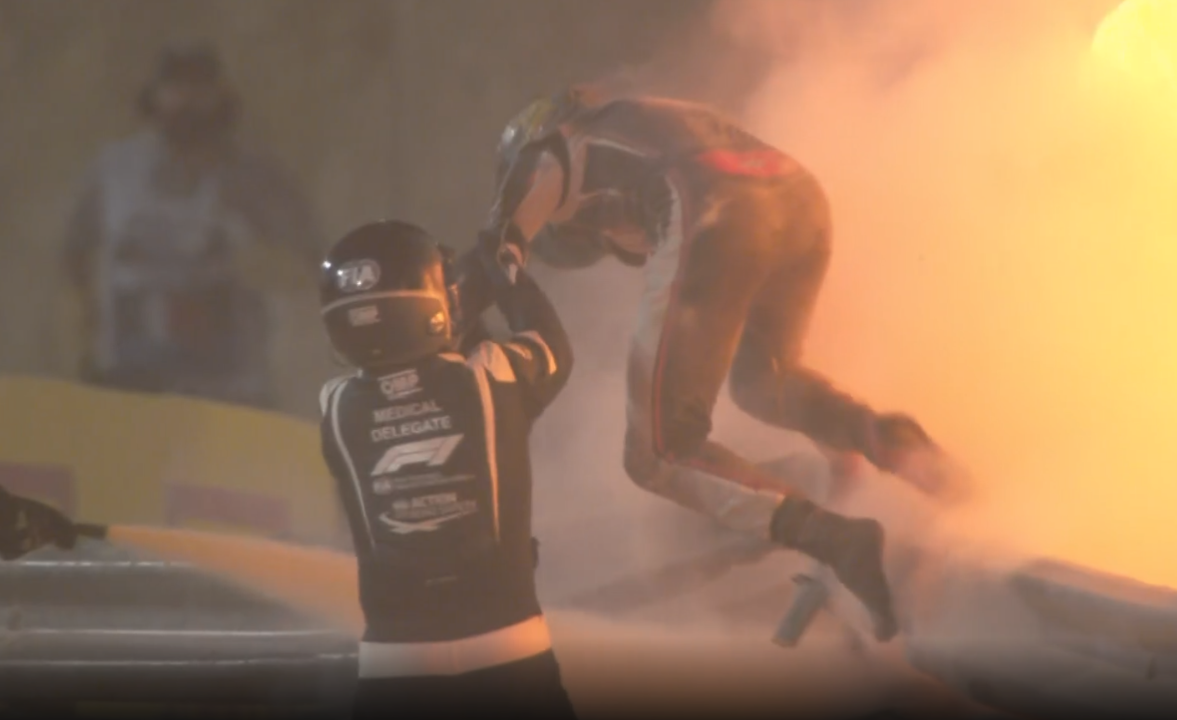 Romain Grosjean has been taken to hospital following a terrifying fiery crash on the opening lap of the Formula 1 Bahrain Grand Prix.

The Frenchman made heavy impact with the barrier on driver’s right exiting Turn 3, having made contact with Daniil Kvyat.

Contact with the barrier tore the Haas in half, with the monocoque containing Grosjean piercing the barrier as the car burst into flames.

Medical crews were quickly on the scene and Grosjean was able to climb free from his car before being tended to initially in the medical car before walking, with assistance, to an ambulance.

“He had light burns on his hands and his ankles,” Steiner told Sky Sports.

“Obviously he’s shaken and for sure he’s going through all the checks which you need to do after an impact like this but he’s conscious, he’s fine but I didn’t have any direct contact with him, just with the people there.

“He seems to be okay, and I want to thank the rescue crews which were there very quick. I didn’t see who it was yet, but the marshals and the FIA people, they did a great job because it was scary.

“When you see what is going on out there, when you see the barrier where they have torn down, it was like unbelievable,” he added.

“I think we were lucky by being unlucky. I prefer that luck than racing luck.

“He seems to be doing good, hopefully there is nothing coming; he got away with it, I think.”

It was subsequently reported Grosjean suffered a suspected broken rib in the crash, and had been transferred from the circuit to a nearby hospital via helicopter.

The race was immediately red flagged following the incident as the wall was replaced. 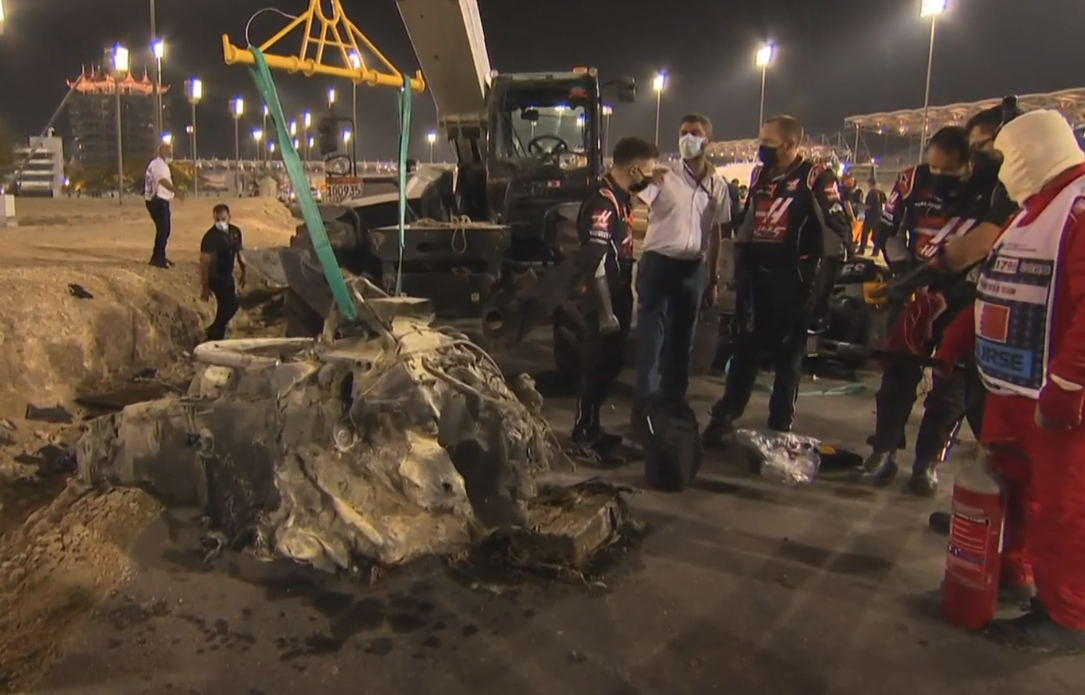 The charred remains of the Haas monocoque pic: Fox Sports