Ricciardo: We need to put pressure on Perez

Ricciardo: We need to put pressure on Perez Daniel Ricciardo said he and Renault need to put pressure on Sergio Perez and Racing Point in the Bahrain Grand Prix amid the tight midfield championship battles.

Renault lost ground to Racing Point in Turkey following a podium for Perez and first-lap contact between Ricciardo and team-mate Esteban Ocon.

Coming to Bahrain, Ricciardo is just four points behind Perez in the fight for fourth in the drivers’ standings, while third-placed Racing Point is 18 points ahead of Renault in the constructors’ competition.

The pendulum initially swung Perez’s way in Bahrain after the Mexican managed his tyres in Friday practice, before the Racing Point veteran pipped Ricciardo to fifth on the grid by just 0.095s.

In Renault’s favour is a possible two-pronged attack on Perez in the race, with Ocon seventh in qualifying as a Racing Point miscommunication left Lance Stroll in 13th.

“I’m happy with the top six today. It was very close, but I was pleased with my lap to put us up there at the top end of the timesheets,” Ricciardo said.

“I used both new sets in Q1 so I only had one new set in Q3 and maybe with an additional run it could have been a little better. It’s still good, though, and I’m happy Esteban is up there as well.

“It’s important for the constructors’ and we need to put pressure on Sergio tomorrow.

“I think the race will be interesting. The compounds are softer than last year, so I’ll be surprised if it’s a one-stop tomorrow. I’m sure we’ll see some variety on strategy.”

Perez was delighted with fifth in qualifying, and believes his tyre management and race pace will hold him in good stead ahead of the Renaults.

“We were able to be really decisive on the strategy and get through Q1 by using just one set of the soft tyres, which was absolutely the right call and meant we could use two sets of new soft tyres in Q3,” Perez said.

“When you look at the fact that I found two tenths on my second run in Q3, that call helped earn us several spots on the grid. It was a good lap at the end of Q3, although I think I lost a little bit of time in Turn 13 that might have helped me get P4.

“It’s a real shame what happened to Lance in Q2 because his pace looked good, but I’m sure he can recover in the race tomorrow and score points, which will be crucial in a close midfield battle.

“It’s a good result today for me but qualifying isn’t so representative here. What matters is strong race pace, which I think we have, and it’ll be important to get a strong start and make good strategy calls.

“It looks like a two or three-stop race tomorrow, so there’s plenty to play for and the goal is to score big points.”

The Bahrain Grand Prix will commence at 01:10 Monday AEDT. 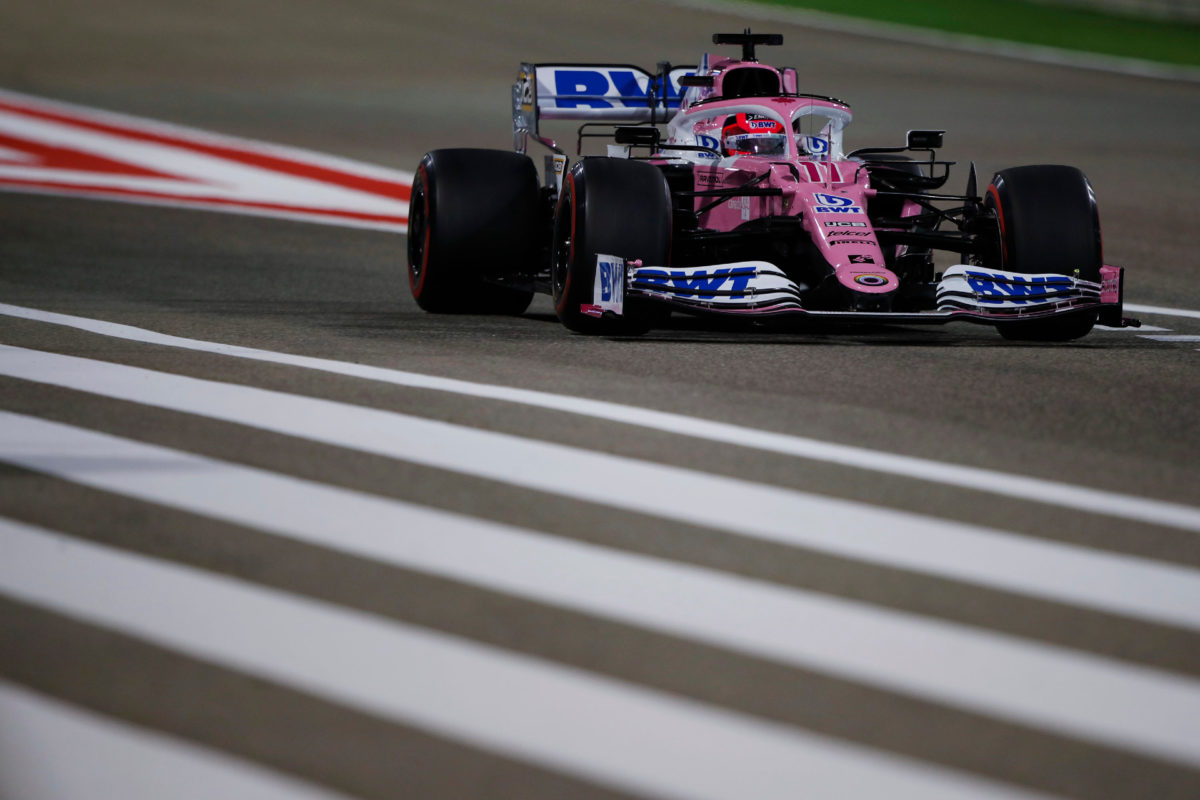