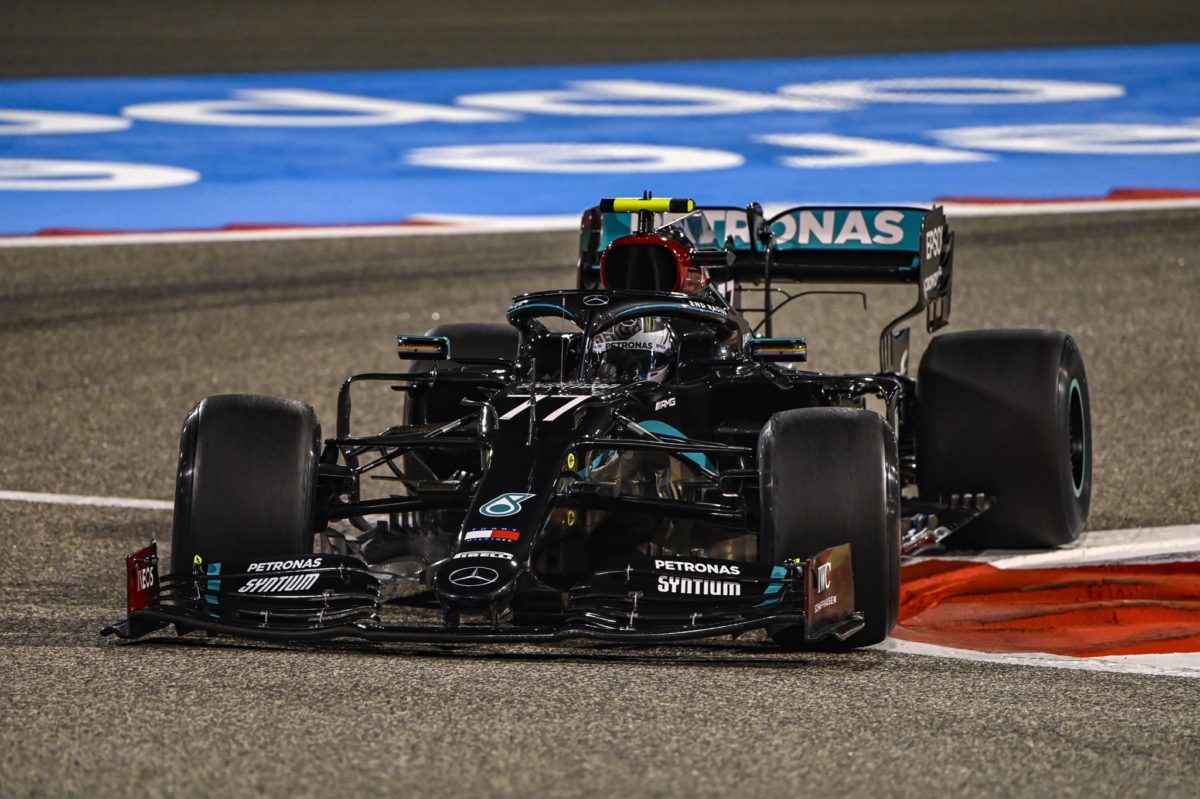 Valtteri Bottas was left confused by the deficit to his Mercedes team-mate Lewis Hamilton in qualifying for the Formula 1 Bahrain Grand Prix.

The Finn qualified second fastest for Sunday’s race, though nearly a third of a second down on the world champion-elect, Hamilton claiming his 98th career pole.

That result came despite a performance the Finn felt was good at the time.

“It felt good, that’s the problem,” he confessed.

“It feels good and it feels that you’re extracting everything from the car but the lap was not there.

“That’s the most confusing part. There was no mistakes and the last lap I thought was really good.

“It was small things here and there, there was no one clear corner.

“I need to find out (where I lost time), but at least it’s another front row lock out for us.”

Bottas denied there was an underlying issue with his car, while Hamilton suggested he could have gone faster and gave up time in a number of places on his pole-winning lap.

The Englishman’s 1:27.264s effort set a new track record for the Bahrain International Circuit, and marked a 0.3s improvement from his Qualifying 2 time.

“I am on the ragged edge naturally and it’s about trying to find that perfect balance,” Hamilton explained.

“You want to take a lot on the way in and keep the exit; you want your cake and eat it.

“It’s about just chipping away at it during the lap.

“I think the lap started off really well. There was probably a little bit of time at Turn 1, just a little bit under performed I’d say a little bit towards the apex, but after that was good.

“So I can talk you through the lap and I can tell you that there’s always just a little bit here and there, but the next lap I’ll go out maybe I’ll improve there and lose somewhere else.

“Otherwise, it was a very clean lap. I generally stayed around two and a half tenths up throughout it, so I was really happy with it.”

The Bahrain Grand Prix gets underway at 01:10 AEDT on Monday morning.