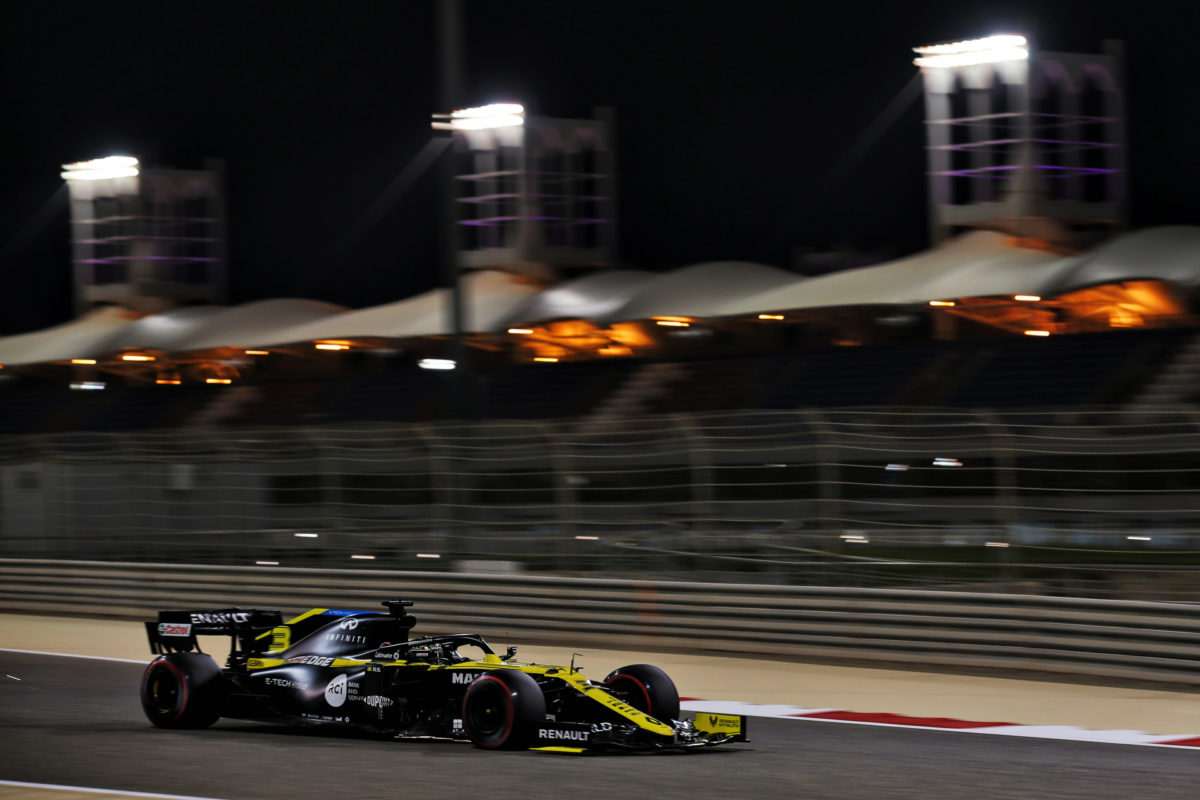 Tyre management was the talking point for the competitors in the midfield championship battles after a tight day of practice at the Bahrain Grand Prix.

As Mercedes’ Lewis Hamilton lit up the timesheets under lights at the Sakhir circuit, Racing Point’s Sergio Perez slotted into fourth, just ahead of Renault’s Daniel Ricciardo.

Heading to the final three races of the season, Perez is fourth on 100 points, ahead of Ferrari’s Charles Leclerc (97), with Ricciardo four points down in sixth.

Racing Point also has the edge in the constructors’ fight, with the Silverstone-based squad just five points ahead of McLaren, with Renault and Ferrari 18 and 24 points adrift respectively.

Friday’s running was headlined by testing of Pirelli’s 2021 tyres and a heavy accident for Red Bull’s Alex Albon, but the midfield battle swung the way of Perez and Racing Point after the opening two practice sessions in Bahrain.

Ricciardo was just 0.059s behind after running the soft compound in Free Practice 2, but the Australian burned through two sets of the C4 rubber.

“Our afternoon session wasn’t anything spectacular but, in the evening, we made some adjustments and we’re in a much better place, so I’d say we’re there or thereabouts.

“It will be tight tomorrow in qualifying. The tyres are going to get pretty chewed up around here, so a two-stop is likely and that would be the first one in the dry we’ve seen in a while.

“We did some race simulations in Free Practice 2 and we’re looking fairly solid.”

Perez finished in the top four in both sessions, and with the Mexican managing his tyres well on Friday, the 30-year-old looms large to extend his lead for fourth in the drivers’ championship.

However, Perez admitted the margin was tight to Ricciardo, but looked to be working on tyre wear for the race.

“I’m happy with the pace today, it’s an encouraging start, but it’s very clear that the margins are extremely tight… one or two tenths could make a big difference on Saturday,” Perez said.

“We’ll see how that plays out (in qualifying), but I think the most important factor this weekend will be the tyre management. That could make the difference in the really tight battle we’re in because it’s close between ourselves and our rivals.

“We will go away tonight and look into how we can improve further for tomorrow in qualifying and how the tyre wear can influence strategy in the race.”

“We expect another tight battle again this weekend with our main competitors, but it’s impossible to say who has the edge from today’s running,” the Spaniard said.

“In terms of degradation, it’s a bit of a special weekend because I don’t think anyone’s going to be capable of doing a one-stop on Sunday, so we are up for interesting strategies during the race.

“All three compounds are working well, and all three could be used in the race. I had to abort my flying lap on the soft compound due to the red flag, but it was coming together nicely and I think we have a decent base line to fine-tune tomorrow.”

Leclerc was 1.004s down on Perez in Free Practice 2, and was disappointed with a scrappy day following a spin in the first session.

“It’s been a difficult first day. I was expecting to do a bit better because traditionally this is has been very strong track for the team in the past few years, but today, we seemed to struggle quite a bit more,” the Monegasque said.

“The times are all extremely close, so any gains we make can result in a big difference.”

Cars will return to the track in Bahrain for Free Practice 3 at 22:00 AEDT on Saturday. 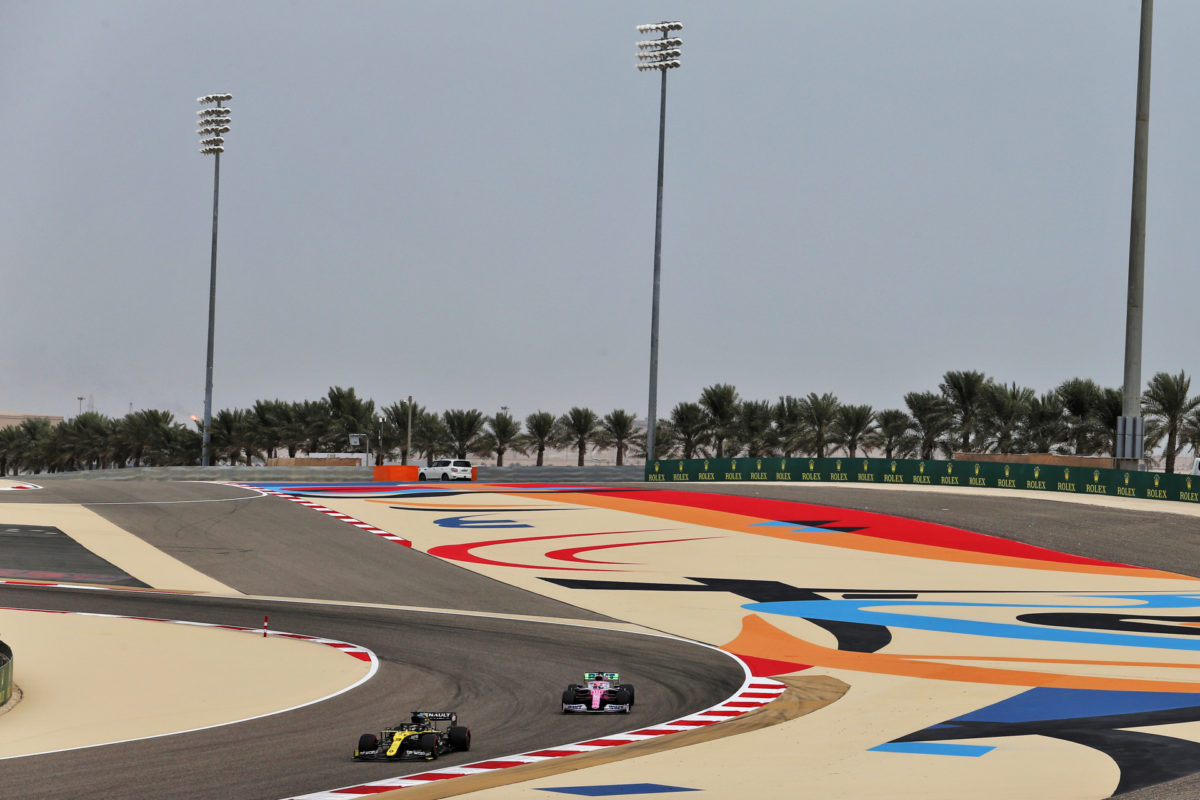