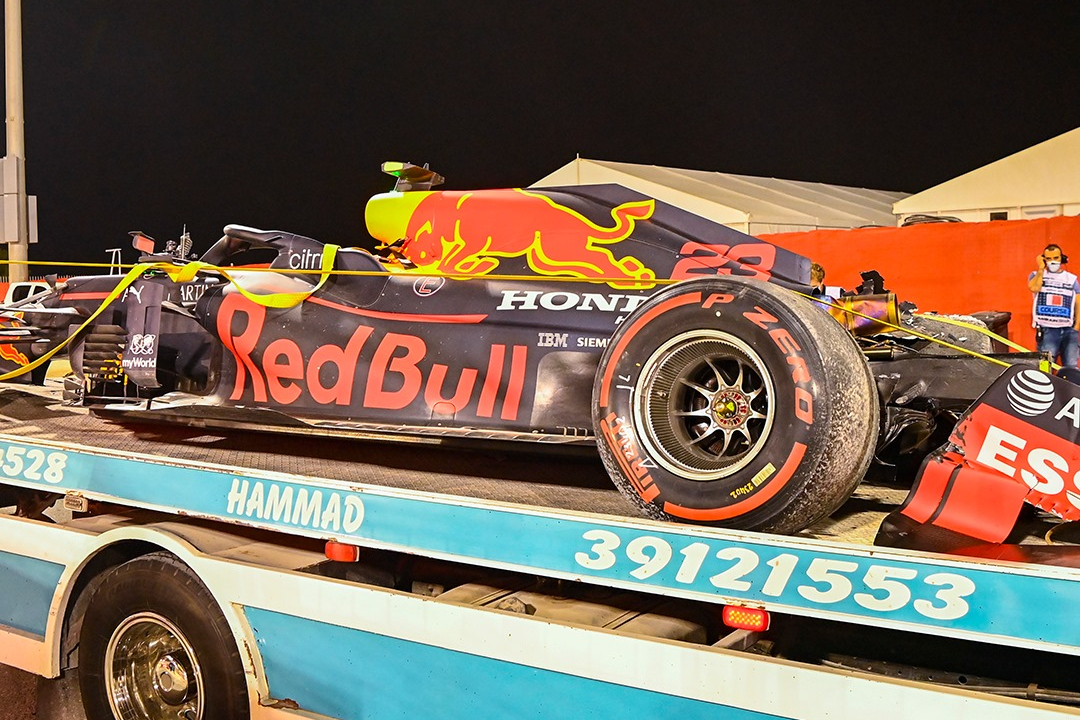 Red Bull Team Principal Christian Horner said Alex Albon’s heavy Free Practice 2 crash in Bahrain was “frustrating” as the driver admitted he could have backed out of the incident.

As Mercedes’ Lewis Hamilton lit up the timesheets under lights, Albon’s session came to a dramatic end as the Thai driver slammed into the barriers after he ran wide at Turn 15.

As he ran wide, the 24-year-old tried to accelerate his way back onto the circuit, but the car snapped on him and he fired into the outside wall.

It comes with Albon’s future one of the key silly season storylines heading to the 2021 season, with the Red Bull yet to confirm Max Verstappen’s team-mate for next season.

After the car returned to the paddock, Horner admitted there was a “significant amount” of damage to the RB16.

“Obviously, there’s a lot of superficial damage; the monocoque looked okay, the engine looks okay, it’s not a race gearbox, but it’s going to certainly keep the guys busy tonight.

Albon, who admitted the final three races of 2020 may determine whether he remains at Red Bull, conceded he could have backed out of the throttle.

“Just one of those things. I should have pulled out of it really, I was just surprised by the lack of grip, let’s say,” he said.

“Yeah it was just one of those things. It was quite a difficult, awkward angle.

“I mean, I did back out, but not enough basically. Because when you have one tyre on the astro (turf) and one tyre on the grip, that’s when the tank-slappers happen so, yeah, one of those things.

Free Practice 3 for the Bahrain Grand Prix will commence at 22:00 AEDT on Saturday ahead of qualifying at 01:00 Sunday.