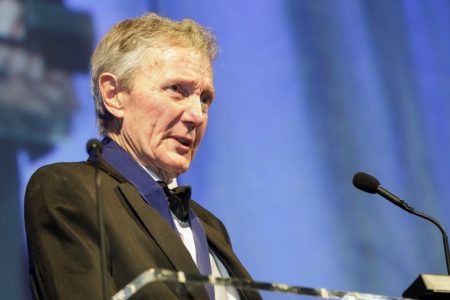 A message from his family published on social media shared the news.

“It’s with great sadness our family would like to share the news that our wonderful father John has recently been diagnosed with terminal lung cancer,” the message read.

“Together as a family we are by his side, helping him remain as comfortable as possible.

“Unfortunately this is not a race he can win but as usual he shows the dignity and strength that he’s known for.

“Our darling dad has the love of his family around him and always remains the gentleman.

“Please keep him in your thoughts and prayers. Thank you from Beverley, Donna Harvey, Lyndall Blackmore, Gavin Harvey, and all the family.”

Harvey was born in Sydney in 1938 and is best-remembered for his victory at the 1983 Bathurst 1000 alongside Peter Brock and Larry Perkins.

An engine failure early in the race saw Brock take over the second Holden Dealer Team entry which was piloted by Harvey and Phil Brock.

He cut his teeth in speedway from 1953 before switching to road racing in cars such as an Austin Cooper S and Brabham BT23E Repco.

Harvey won the 1966 Australian 1.5 Litre Championship driving a Brabham BT14, and made a total of five starts in the Australian Grand Prix.

In the late 1960s he moved to Melbourne and became involved with Bob Jane’s racing operation, winning the 1971 and 1972 Australian Sports Car Championship driving a McLaren M6B.

There was also success in Sports Sedans, and in 1979 he finished third in the Australian Touring Car Championship in a HDT LX Torana A9X.

Alongside his success at Bathurst in 1983, he finished third in the 1984 Castrol 500 at Sandown, and won his class in the 1987 Spa 24 Hours with Allan Moffat and Tony Mulvihill driving a Group A Holden VL Commodore SS.

Together with Moffat, he was also successful at the opening round of the World Touring Car Championship in Monza that same year.

He also won the World Solar Challenge from Darwin to Adelaide that November, completing the more than 3000km journey in just over five days.

He was also Safety Car driver for a number of years, and took up a role with CAMS observing license testing.

In 2018 he was inducted into the Australian Motor Sport Hall of Fame and was this year received a Medal of the Order of Australia (OAM) for his services to motorsport.