Report: Marquez to decide on third operation in December

Report: Marquez to decide on third operation in December 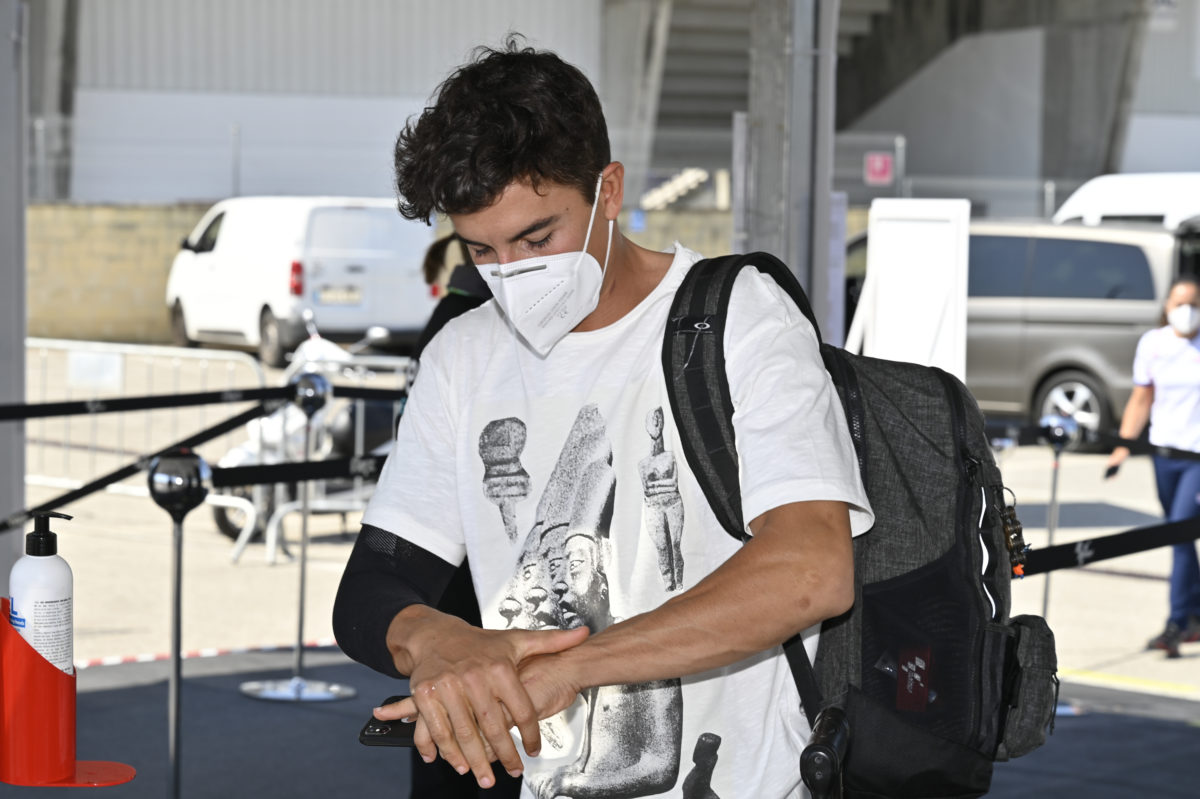 Marc Marquez will reportedly decide on a potential third operation on his broken arm, which could see him miss several races in 2021, at the start of next month.

According to Spanish newspaper El Pais, the six-time MotoGP champion will make a call on December 1, given the right humerus which he broke in July’s opening race is taking longer than expected to recover.

Speculation about more surgery had emerged in a different Spanish outlet in October, at which time the Repsol Honda Team stated that “Marc Marquez’s recovery is proceeding as planned.”

He had attempted to compete just days after the first operation, on the latter of the two consecutive Jerez rounds which kicked off the 2020 MotoGP campaign, but abandoned that quest after qualifying.

A second episode of surgery took place in August to allow doctors to replace the titanium plate from the original procedure which had become damaged, and Marquez ended up missing the rest of the season entirely.

The decision which he is set to make is high stakes, given El Pais also reports that he would then be expected to be sidelined from competition for another six months.

That timeline amounts to at least six grands prix including that of Italy on May 30, based on the provisional 2021 calendar, once most/all of December is accounted for.

Repsol Honda Team Manager Alberto Puig admitted the recovery had been “a slower process than we expected” in comments made ahead of last weekend’s Portuguese Grand Prix.

“The situation is what we have explained,” he said.

“I cannot tell you something I don’t know because, first of all, I’m not a doctor and second of all I don’t have a crystal ball.

“But what we explained is based on the programme that we decided together with the doctors and hopefully it will be OK.

“It has been clearly a slower process than we expected and of course we wanted. But it has been like this.

“Basically, this is the story, I mean I know we have been trying to explain race by race the situation because we always had the hope that Marc would join during the season.

“That’s why we didn’t say ‘OK, see you next year’. We have been trying to keep the situation, but by the end of the year there was no time and that’s when we announced it was impossible.

“So, we hope in the next weeks, month we can say the rider is back to full fitness.

“But unfortunately, I can’t answer that, we just hope.”

One possibility which has been raised is that the 27-year-old is suffering from pseudarthrosis, known also as a ‘non-union’ or ‘false joint’, although that is not usually diagnosed within six months of surgery.

If Marquez remains unfit to ride, Andrea Dovizioso is an obvious option to replace him.

The former factory Honda rider opted to take a sabbatical from MotoGP in 2021 after eight years at the Ducati Team, and “remain free from formal agreements for now”.

Without being locked into a testing programme, as now former LCR Honda rider Cal Crutchlow is with Yamaha, Dovizioso is available to fill a gap which may arise.

Honda test rider Stefan Bradl contested all 12 rounds which Marquez did not enter this year, achieving a best result of seventh, in the season finale.