Alex Albon is set on a ‘Plan A’ in retaining his Red Bull seat for 2021 as he looks to potentially career-defining performances in the final three races of the 2020 season.

Red Bull has previously insisted that the seat is Albon’s to lose, but the team has yet to announce who will partner Max Verstappen at the team in 2021, with Albon’s future one of the leading silly season storylines heading into next season.

Sergio Perez has been linked with a move to Red Bull, with the Mexican’s cause aided by a career-best run to fourth in the drivers’ points standings after 14 races.

Albon, meanwhile, is ninth in the standings and has claimed just one podium to Verstappen’s nine in 2020, with the margin 100 points between the two team-mates.

The 24-year-old was the first Thai driver to lead a lap in a Grand Prix last time out in Turkey, but a spin saw him drop to seventh behind Verstappen. However, the result helped him end a run of three races without a point.

Speaking ahead of this weekend’s Bahrain Grand Prix, Albon was pleased in his improved performance at Istanbul Park, but acknowledged he needs to make the final three races of 2020 count if he’s to remain with the Milton Keynes-based team.

“It was a good weekend (in Turkey) on my side, it was a step forward in terms of pace and we did a few things on my car which felt better,” he said.

“At the end of the day, there’s still three races to show what I’ve got. I want to have a good few races ahead of me.

“The focus is these three races, there’s not really any other thought to it.

“Most people have a plan B, but my plan is plan A, that’s staying in the team. I’m focused on that, that’s my goal.”

With Formula 2 racer Yuki Tsunoda likely to get the AlphaTauri seat alongside Pierre Gasly for 2021, Albon’s chances of remaining in F1 are hanging by a thread.

Should Tsunoda get the drive, incumbent AlphaTauri driver Daniil Kvyat would lose his seat. The Red Bull sister squad has already benched the Russian once in his career, at the end of 2017, with Kvyat joining Ferrari as a test driver in 2018.

After a promising 2019 with the then-named Toro Rosso, Kvyat has scored 26 points to his team mate Gasly’s 63 with three races remaining.

Speaking at the Sakhir circuit, Kvyat said he was resigned to losing his current drive.

“I know, like I said already, many times, that the chances of me being here next year are very slim,” Kvyat said.

“It all depends on very particular scenarios so I’m kind of already with my mind just focusing on these three races here and not really thinking about the future.

“I’m just going to give my best to this team in the next few races and then we will see, you know?

“Whether I know I’m staying or not I always give my best in every race, already (have) for the last few races, and that doesn’t change.

“I just do my best, work with my engineers, do my best driving that I can and then that’s the only thing I can do in these circumstances.”

Free Practice 1 for the Bahrain Grand Prix will commence at 22:00 AEDT tonight. 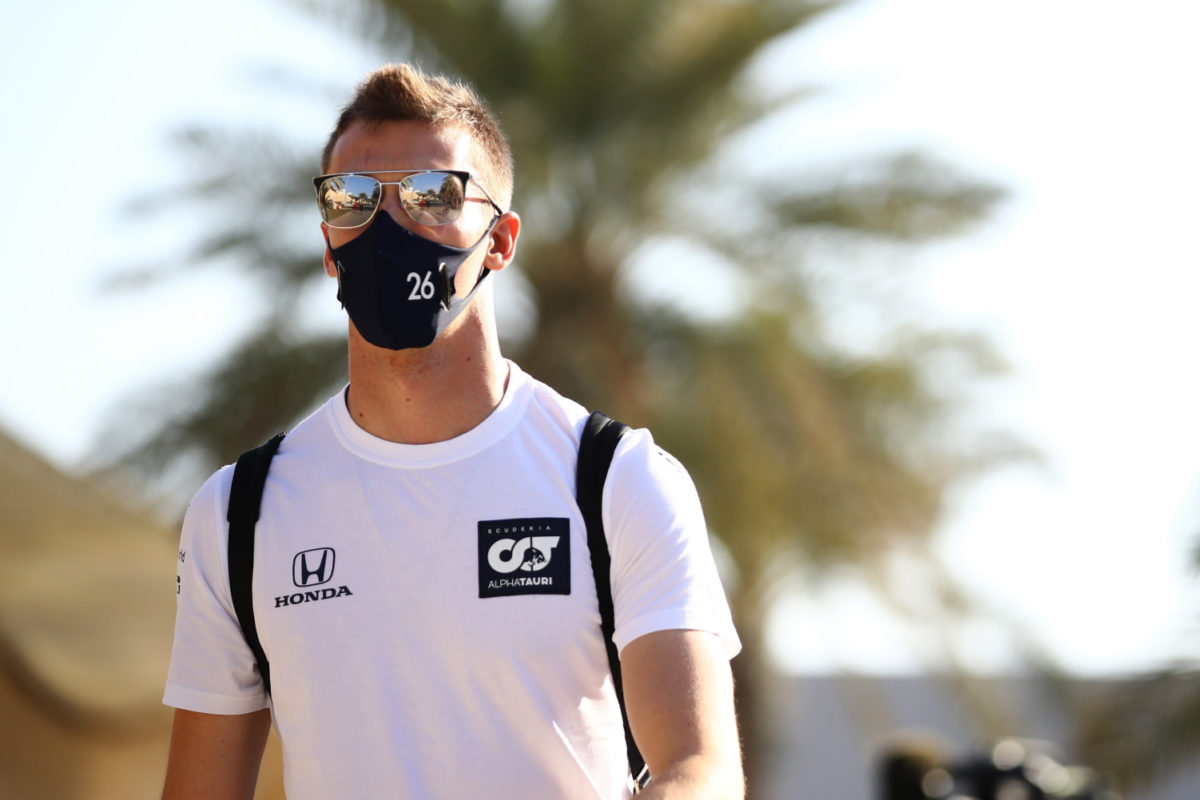