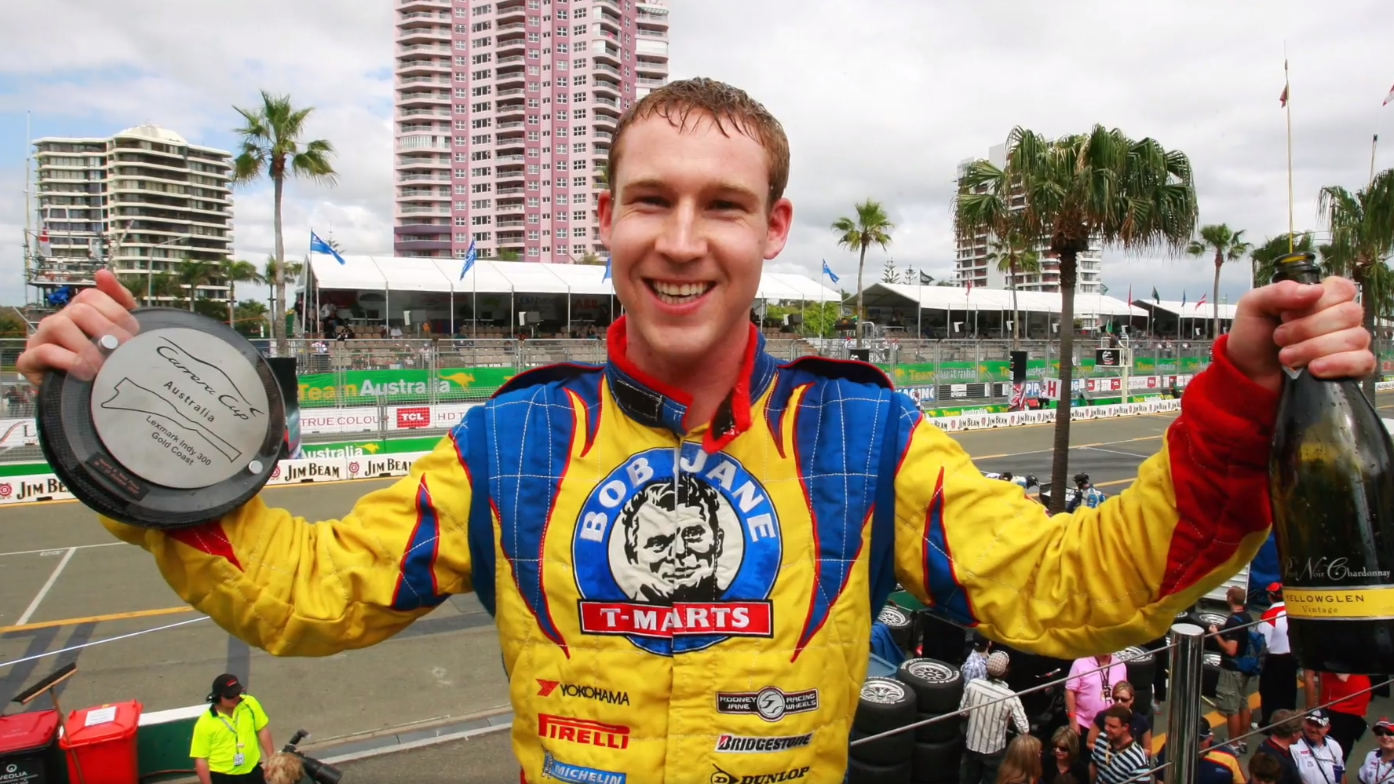 Sonic Motor Racing Services boss Mick Ritter has detailed the struggles that nearly saw David Reynolds out of a Porsche drive in his formative years.

That year he won the single-seater title in his first full tilt, beating Tim Macrow and Steve Owen to the championship.

It was at that time that Ritter began investigating expanding his team’s operations into Porsche Carrera Cup Australia.

Off the back of winning the Formula Ford crown, Reynolds graduated to the Porsche ranks in 2005.

It was there that he faced the likes of Jim Richards, Jonathan Webb, Luke Youlden, and eventual champion Fabian Coulthard.

However, the then up-and-comer was knocked back after two sizeable crashes on the streets of Melbourne and then Adelaide in the opening two rounds of the year.

“Dave was super quick in a very short period of time,” said Ritter.

“I think we had done maybe 40 or 50 laps of Calder (Park) leading into the (Australian) Grand Prix. The grand prix was the first round that year.

“Dave was basically straight on the pace in practice, but ended up having a huge shunt and didn’t make the rest of the weekend. That was our initiation into Porsche and Carrera Cup.

“That, unfortunately, continued to get tougher come Adelaide in a few weeks’ time after two to three weeks of a huge amount of work here with a very limited small number of people to turn the car around for Adelaide.

“Unfortunately, Dave had another big shunt. It made the grand prix one probably look pretty small.

“I’ll never forget opening the back door of the trailer on the Monday morning after Adelaide to get the car out and found the engine basically fell out of the back of the car on the way home from Adelaide.

“I think it was held in with an earth strap. It was an interesting foray.”

After two low scoring rounds to start the year, Reynolds rebounded with a string of strong finishes.

Ultimately, Reynolds claimed fifth in 2005 before finishing third in 2006 and winning the title in 2007, all with Ritter.

However, it nearly never happened after the crashes at the beginning of 2005 cast a cloud over whether he could afford to continue.

“After Dave’s interesting start and tough start to that 2005 season, it was actually a bit touch and go for a while as to whether he’d be able to carry on,” said Ritter.

“Financial pressures at that time were pretty tough and the whole thing became pretty tough. His confidence took a big hit and it took some time to rebuild and recover from that.

After winning Carrera Cup, Reynolds stepped up to the Super2 Series (then known Fujitsu Series) where he finished fourth behind Owen, Dean Canto, and Webb.

One year later he joined the Supercars Championship as a full-time driver.

CLICK HERE to watch Episode 6 of The Sonic Story