Improving Ferrari confident ahead of latest ever Bahrain GP

Improving Ferrari confident ahead of latest ever Bahrain GP 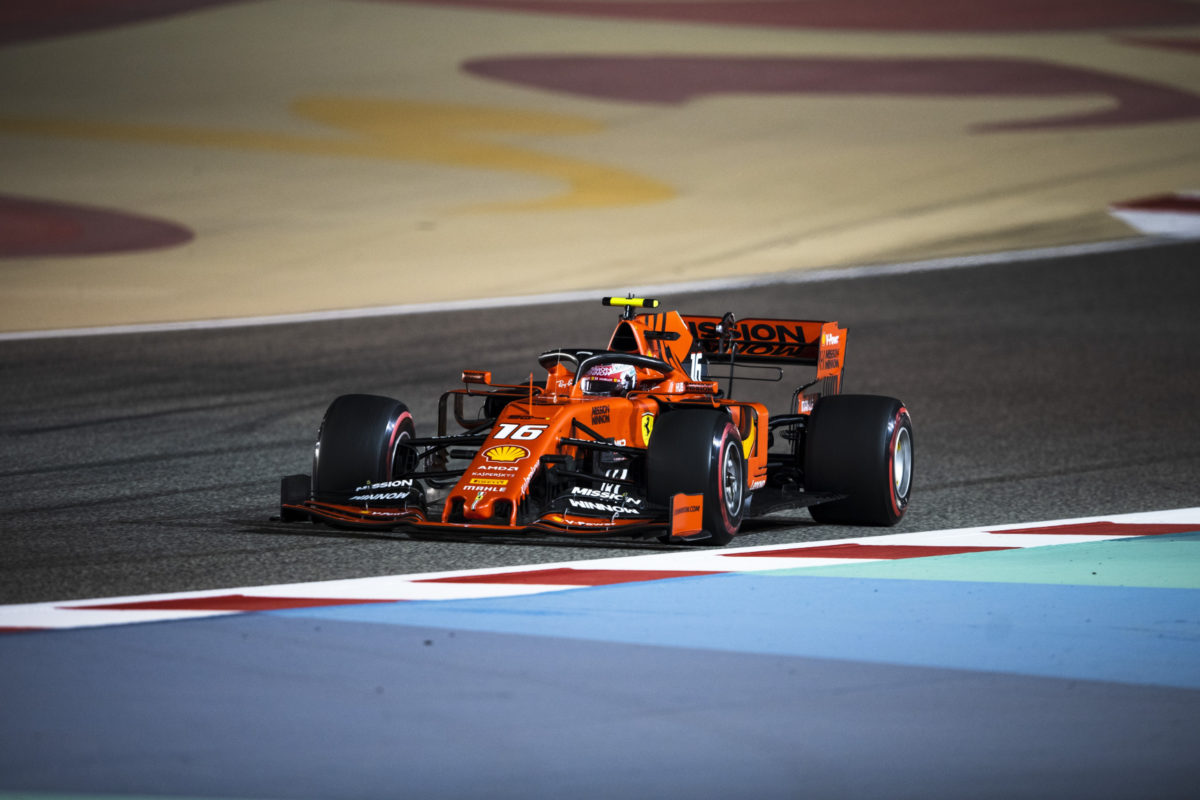 Charles Leclerc took his maiden pole at Bahrain 12 months ago

Sebastian Vettel and Charles Leclerc are confident Ferrari can capitalise on the team’s upswing in form in the latest ever staging of a Bahrain Grand Prix.

The Scuderia recorded its best result of 2020 at the last-start Turkish Grand Prix as Vettel led a three-four finish for the team, with Ferrari “more confident” in its 2020 car having scored 43 per cent of its total season points in the last four races.

This weekend’s Bahrain Grand Prix should have been the second race of the season, initially scheduled on 22 March, before it was postponed as a result of the COVID-19 pandemic.

The previous latest date a Bahrain Grand Prix has been staged was April 26 back in 2009, with 2007’s race the earliest on March 12.

The Bahrain venue will host a double-header in 2020, with next weekend’s inaugural Sakhir Grand Prix to be held on the shorter ‘oval’ layout.

While Ferrari enjoys a decorated history in Bahrain, with the Scuderia claiming five victories, the team isn’t expected to challenge for victory in 2020.

However, Vettel, who claimed a first podium of the season last time out at Istanbul Park, is eager to see how the red cars can perform under lights in Bahrain.

“The Sakhir circuit has always been very demanding for the drivers and the cars,” the four-time world champion said.

“From inside the car, the ambient temperature is a feature, because in this desert location, at some parts of the day the heat can be very high.

“The characteristics of the track put a premium on traction and also provide a stern test for the brakes, which come under a lot of stress over the course of a lap.

“It’s what we drivers call a stop-go track because you are continually having to brake heavily and then accelerate hard.

“We never raced in Bahrain this late in the year, but it won’t change very much in terms of the temperatures.

“We’ve seen that the car has improved over the past few races and I’m keen to see how competitive we can be at this track.”

Ferrari has locked out the front row in qualifying in the last two Bahrain races, with Leclerc missing out on making it three wins in succession for the team last year after he suffered a late mechanical drama.

“(Bahrain) is quite unusual in that, because of various factors, the situation changes continuously over the course of the weekend,” said Leclerc, who is just three points off fourth place in the drivers’ points standings.

“In the first sessions, the track is very dirty from all the sand that blows across its desert location. Bit by bit as the track cleans up, its abrasive nature gives the tyres a hard time.

“The light and temperature also change all the time, starting at dusk on a very hot track and the sun low in the sky, but as the race goes on, the track temperature drops and you have to adapt your driving style.

“I’ve got good memories of last year, even if it didn’t end as well as it could have done. I hope we can continue the trend of the last few races in which we have been more and more competitive.”

Free Practice 1 for the Bahrain Grand Prix will commence at 22:00 AEDT on Friday.