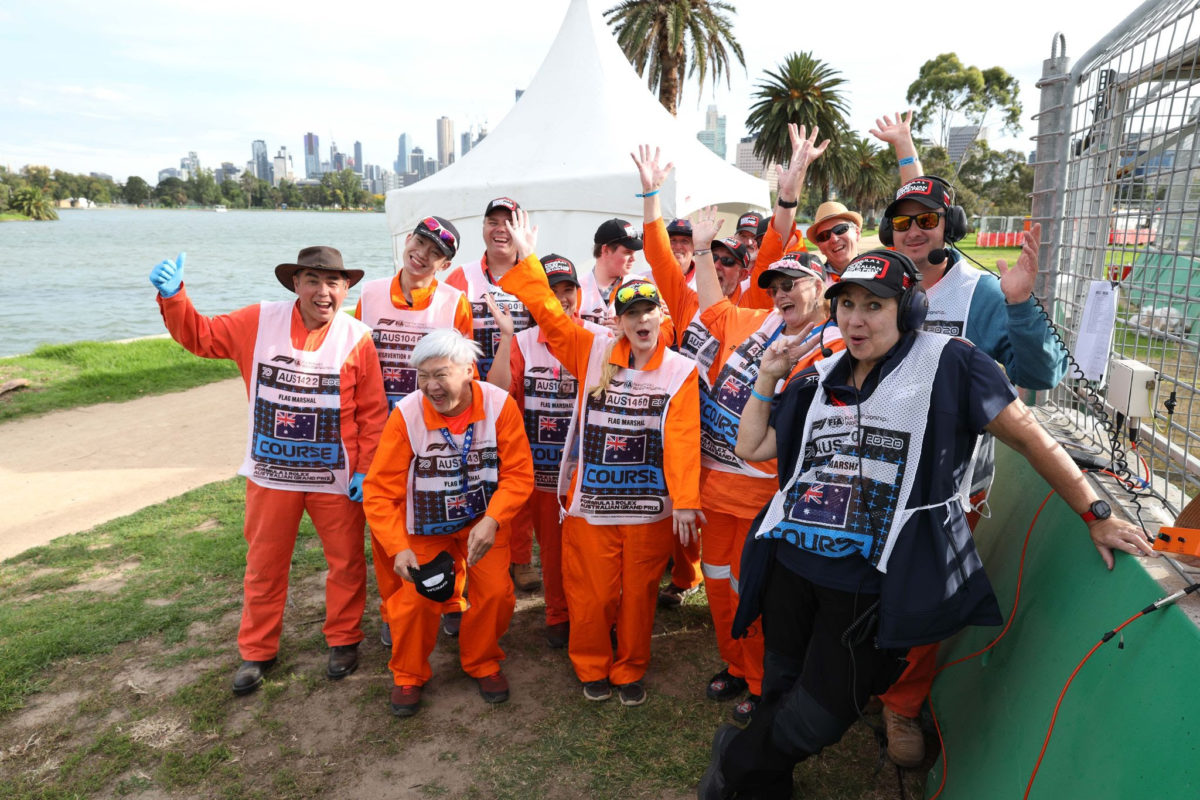 Volunteer officials working at the 2020 Formula 1 Australian Grand Prix have been named the FIA’s Best Team of Officials of the Season.

The accolade comes following an aborted event that only saw track action take place on Thursday.

On the Friday morning, the event was cancelled after McLaren withdrew from the opening round of the Formula 1 season.

Throughout the turmoil of that morning, more than 900 officials still headed to their posts in anticipation of the day’s track activity.

“The efforts of the Formula 1 Australian Grand Prix 2020 Officials Team was a true show of commitment and dedication in what was a really challenging and unique situation for so many people,” said Andrew Fraser, Motorsport Australia’s incoming President.

“It would have been very easy for this group to have simply not turned up for duty in what was a rapidly changing environment, but to their credit the officials turned up in numbers and were ready to go had the track action been able to get underway.

“Of course, we are eternally grateful to all 11,000 officials who make the sport so great and I think I can speak on behalf of all competitors and event organisers in saying how proud and thankful the motorsport community is for their ongoing efforts.”

Eugene Arocca, CEO of Motorsport Australia, added: “Having been in the muster tent with the officials team on the Friday, it was truly inspiring to see the positive attitude of the officials who were ready to go despite the uncertainty.

“Even when the cancellation was announced, all the officials returned to the muster tent with a positive attitude and were very understanding of why the decision had been made and were prepared to assist however they could.

“Our officials continually inspire us and we know that without them, motorsport, including the Formula 1 Australian Grand Prix, would simply not be able to go ahead year-in, year-out.”

The award comes as the FIA celebrates Volunteers’ Week, and is the latest in a string of success for Australian volunteers in world motorsport in recent years.