A who’s who of Australian motorsport gathered today to celebrate the 90th birthday of touring car legend John French at the new Gold Coast Motor Museum.

More than 100 guests attended the morning tea which also included a tour of the new museum recently opened by brothers Grant and Carl Amor.

Traditionally, the gathering is an annual reunion hosted by motor racing stalwart Ian Maudsley in August, but COVID-19 restrictions meant this year’s event had to be cancelled.

“We made a call early to cancel our traditional August reunion, but when we realised that it was Frenchy’s 90th birthday, it gave us an excuse to pull something together,” said Maudsley.

“It is disappointing we could not have our normal list of interstate guests, but everyone is already talking about being back together bigger and better in 2021.

“This year has been such a tough experience for everyone on so many levels, so we were fortunate to have the opportunity to get today’s event together.

“Everyone is a year older and I guess all that means is that the stories get a bit larger.

“The one thing we all agree with is that if we are all going as well as Frenchy at 90, we will all be doing pretty well.”

One of the stars of today’s turnout was Johnson, a five-time Australian Touring Car Champion and three-time Bathurst 1000 winner, and several of the crew that worked on the original car.

Johnson and French drove the #17 Tru-Blu XD Falcon to a victory at Bathurst in 1981.

Ironically, that car was also on display at today’s function, on loan from the Bowden family on the Sunshine Coast, as was its major sponsor Ross Palmer, from Palmer Tube Mills.

“We (him and French) have been mates for my entire racing career,” said Johnson.

“He is probably one of the most underrated drivers that has been produced in this country.

“He might be 90, but he is still as sharp as a tack and still has that terrific sense of humour.”

Some of the interstate legends who had to offer their apologies because of border restrictions included Allan Moffat, Fred and Christine Gibson, Colin and Robyn Bond, Bob Holden and Spencer Martin

The annual reunion started five years ago when Maudsley and some racing mates gathered to toast former touring car ace Leo Geoghegan when they could not attend his funeral.

Maudsley, who was involved in the sport as a mechanic and roustabout for several leading teams in the 1970s and 1980s, puts together the private function each year with his wife Val.

While a private, invite only affair, the reunion has grown into one of the biggest annual gatherings for the sport in the country.

French, who won the Australian GT Championship in 1962 driving a Centaur-Waggott and the Sandown 500 in 1969 in a Ford Falcon GTHO with Moffat, was delighted with today’s surprise event.

“It is just so great to see so many people here,” said French.

“As they say, the older we get the faster we were. 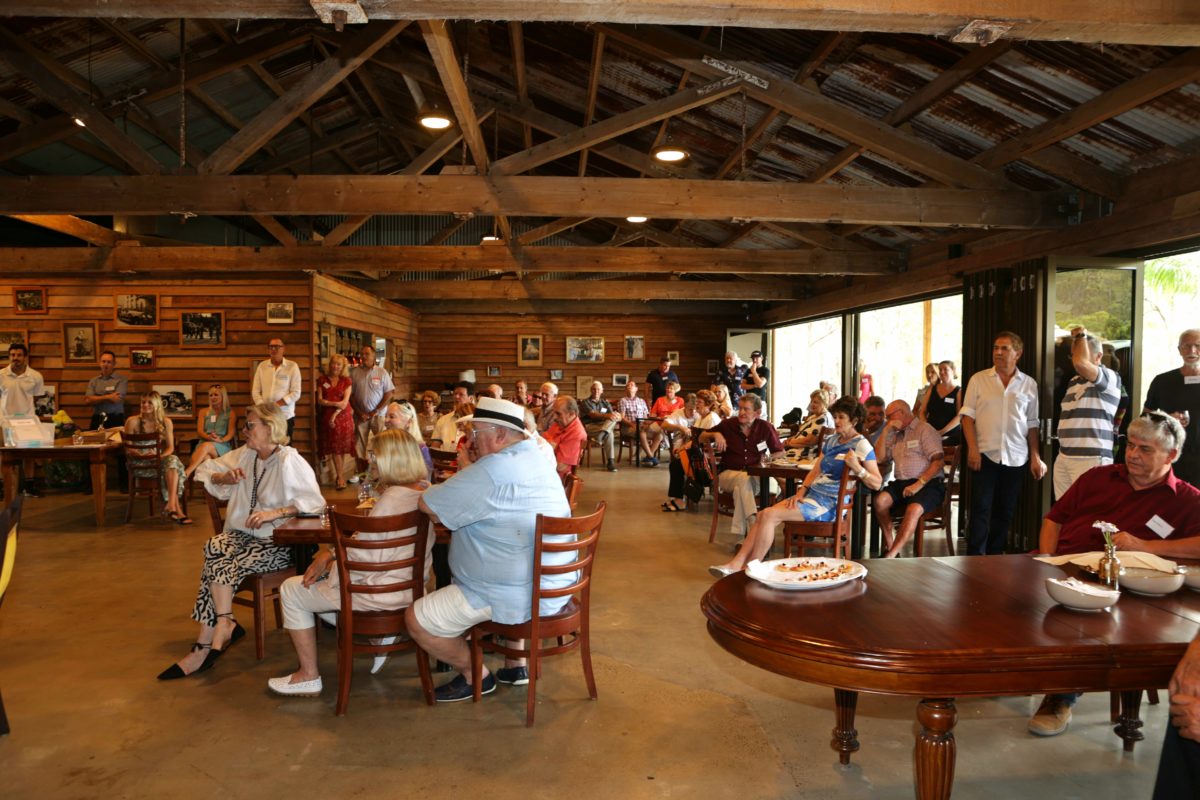